You might not think of self-driving technologies and politics having much in common, but at least in one way, they overlap meaningfully: yesterday’s enemy can be tomorrow’s ally.

Such was the message we gleaned Thursday night at a StrictlyVC event in San Francisco, where we had the chance to sit down with Chris Urmson, the co-founder and CEO of Aurora, a company that (among many others) is endeavoring to make self-driving technologies a safer and more widely adopted alternative to human drivers.

It was a big day for Urmson. That morning, his two-year-old company announced a whopping $530 million in Series B funding, a round that was led by top firm Sequoia Capital and that included “significant investment” from T. Rowe Price and Amazon.

The financing for Aurora — which is building what it calls a “driver” technology that it expects to eventually integrate into cars built by Volkswagen, Hyundai and China’s Byton, among others — is highly notable, even in a sea of giant fundings. Not only does it represent Sequoia’s biggest bet yet on any kind of self-driving technology, it’s also an “incredible endorsement” from T. Rowe Price, said Urmson Thursday night, suggesting it demonstrates that the money management giant “thinks long term and strategically [that] we’re the independent option to self-driving cars.”

Even more telling, perhaps, is the participation of Amazon, which is in constant competition to be the world’s most valuable company, and whose involvement could lead to a variety of scenarios down the road, from Aurora powering delivery fleets overseen by Amazon, to Amazon acquiring Aurora outright. Amazon has already begun marketing more aggressively to global car companies and Tier 1 suppliers that are focused on building connected products, saying its AWS platform can help them speed their pace of innovation and lower their cost structures. In November, it also debuted a global, autonomous racing league for 1/18th scale, radio-controlled, self-driving four-wheeled race cars that are designed to help developers learn about reinforcement learning, a type of machine learning. Imagine what it could learn from Aurora.

Indeed, at the event, Urmson said that as Aurora had “constructed our funding round, [we were] very much thinking strategically about how to be successful in our mission of building a driver. And one thing that a driver can do is move people, but it can also move goods. And it’s harder to think of a company where moving goods is more important than Amazon.” Added Urmson, “Having the opportunity to have them partner with us in this funding round, and [talk about] what we might build in the future is awesome.” (Aurora’s site also now features language about “transforming the way people and goods move.”)

The interest of Amazon, T. Rowe, Sequoia and Aurora’s other backers isn’t surprising. Urmson was the formal technical lead of Google’s self-driving car program (now Waymo). One of his co-founders, Drew Bagnell, is a machine learning expert who still teaches at Carnegie Mellon and was formerly the head of Uber’s autonomy and perception team. Aurora’s third co-founder is Sterling Anderson, who led Tesla’s Autopilot team. 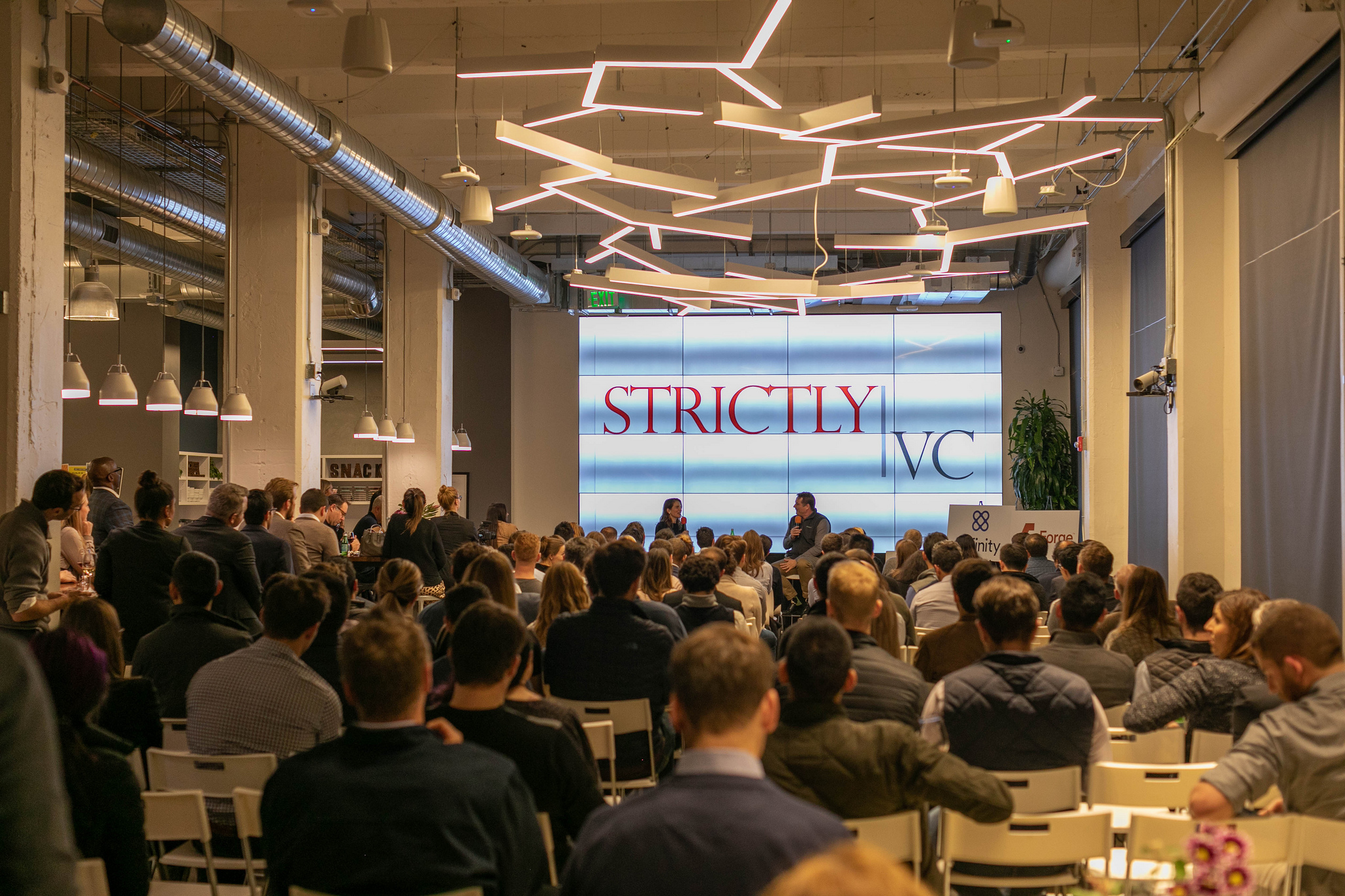 Aurora’s big round seemingly spooked Tesla investors, in fact, with shares in the electric car maker dropping as media outlets reported on the details. The development seems like just the type of possibility that had Tesla CEO Elon Musk unsettled when Aurora got off the ground a couple of years ago and Tesla immediately filed a lawsuit against it, accusing Urmson and Anderson of trying to poach at least a dozen Tesla engineers and accusing Anderson of taking confidential information and destroying the  evidence “in an effort to cover his tracks.”

That suit was dropped two and a half weeks later in a settlement that saw Aurora pay $100,000. Anderson said at the time the amount was meant to cover the cost of an independent auditor to scour Aurora’s systems for confidential Tesla information. Urmson reiterated on Thursday night that it was purely an “economic decision” meant to keep Aurora from getting further embroiled in an expensive spat.

But Urmson, who has previously called the lawsuit “classy,” didn’t take the bait on Thursday when asked about Musk, including whether he has talked in the last two years with Musk (no), and whether Aurora might need Tesla in the future (possibly). Instead of lording Aurora’s momentum over the company, Urmson said that Aurora and Tesla “got off on the wrong foot.” Laughing a bit, he went on to lavish some praise on the self-driving technology that lives inside Tesla cars, adding that “if there’s an opportunity to work with them in the future, that’d be great.”

Aurora, which is also competing now against the likes of Uber, also sees Uber as a potential partner down the line, said Urmson. Asked about the company’s costly self-driving efforts, whose scale has been drastically downsized in the 11 months since one of its vehicles struck and killed a pedestrian in Arizona, Urmson noted simply that Aurora is “in the business of delivering the driver, and Uber needs a lot of drivers, so we think it would be wonderful to partner with them, to partner with Lyft, to partner [with companies with similar ambitions] globally. We see those companies as partners in the future.”

He added, when asked for more specifics, that there’s “nothing to talk about right now.”

Before Thursday’s event, Aurora had sent us some more detailed information about the four divisions that currently employ the 200 people that make up the company, a number that will obviously expand with its new round, as will the testing it’s doing, both on California roads and in Pittsburgh, where it also has a sizable presence. We didn’t have a chance to run them during our conversation with Urmson, but we thought they were interesting and that you might think so, too.

Below, for example, is the “hub” of the Aurora Driver. This is the computer system that powers, coordinates and fuses signals from all of the vehicle’s sensors, executes the software and controls the vehicle. Aurora says it’s designing the Aurora Driver to seamlessly integrate with a wide variety of vehicle platforms from different makes, models and classes. 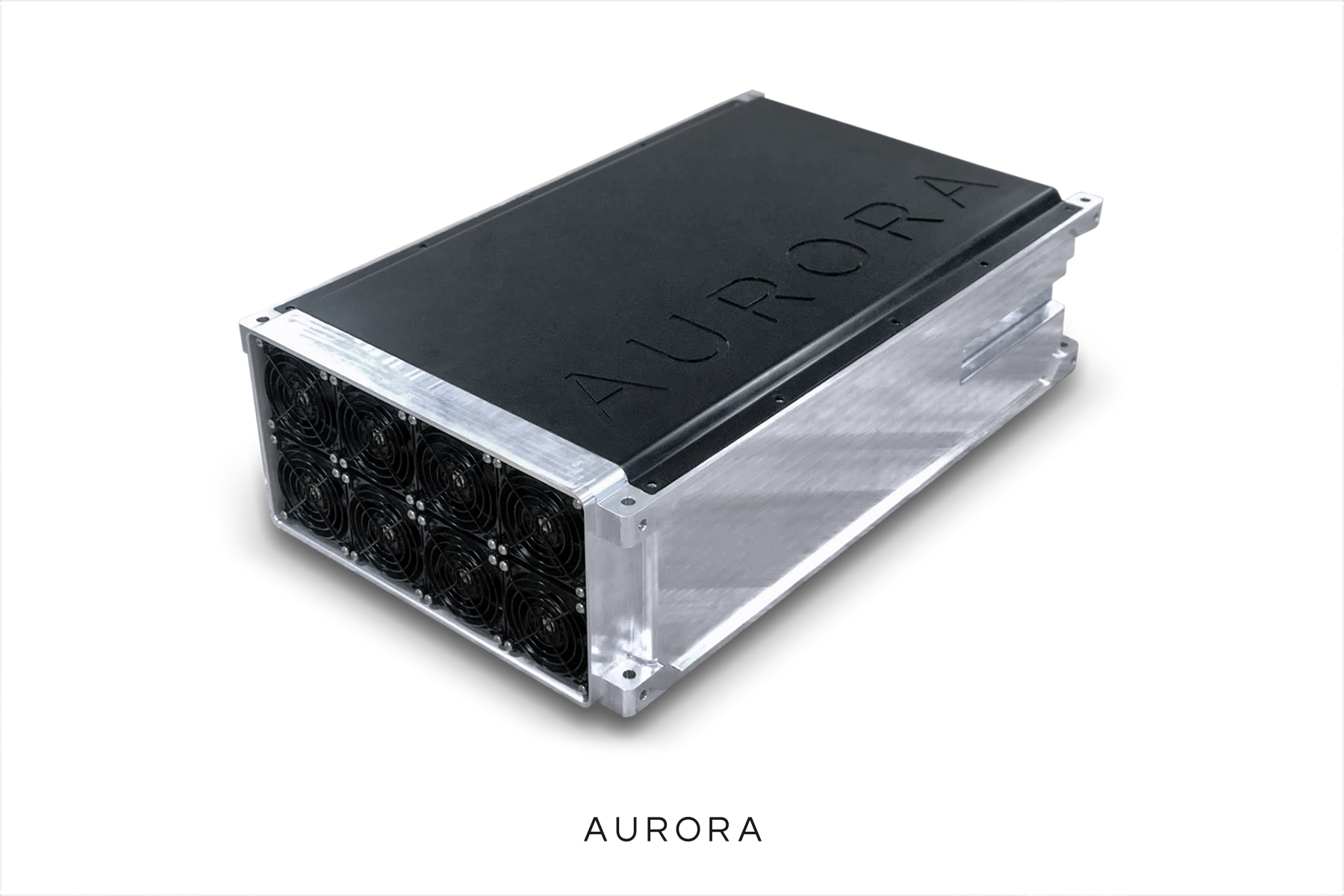 And here is a visual representation of Aurora’s perception system, which the company says is able to understand complex urban environments where vehicles need to safely navigate amid many moving objects, including bikes, scooters, pedestrians and cars. 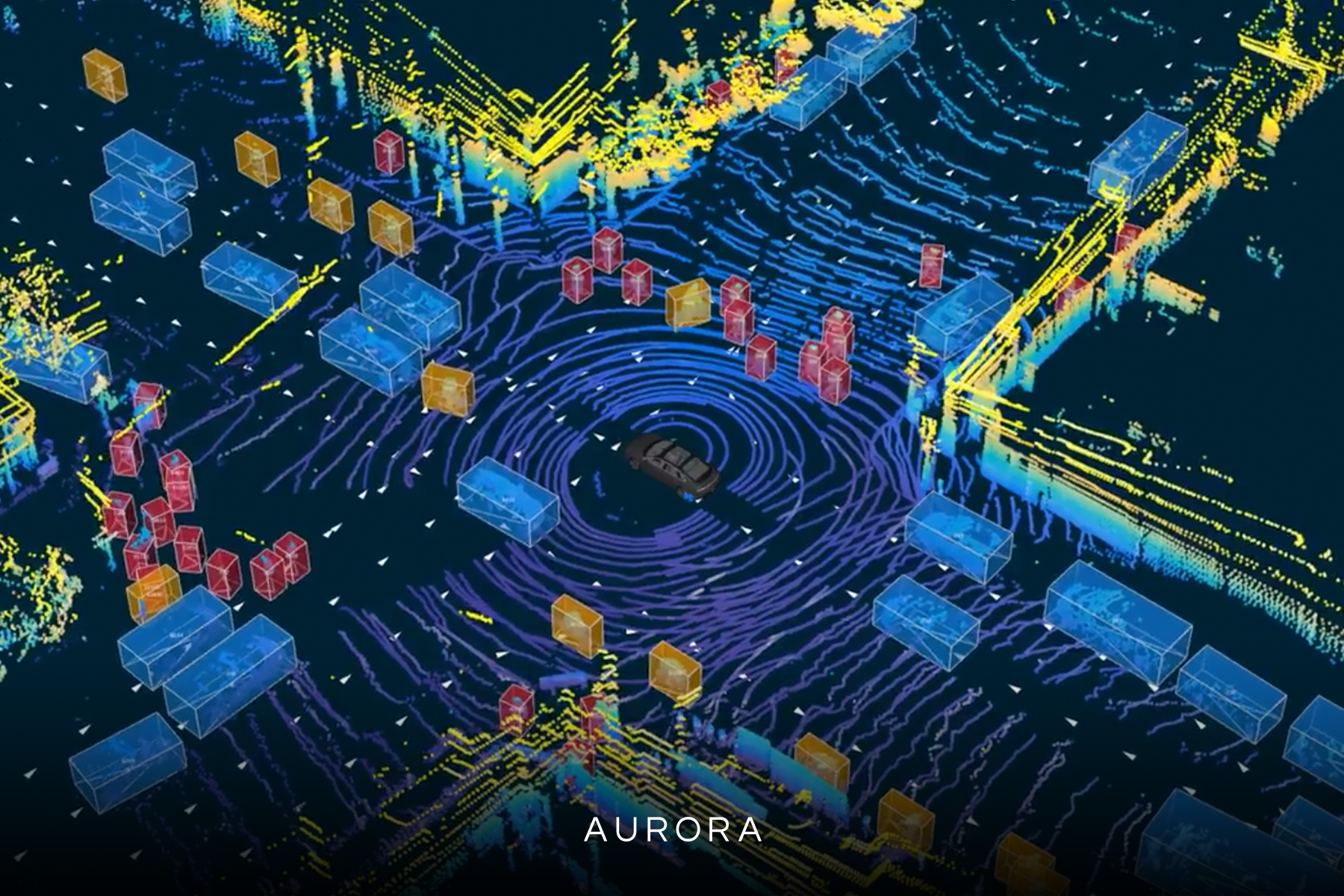 It didn’t imagine it would at the outset, but Aurora is also building its own mapping system to ensure what it (unsurprisingly) calls the highest level of precision and scalability, so vehicles powered by the company can understand where they are and update the maps as the world changes.

We asked Urmson if, when the tech is finally ready to go into cars, Aurora will white-label the technology or else its customers will use Aurora’s brand as a selling point. He said the matter hasn’t been decided yet but seemed to suggest that Aurora is leaning in the latter direction.

He also said the technology would be installed on the carmakers’ factory floors (with Aurora’s help). 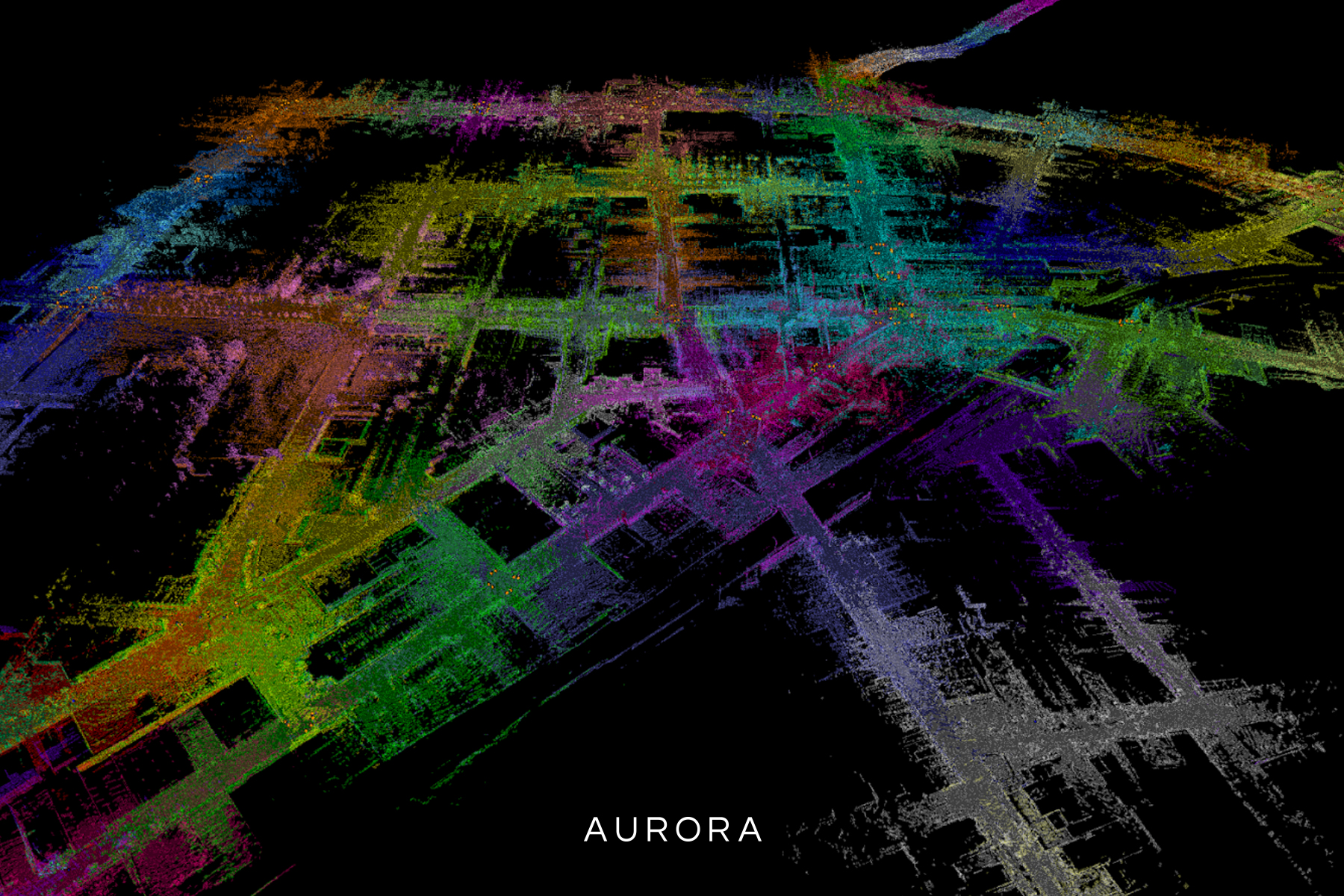 One of the ways that Aurora says it’s able to efficiently develop a robust “driver” is to build its own simulation system.

It uses its simulator to test its software with different scenarios that vehicles encounter on the road, which it says enables repeatable testing that’s impossible to achieve by just driving more miles. You can see a seemingly see a merger happening in the graphic. 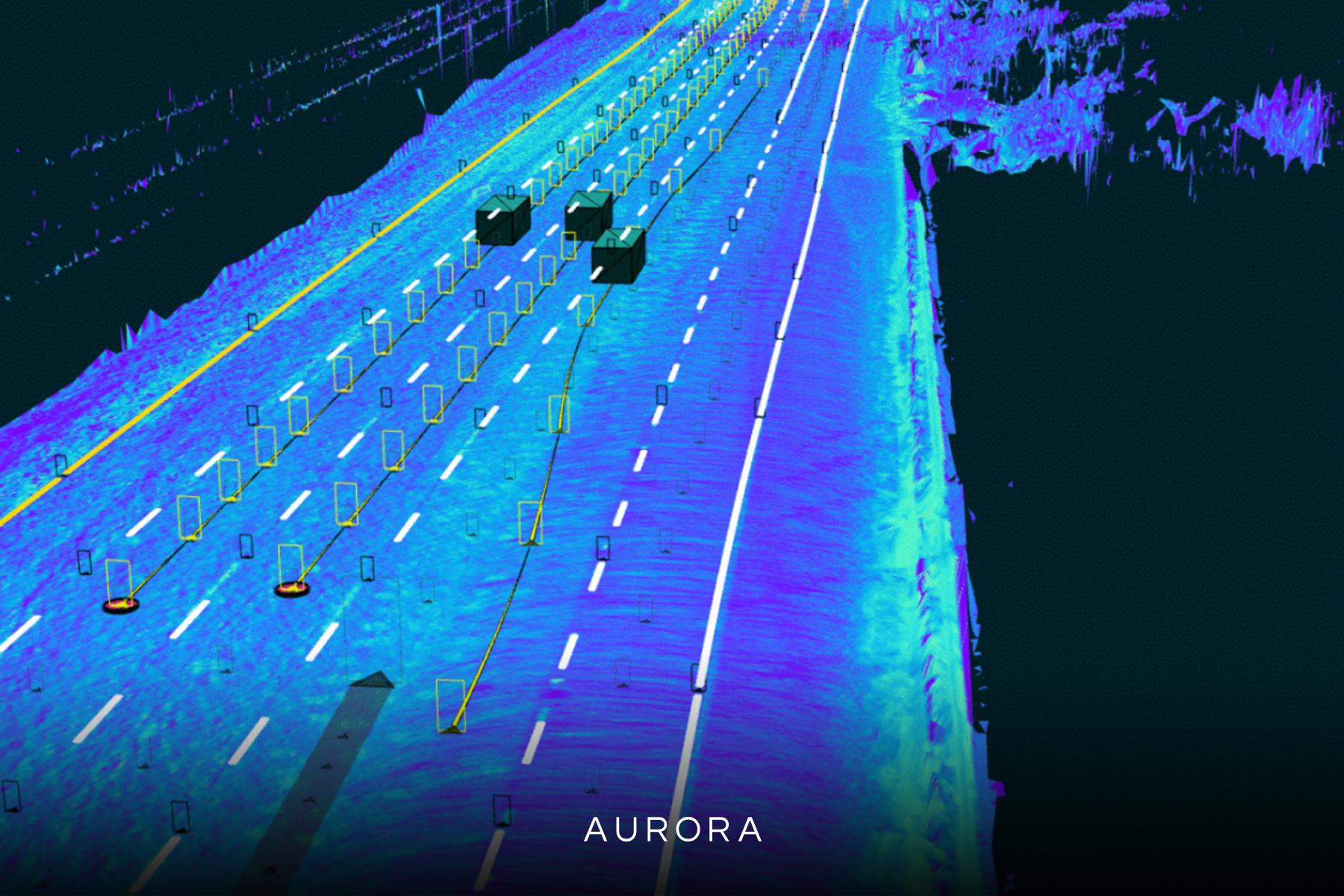 Aurora’s motion planning team works closely with the perception team to create a system that both detects the important objects on and around the road, and tries to accurately predict how they will move in the future. The ability to capture, understand and predict the motion of other objects is critical if the tech is going to navigate real-world scenarios in dense urban environments, and Urmson has said in the past that Aurora’s workflow in this area is superior to competitors that send the technology back and forth between teams.

Specifically, he told The Atlantic last year: “The classic way you engineer a system like this is that you have a team working on perception. They go out and make it as good as they can, and they get to a plateau and hand it off to the motion-planning people. And they write the thing that figures out where to stop or how to change a lane, and it deals with all the noise that’s in the perception system because it’s not seeing the world perfectly. It has errors. Maybe it thinks it’s moving a little faster or slower than it is. Maybe every once in a while it generates a false positive. The motion-planning system has to respond to that. 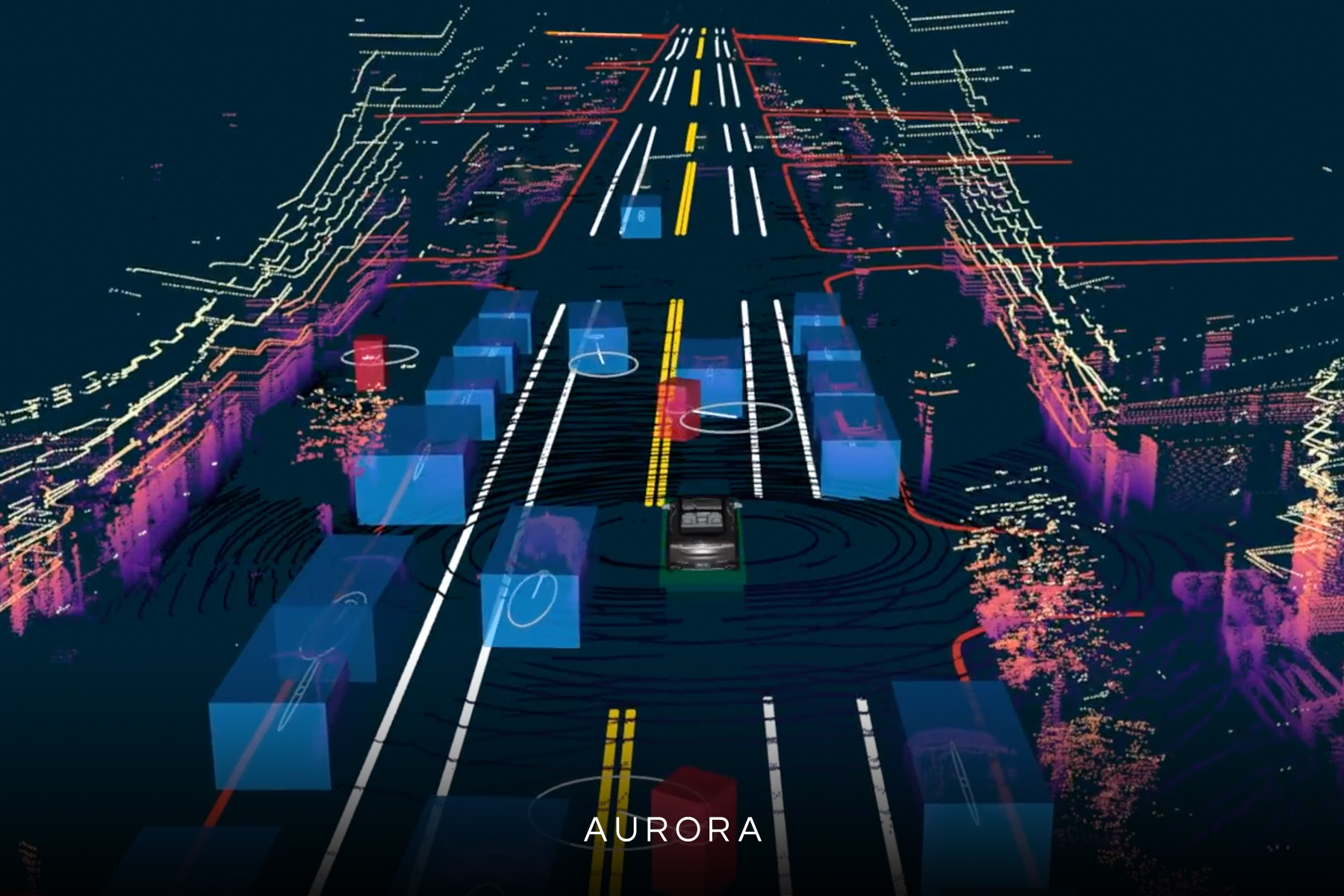 We also asked Urmson about Google, whose self-driving unit was renamed Waymo as it spun out from the Alphabet umbrella as its own company. He was highly diplomatic, saying only good things about his former employer and, when asked if the company ever challenged him on anything since leaving (as Tesla had challenged Anderson), he said it had not.

Still, he told us one of the biggest advantages that Aurora enjoys is that it was able to use the learnings of its three founders and to start from scratch, whereas big companies cannot.

As he also told TechCrunch in a separate interview last year, when it comes to creating effective self-driving tech, size matters less than one might imagine. “There’s this really easy metric that everyone is using, which is number of miles driven, and it’s one of those things that was really convenient for me in my old place [Google] because we’re out there and we were doing a hell of a lot more than anybody else was at the time, and so it was an easy number to talk about. What’s lost in that, though, is it’s not really the volume of the miles that you drive.” It’s about the quality of the data, he’d continued, suggesting that, for now, at least, Aurora’s is hard to beat.