It’s not often that you hear about a startup from Singapore with ambitions to expand to the U.S, but that’s exactly the goal for event booking service Delegate.

Founded in August 2015, the company aims to be a one-stop shop for booking an event; that covers corporate and professional functions, celebrations like weddings and more personal events such as birthdays or get-togethers.

Beyond the essential step of securing a venue, Delegate’s platform covers a range of different needs that include: food and beverage, photography and videography, flowers and decor, entertainment such as bands, invitation and gifts, event staff, production equipment and transport.

“We saw a huge gap in the market,” co-founders Melissa Lou and Jacqueline Ye, who both worked in the event industry prior to starting Delegate, told TechCrunch in a recent interview. “There was no one resource for finding events and resources.” 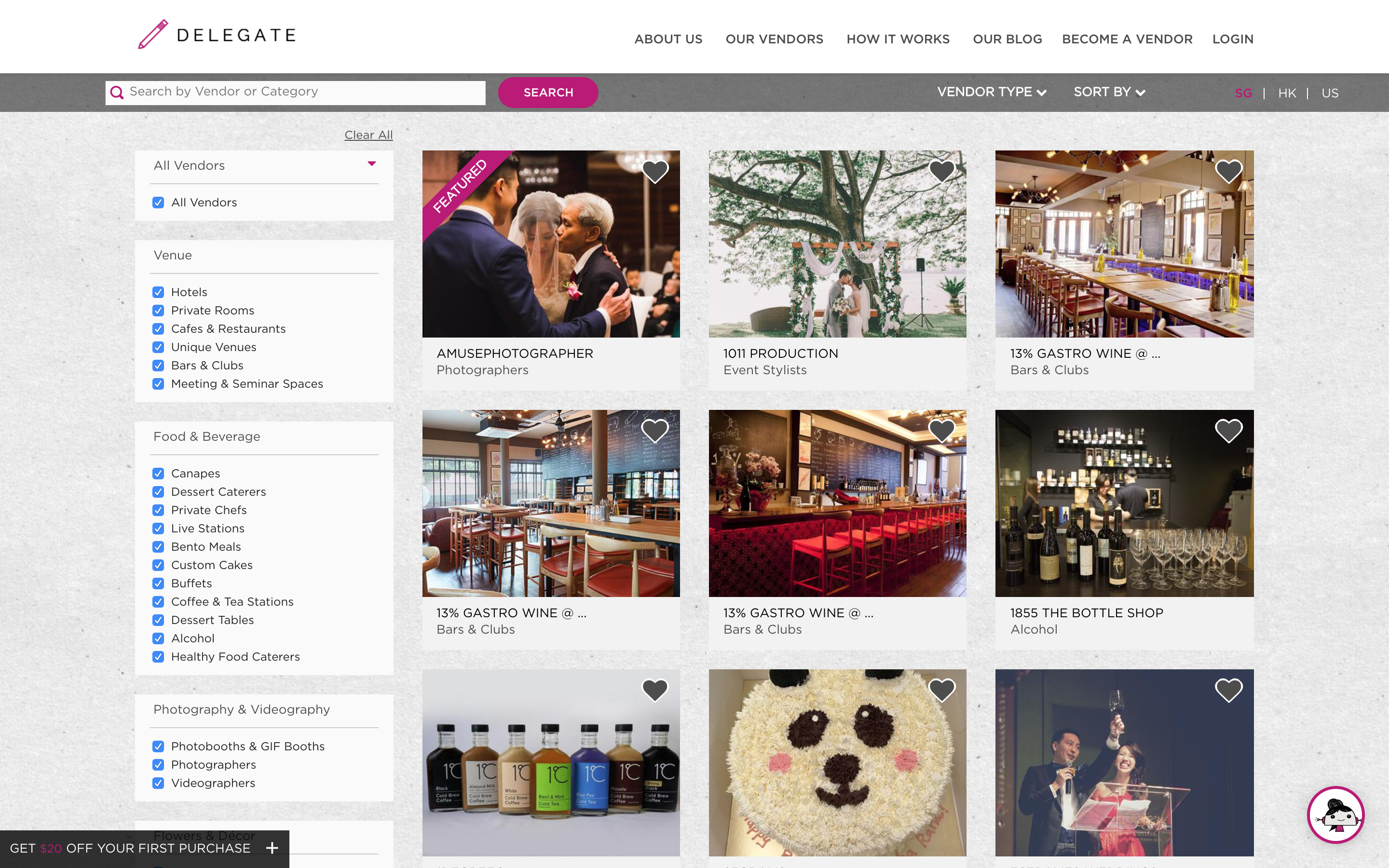 But, beyond being a booking platform for consumers, Delegate has a smart hook that attracts those on the venue and event hosting side. In addition to helping them generate bookings via its sites, Delegate offers a subscription “Pro” product that helps them manage daily operations, generate leads, collect bookings and handle collaborations with others in their supply chain.

There’s also an element of granularity with the consumer side of the business. Delegate has set up options to make the myriad suppliers, venues and more navigable for less-experienced customers. That includes a “deals” section for, well, deals and an inspiration board for the planning process, which is itself inspired by Pinterest’s visual approach.

Coming soon, the company hopes to add payment plans to help make it easier to pay for major events, as well as a new offering focused squarely on business users and API integrations for third-party services.

Lou and Ye started the business nearly four years ago with around 100 vendors thanks to their personal and business networks. Today, it claims 1,700 vendors and 70,000 users across Singapore and Hong Kong, its first expansion market. 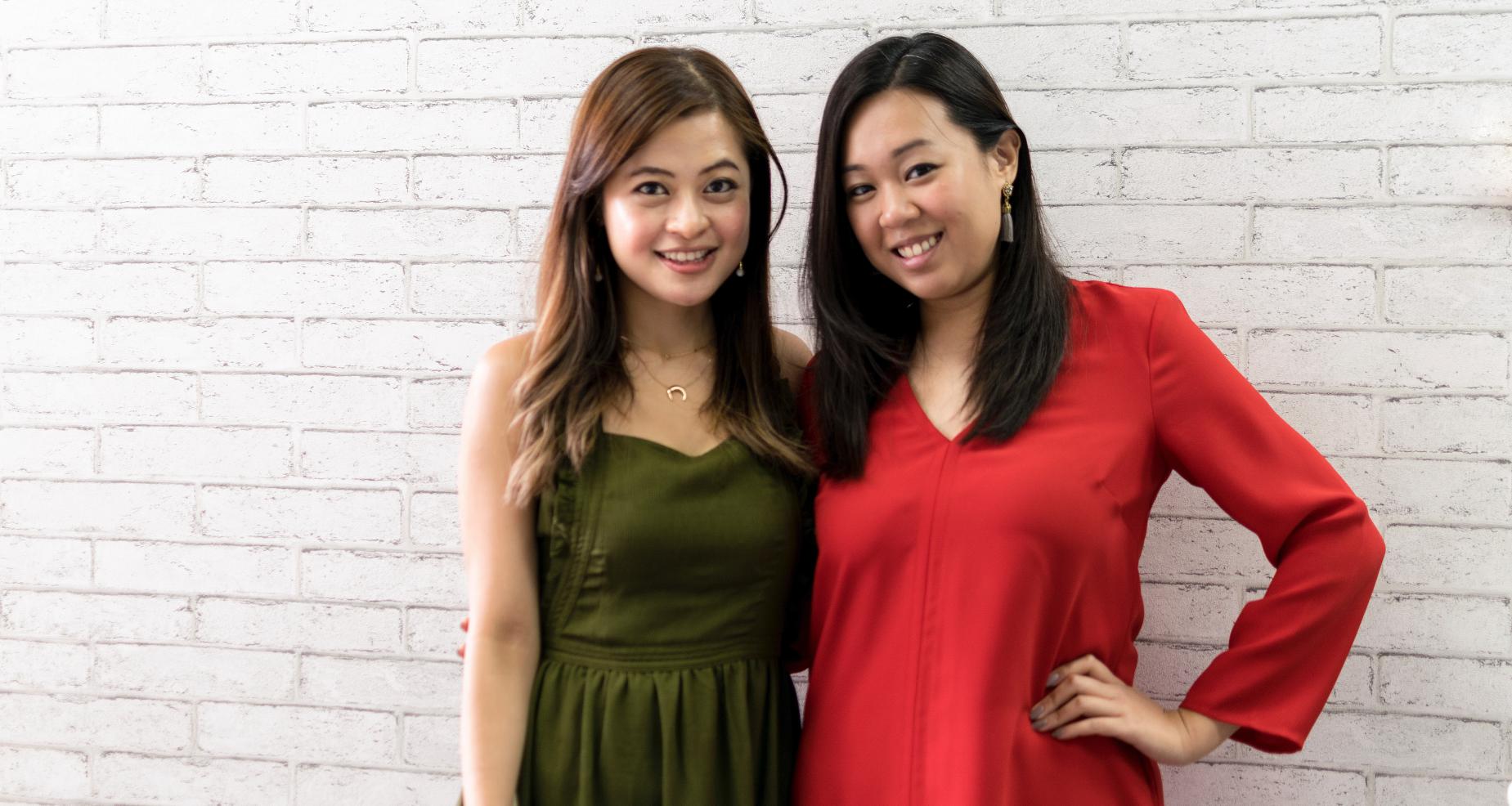 Delegate co-founders Jacqueline Ye and Melissa Lou (left and right) want to expand their service to the U.S. market.

Delegate is already present in two of Asia’s top event locations, where average spend is among the highest for the region. But because those countries are limited in size — Singapore’s population is just shy of six million, Hong Kong’s is around seven million — it makes sense that Delegate is now looking for its next moves. Lou and Ye said they plan to launch the service in “key cities” in Australia and the U.S. to tap what they see as lucrative markets, while Korea and Taiwan are also on the radar closer to home in Asia.

“We see these markets as a good fit for us,” Lou explained. “They have a fair share of corporate events already and, in particular, Australia is a good country because we have a good network there.”

Entering the U.S. might sound implausible to some, but already soft launches of the platform in LA and Austin have drawn interest from more than 100 vendors, the Delegate co-founders said. That’s without any major marketing push to either businesses or consumers, and it gives the company optimism. Already the U.S. is a listed location on their service but, for now, there are less than a dozen vendors and there’s no specific location.

Beyond early outreach, the company has raised funds for expansion. Last month, Delegate announced a $1 million pre-Series A round from an undisclosed family office (with apparent links to the event industry) and angel investors who founded Zopim, the Singapore-based startup that sold to Zendesk for around $30 million in 2014.

That network and SaaS expertise is likely to help with those ambitious global expansion plans, although Lou and Ye said they aren’t planning to raise their Series A just yet. They say they plan to stretch their runway and keep their costs lean, a practice the founders say they have stuck to since bootstrapping without outside funding for the first year of the business. It’s an unlikely bet for most startups in Southeast Asia, but if Delegate can gain even just a small foothold in the U.S, it would be a massive validation of its business model and niche, and no doubt precipitate that larger Series A round.