Rebag, an online resale marketplace for luxury handbags, is getting another infusion of capital as it prepares to expand its offline retail operations. The company this week announced $25 million in Series C funding, in a round led by private equity firm Novator, with participation from existing investors General Catalyst and FJ Labs.

The round brings Rebag’s total raise to date to $52 million.

Rebag competes with other luxury goods resellers, like TheRealReal, and to some extent with broader resale marketplaces like ThredUP or Poshmark, which also attract shoppers looking to buy quality pre-owned items. And it exists alongside large marketplaces like eBay, as well as rental shops like Rent the Runway, which offers an alternative to a site focused only on handbags.

In fact, Rebag founder and CEO Charles Gorra spent a brief period at Rent the Runway before leaving to start Rebag in 2014. At the time, he said he saw an immediate opportunity to not just rent the items, but to actually resell them on a secondary market.

Today, Rebag’s shop sells bags from more than 50 designer brands, including all the majors, like Chanel, Louis Vuitton, Hermes, Gucci and others.

However, in the years following Rebag’s launch, the company has expanded its offerings beyond just online resale to include brick-and-mortar retail and, more recently, a service called Rebag Infinity, which allows shoppers to turn in any Rebag handbag purchase within six months in exchange to receive a credit of at least 70 percent off their next purchase.

Last year, Rebag made headlines in the fashion world for selling the rare Hermès White Crocodile Himalayan Birkin collectible — typically a bag that costs more than $100,000 — for “just” $70,000, to celebrate the opening of its 57th Street and Madison Avenue store, its second Manhattan flagship location. 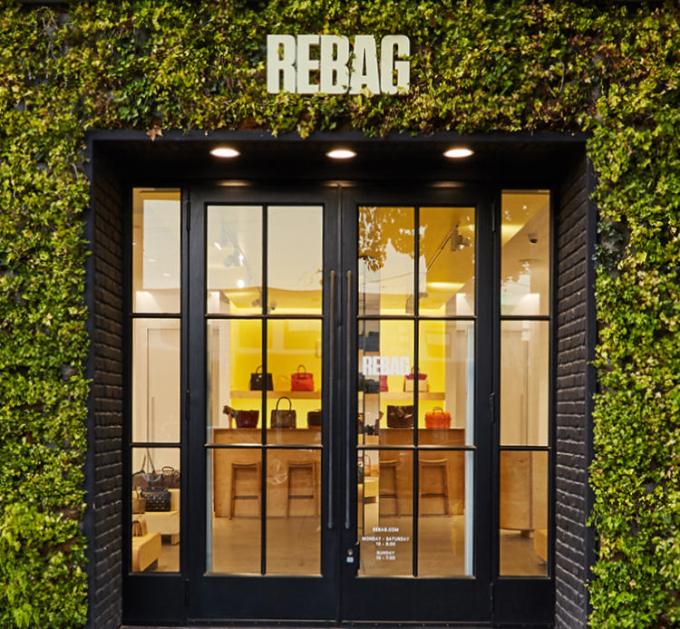 With the new funding, Rebag will expand its offline footprint, it says. The company currently operates five stores in New York and L.A. but plans to launch 30 more locations in the “medium term.” This will include both standalone storefronts, as well as presences within luxury malls.

It’s common for resale marketplaces these days to take their wares to offline shoppers. TheRealReal, Rent the Runway, ThredUP and others all today offer real-world locations, where shoppers can browse in person instead of just online.

Rebag says since it opened its retail stores last year, it moved from being a 100 percent digital operation to 80 percent digital and 20 percent offline. Its sourcing network also grew to include more than 20,000 stylists, partners, shoppers and sales associates.

With the funding, Rebag adds it will also refine its pricing and handbag evaluation tools aimed at standardizing the resale process, something that could represent another business for the brand (or make it attractive to an acquirer).

“We are a technology company first,” noted founder and CEO Charles Gorra, in a statement. “Our goal is to become the standard for the luxury resale industry, just like Kelley Blue Book is the main resource for the auto industry.”

Rebag doesn’t share its hard numbers about sales, revenues, valuation, customer base or others, but told us it has tripled revenues since its Series B.