1. Jeff Bezos accuses National Enquirer of blackmailing him — and publishes the details himself

Amazon CEO Jeff Bezos says he is being blackmailed with nude selfies by AMI, owner of the National Enquirer, over claims the publisher has acted as a political operative. In a Medium post, Bezos described the process by which he has been targeted by AMI.

AMI, meanwhile, says it was engaging in “good faith negotiations.”

This follows an investigation by TechCrunch that revealed major companies, like Expedia, Hollister and Hotels.com, were using a third-party analytics tool to record every tap and swipe inside the app.

3. Spotify will now suspend or terminate accounts it finds are using ad blockers

In an email to users, the streaming music and podcast platform said its new user guidelines “mak[e] it clear that all types of ad blockers, bots and fraudulent streaming activities are not permitted.” Accounts that use ad blockers in Spotify face immediate suspension or termination under the new rules, which go into effect on March 1. 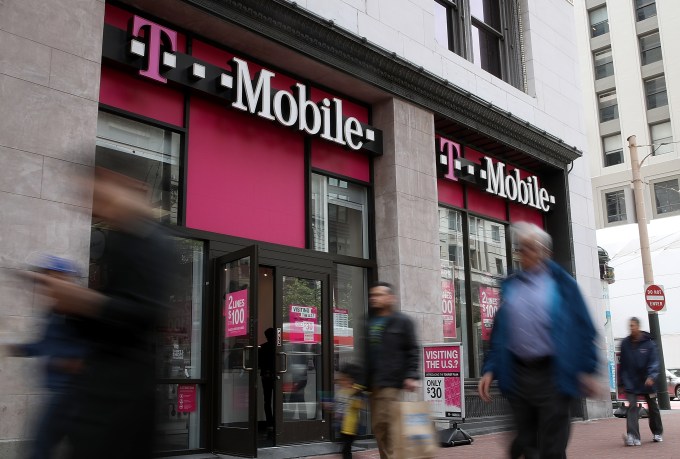 The mobile operator’s strategy will focus on helping customers pick and choose which paid TV subscriptions they want to access — a move that very much sounds like T-Mobile is going the “Amazon Channels” route with its mobile streaming plans.

Woody Allen filed a $68 million suit with the Southern District of New York over a four-picture deal with Amazon. The suit arrives as Allen’s latest film, “A Rainy Day in New York,” has been set in limbo, months after completion.

AT&T’s adoption of the “5G Evolution” label has already been controversial among industry followers and fellow carriers alike for watering down the meaning of next-gen connectivity — and now Sprint is looking to do something about it.