A new mobile banking startup called Step wants to help bring teenagers and other young adults into the cashless era. Today, cash is used less often, as more consumers shop online and send money to one another through payment apps like Venmo. But teenagers in particular are still heavily burdened with cash — even though they, too, want to spend their money on things that require a payment card, like Amazon.com purchases or mobile gaming, for example.

That’s where Step comes in.

The company aims to address the needs of what it believes is an underserved market in mobile banking — the 75 million children and young adults under the age of 21 in the U.S., who are still being forced to use cash. 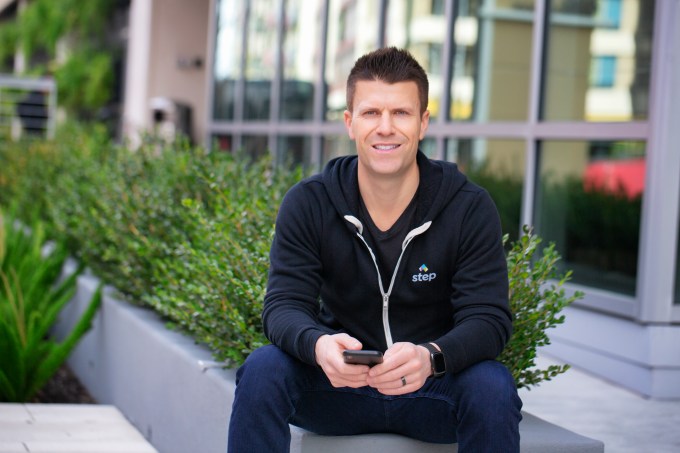 While there are a number of mobile banking apps out there today — like Chime, Monzo, Simple, Revolut and others — Step will specifically target teens, 13 and up, and other young adults with its marketing. Teens under 18 still need parents’ approval to sign up, of course. But the goal is to encourage the teens to bring the idea to their parents — not the other way around. 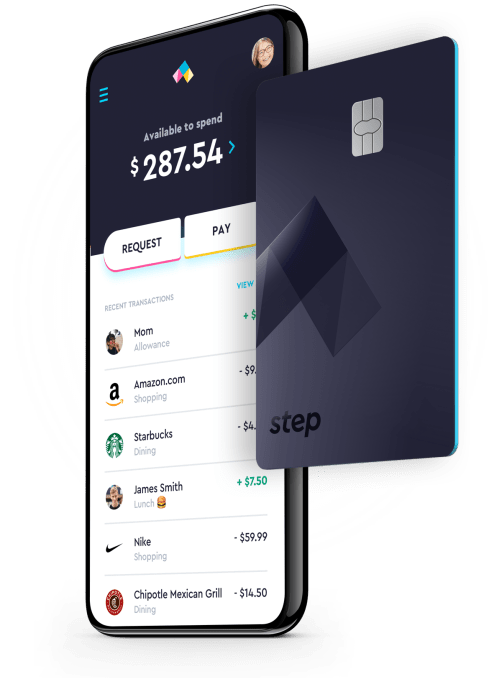 Step’s focus on this younger demographic puts it in a different space, where there are fewer competitors. Its more direct rivals are not the bigger mobile banks, but rather startups like teen debit card and bank app Current, or the parent-managed debit card for kids from Greenlight.

The mobile banking service Step provides will also aim to be more comprehensive than just a debit card. It will offer a combination of checking, savings and a Visa card that works as both credit and debit.

The card includes Visa’s Zero Liability Protection on all purchases from unauthorized use, and allows parents to set spending limits.

Parents will also be able to connect their own bank accounts to Step to instantly transfer in funds, which can then be distributed to kids’ accounts for things like allowances and chores, or other everyday spending needs. Step’s bank account itself is backed by Evolve Bank, so it’s FDIC-insured up to $250,000.

Unlike Current, which charges a subscription to use its service, Step aims to be a fee-free bank for consumers. Users don’t have to pay for their account, and there are no fees for things like overdrafts. Instead, Step’s plan is to generate revenue through traditional means — like interchange fees and by way of lending practices, once it has established a deposit base.

The company pays a 2.5 percent interest rate on deposits, offers a round-up savings feature and a range of budgeting tools and supports free instant transfers between Step accounts. It also provides access to a network of 35,000 ATMs with no fees.

“Schools do not teach kids about money. A lot of families don’t talk about money. And it’s a crucial life skill that’s not really addressed properly when people are growing up,” says MacDonald, who says he was lacking in life skills in this area, even as a young college grad.

“There were ‘Money 101’ skills that I had not learned — that no one had talked to me about. Things like building credit, how many credit cards you should have, debt to income ratio,” he continues. “A lot of people get released into the real world without experience [in those areas],” he says.

Long-term, after solving the needs associated with everyday banking transactions, Step wants to layer on other products and services — like tools that allow a family to save together for college, for example.

The company is launching the banking service under an invite-only system to scale up.

Today, it’s opening a waitlist and referral program. When you invite a friend, you each receive one dollar. Access will then be rolled out on a first-come, first-serve basis this spring. Users can join Step through the website, iOS or Android application.