Nvidia can’t stop falling. The company has cut its guidance for its upcoming earnings report. The company expects to generate $2.2 billion instead of $2.7 billion as it had previously announced.

Nvidia once again cites the same reasons that have led to its terrible, horrible, no good, very bad year. Just like many tech companies, Nvidia is affected by demand in China as well as tariffs.

This is just part of the story. Nvidia had a great 2017 because the company sold truckloads of GPUs. The company plans to release its earnings report on February 14 for its Q4 of fiscal 2019 that is supposed to end at the end of January.

Comparing Q4 2019 with Q4 2018 is going to be tough because it corresponds exactly to the cryptocurrency boom of the end of 2017. GPUs are quite useful when it comes to mining cryptocurrencies. It led to shortages and price spikes. Nvidia’s performances are going to look weak in comparison.

But Nvidia already knew that. The company says that demand has been lower than expected for high-end GPUs. It sounds like the new Nvidia GeForce RTX lineup isn’t selling as well as expected.

“Sales of certain high-end GPUs using NVIDIA’s new Turing™ architecture were lower than expected. These products deliver a revolutionary leap in performance and innovation with real-time ray tracing and AI, but some customers may have delayed their purchase while waiting for lower price points and further demonstrations of RTX technology in actual games,” the company says.

In other words, a combination of factors led to today’s revision. Let’s see if the company manages to get back on track when it comes to forecasting in the following quarters. 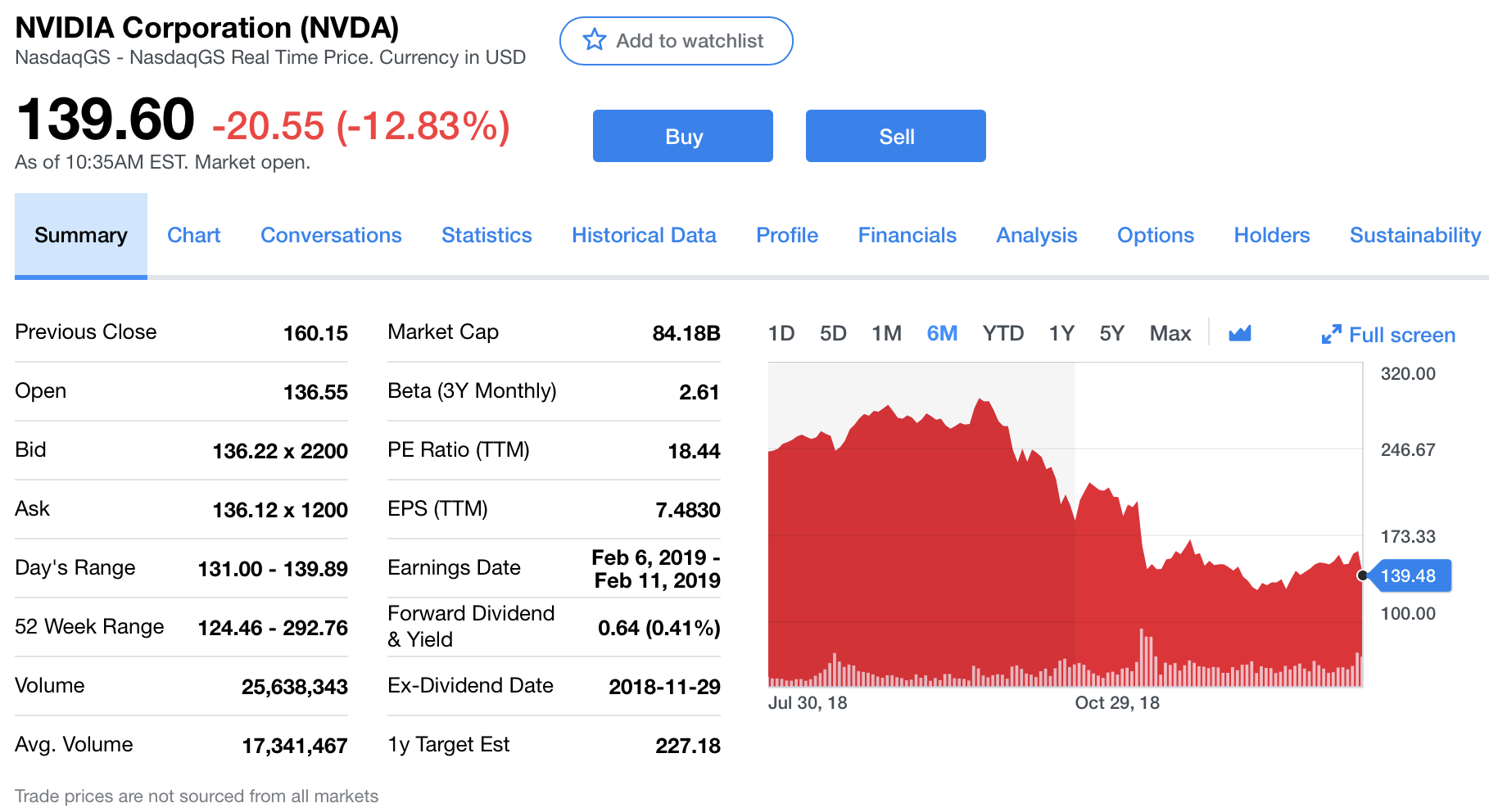