You’d be forgiven for being cynical. I’ve been seeing foldable display concepts for as long as I’ve been attending tech trade shows (which, quite frankly, is longer than I care to mention). Big names like Samsung and LG have been pumping countless R&D dollars into the technology in hopes of being first to next step in the evolution of the smart phone form factor.

The concept is nothing new, of course. The flip phone pre-dates the ubiquitous smartphone slab by decades. And a number of companies have tried to cheat the system. 2017’s Axon M was one of the more memorable attempts in recent memory — though that device amounted to little more than two screens jammed together on a hinge.

It bold and brash, but more than anything it was completely silly with an execution that left a lot to be desired. In my review, I called it “a fascinating mess.” But hey, ZTE deserves at least some credit for a run of products that attempted — with varying degrees of success — to buck the trend of samey smartphones. 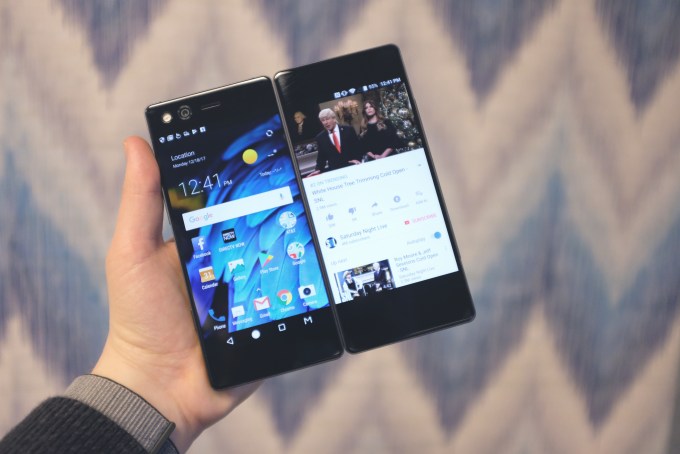 There are plenty of reasons to be pessimistic about the state of technology in 2019, but I humbly offer you a beacon of light. This is the year smartphones become fun again. With their back to the corner, facing flagging sales, smartphone makers are taking leaps. Hell, it’s still January, and we’ve already caught a glimpse of what’s to compete.

At the front of the charger are foldables. That seems to be the term we’ve settled on for now — and it suits the category just fine. What convertibles were to the laptop category, foldables are to phones. True foldables require the display itself to do the folding, so devices can ostensibly transform from a one-handed smartphone to a larger tablet.

The Axon M didn’t fit the description for a number of reason, not the least of which was the gap between the two displays, which, quite frankly, made for a pretty crappy movie viewing experience, among others. 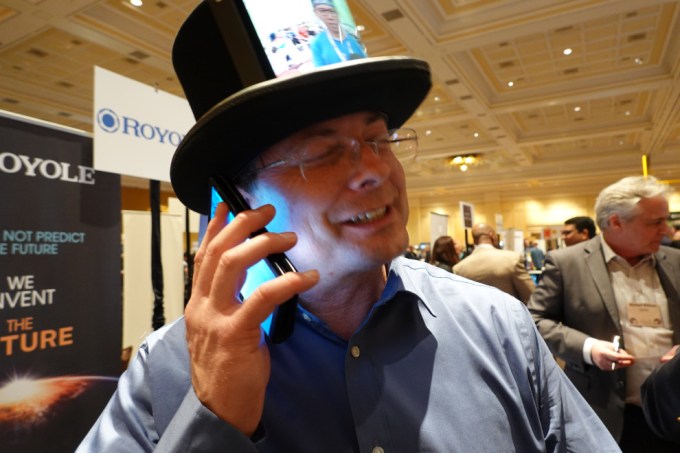 The first real foldable we’ve seen was a surprise contender. If the name “Royole” meant anything to you, prior to the Flex Pai, it was probably followed by the phrase “with cheese.” From the moment we first saw grainy footage of the handset, it was clear that being first and being best are rarely one and the same. “Folding screens are here,” I wrote at the time, “and they look crappy.”

I got some time with an updated version of the handset about a month later in China, and reappraised my initial impressions a bit. Even still, the Flex Pai didn’t and doesn’t strike me as much more than a little known company’s push bid to make a name for itself simply by being first.

Romain spent a bit more time with the device at CES, and appears to have come to similar conclusions. Royole does get credit for actually making the device a reality — even if it’s one that’s more developer focused than consumer. That does, of course, speak to a broader issue around usability.

It was a cause Google was happy to take up in November, when the company announced Android support for foldable displays. Like the notch before it, Google was attempting to get out ahead of the looming trend.

We just announced support for foldables at #AndroidDevSummit, a new form factor coming next year from Android partners.

Here’s how Android VP Dave Burke described the category at the time, “You can think of the device as both a phone and a tablet, Broadly, there are two variants — two-screen devices and one-screen devices. When folded, it looks like a phone, fitting in your pocket or purse. The defining feature for this form factor is something we call screen continuity.”

It’s going to be fascinating to see if the industry coalesces around a single form factor here. The Flex Pai is one of the simpler ones — essentially operating like a sheet of paper that (somewhat awkwardly) folds in half so you can slip it in your pocket.

The same day that Google announced Android support, Samsung (briefly) showed off its own version of the technology. In the whooping 45 seconds the company devoted to it during a its two-hour keynote, we caught a glimpse of what looks to be an early prototype. Here, the device sports a display on the outside and unfolds to reveal a larger display within.

The “Infinity Flex Display” appeared at first glance to be more sophisticated than Royole’s — but “glance” is really the operative word here. It was a big, blocky prototype that we’ll be hearing more about at Unpacked next month.

Excited to share this video of a special Xiaomi smartphone from our President and Co-founder Bin Lin. It is the world’s first ever double folding phone — that’s pretty cool, isn’t it? #xiaomi #foldingphone #technology pic.twitter.com/iBj0n3vIbW

Earlier this week, meanwhile, Xiaomi debuted what’s since come to be regarded as the most advanced of the bunch, but like Samsung, we only got a glimpse. And here it was in a much more controlled environment of a short, pre-recorded clip and extremely low resolution. That said, “the world’s first ever double folding phone” looks like a thing out of a sci-fi film.

The company, telling, tossed around the word “prototype” quite liberally there.

And then there’s Huawei. Mobile Chief Richard Yu highlight plans to announce a 5G folding phone at Mobile World Congress next month. As ever, details are scarce. Same goes for Motorola’s Razer, a $1,500 folding throwback, which is firmly in the rumor stages.

If that price point gives you pause, well, get used to it. The Flex Pai is already available at $1,300, and most other handsets are appear on track to hit roughly the same price point, making the latest iPhone and Samsung Galaxy devices look like a downright bargain.