Southeast Asia-based ridesharing firm Go-Jek is making progress with its plan to raise up to $2 billion in fresh capital to fund its battle with close rival Grab.

Indonesia-headquartered Go-Jek has closed an initial chunk of that round after a collection of existing investors, including Google, Tencent and JD.com, agreed to invest around $920 million toward it, three sources with knowledge of the investment told TechCrunch.

The deal, which we understand could be announced as soon as next week, will value Go-Jek’s business at around $9.5 billion, one source told TechCrunch. With existing investors on board, the company is now actively soliciting checks from other backers to take it to its target. The capital is likely to go toward deepening its presence in new markets and furthering its fintech push.

A Go-Jek representative declined to respond when contacted by TechCrunch for comment on its fundraising efforts.

This incoming round excluded, Go-Jek has raised more than $2 billion from investors to date, including a $1.4 billion round that closed last year and valued its business at $5 billion.

Founded in 2015, Go-Jek began in motorbike taxis before expanding to four-wheels, service on demand and fintech. It decided to go after a $2 billion raise last year — having seen Grab gobble up Uber’s local business in Southeast Asia — but it has taken some time to make progress. That’s partially down to an effort to “clean the cap table” by buying out some early investors and longer-serving or former staff with equity, two sources told TechCrunch.

Likewise, there has also been discussion around including the acquisition of JD.com’s local JD.id business, valued at more than $1 billion, in the deal. As far as we know, a resolution hasn’t been found despite lengthy talks.

An acquisition of JD.id would not only see JD.com’s influence deepen with Go-Jek, but it would give the ride-hailing startup a strong position in Indonesia’s e-commerce space, which includes three other unicorns: Alibaba-owned Lazada, Tokopedia — which is backed by Alibaba and SoftBank’s Vision Fund — and Bukalapak, which also recently raised money for growth.

There is some doubt, however. Speaking to Reuters this week, co-founder Kevin Aluwi denied Go-Jek has plans to enter e-commerce.

Fundraising for Southeast Asia’s ridesharing companies went up a few notches last year after Uber decided to exit the region through a deal with Grab, which saw the U.S. firm pick up a potentially lucrative 27.5 percent stake in Singapore-based Grab.

Grab raised a $3 billion Series H round, anchored by a $1 billion injection from Toyota, but the company plans to increase that fundraising effort to as much as $5 billion, as we reported at the tail end of last year.

Why all the huge checks? At stake is a dominant position within a fast-growing online market.

Ride-hailing in Southeast Asia is poised to grow from an $8 billion annual business in 2018 to $31 billion by 2025, according to a report from Google and Temasek. Indonesia alone is tipped to account for nearly half of that figure.

With a cumulative population of more than 620 million people and increasing internet access, Southeast Asia has emerged from the shadows of China and India to become an attractive market for startups and tech companies. Chinese giants like Tencent and Alibaba have stepped up investment areas in recent years, with e-commerce, fintech and other “ground zero” infrastructure services among their targets as the region begins to turn digital in the same way China has.

That’s where Grab and Go-Jek get interesting because, beyond simply catering to transportation, both companies have expanded to offer services on-demand, like e-groceries, as well as payments and financial services such as loans, remittance and insurance. The goal is to become the region’s one-stop “super app” like WeChat, Alipay and Meituan in China.

So far, Go-Jek has fanned out beyond ride-hailing to offer fintech and other services in Indonesia, but it is still getting to grips with the regional play. It expanded to Vietnam, Thailand and Singapore last year while the Philippines is a work in progress following a setback after it was denied an operating permit earlier this month.

Already, though, it is making plans for the Philippines after it acquired Coins.ph, a fintech startup that is likely to be the base for a local push into payments and financial services. The deal was officially undisclosed, but sources told TechCrunch that Go-Jek has paid around $72 million — that potentially makes it the company’s largest acquisition to date. That shows how serious Go-Jek is both about its expansion efforts and its fintech business. 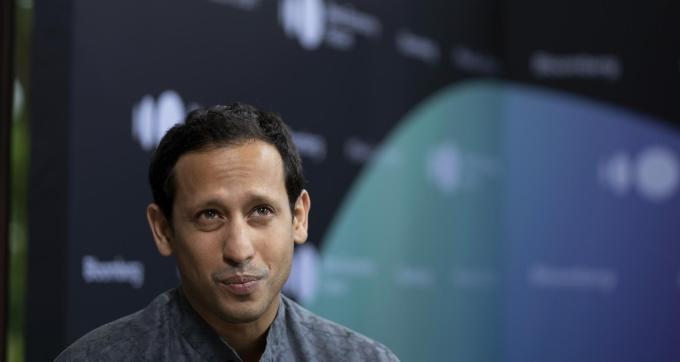 In the here and now, Go-Jek claims more than 125 million downloads in Indonesia, more than a million drivers and some 300,000 food merchants. It claims to process 100 million transactions per month, while Aluwi told Reuters that total transactions on its platforms crossed $12.5 billion last year. That doesn’t mean net income, however, as the company takes only a slice of customers’ ridesharing fares and payment volumes.

Grab, meanwhile, operates in eight markets in Southeast Asia. It claims more than 130 million downloads and more than 2.5 billion completed rides to date. Grab is assumed to not yet be profitable, but it has said that it made $1 billion in revenue in 2018. It projects that the figure will double this year.

The company has raised around $6.8 billion from investors, according to data from Crunchbase, and Grab was last valued at $11 billion.