One of China’s top bike-rental apps is entering a new phase. Mobike, which neighborhood services giant Meituan-Dianping gobbled up last April, is changing its name to Meituan Bike as part of an ongoing integration with its parent, according to an internal letter from Meituan senior vice president Wang Huiwen to staff. There’s no timeline for when the new moniker will go live, and the change applies to its China business only at the moment, TechCrunch confirmed with a Mobike spokesperson on Wednesday.

The rebranding is bound to stir up nostalgia among millions of users accustomed to telling others: I’m going to Mobike from point A to point B. But deepening ties with Meituan, which claims more than 380 million annual users who use its services for food delivery, hotel booking and others, will do more good in the long run. The bike service has already been integrated into the Meituan app, where users can rent a bike by tapping a visible access point on the home page, giving Mobike a potential traffic boost. 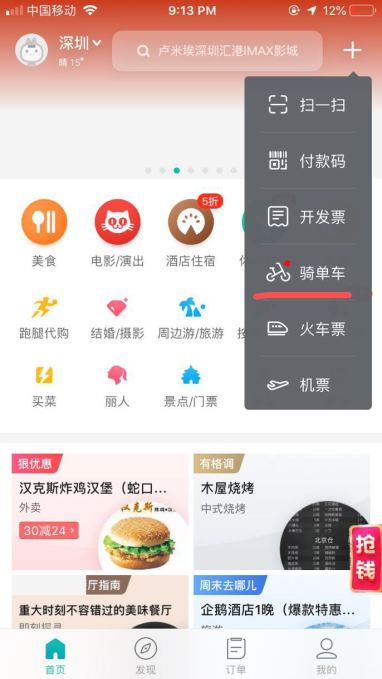 Mobike is now accessible on the Meituan-Dianping app through a visible access point (underlined in red). Screenshot: TechCrunch

Mobike, in turn, plays a key role in Meituan’s ambition to capture every touchpoint of a customer’s offline journey. Last October the Hong Kong-listed firm launched a new unit dedicated to “location-based services” that encompass ride hailing, bikes, autonomous driving and other transportation means. The data-rich setup will enable the super app to predict, say, where users are headed next after they pay with Meituan vouchers at a restaurant, upon which the app could recommend transit solutions.

China’s once-booming dockless bike market took a hit in 2018. Many went bust, and the remaining top three players — Ofo, Mobike and Hellobike — pedaled on with funding support from some of the country’s largest tech firms. Since their early days, Mobike and Ofo have been going head-to-head in a subsidy war. The fight turned into what’s seen as a proxy battle between Tencent and Alibaba after the giants snatched up stakes in Mobike and Ofo, respectively.

Meanwhile, a new challenger, Hellobike, entered the fray, with financial and user acquisition support from Alibaba’s financial affiliate Ant Financial. Unlike Mobike and Ofo, which are battling it out in China’s major cities, Hellobike started off by going after the less-populated, smaller cities as urban centers suffer from overcapacity, leaving huge piles of abandoned bikes on the sidewalks.

The bike rental space may be ripe for more shakeup this year. Ofo has reportedly run into “immense” cash flow issues as it continues to operate independently. Meanwhile, Meituan is freezing expansion for its unprofitable Mobike business. Hellobike remains an underdog in the game, but it has a first-mover advantage in a largely untapped market for aspiring small-town customers.