Following last year’s $40 million raise, low-cost streaming service Philo is preparing to further differentiate itself from rivals with the launch of a new feature that will allow viewers to watch shows together in real time. With co-viewing, the company hopes to make a case for choosing Philo that goes beyond its affordability.

Instead, the company hopes subscribers will pick Philo simply because it’s a better way to watch TV.

It’s only been 14 months since Philo first introduced its take on the modern “skinny bundle” of TV delivered over the internet. The service opted to drop sports in order to keep the cost down and appeal to budget-minded cord cutters — particularly the younger demographic that never signed up for traditional TV in the first place.

Today, Philo subscribers can pay $16 per month for 43 entertainment and lifestyle channels — like those you’d find on cable TV — or you can opt top pay $20 for a larger bundle of 56 channels.

Since its debut, Philo has been quickly rolling out support for numerous platforms, including Fire TV, Apple TV and Android TV. It also last year added user profiles, kicked off a referral program to boost its subscriber base, and introduced built-in sharing features.

While Philo won’t talk subscriber numbers yet, CEO Andrew McCollum told us at CES earlier this month that the service grew 40 percent month-over-month, on average, throughout 2018.

For 2019, Philo aims to continue that trajectory, he said. And one way it’s planning to do so is through the launch of new product features.

“I feel like we have a really strong and unique offering, so it’s nice that people are responding to it,” McCollum said. 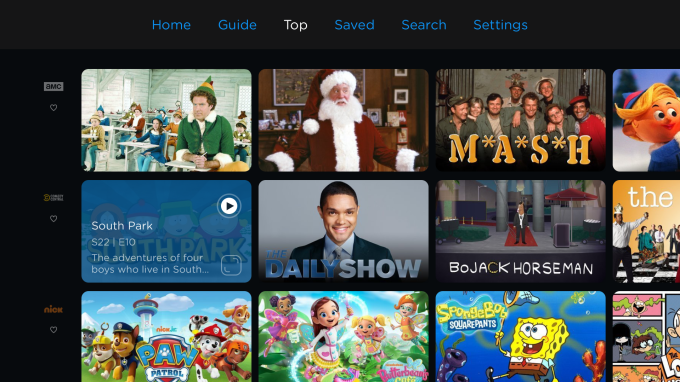 However, he admitted that, so far, what Philo offers is still very similar to cable TV — the very thing it aims to replace.

“We give you a lot of the same experience you can get on a cable box, only it works on all your devices. It’s an unlimited DVR. It’s all in the cloud. It’s much simpler. It’s got a lot better search and discovery… by default, we do a lot things to make it easier and better,” McCollum said. “But, by and large, it’s a similar experience to what you’re used to with cable.”

Now that’s about to change.

The company has developed a synchronization technology that will allow users to share links in order to invite friends and family to watch TV with them at the same time.

This technology has been available on other platforms. For example, YouTube in 2017 launched an experimental app, called Uptime, for watching videos with friends. Tumblr tried, then shuttered, a similar app called Cabana. There are also apps like Let’s Watch It, Rabbit and others. Even Facebook has been working on a co-watching feature.

But none of the live TV streaming services — like Sling TV, Hulu with Live TV, YouTube TV, PlayStation Vue, etc. — offer a way to co-watch TV with others. 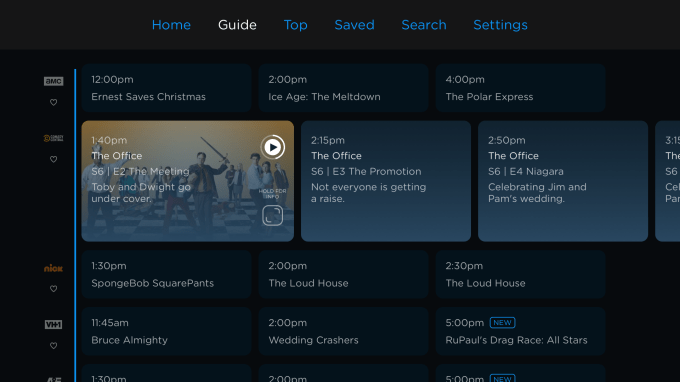 McCollum said Philo’s co-watching feature is finished, from a technical perspective, and the team is now polishing the user interface. The plan, at present, will have Philo subscribers using their TV and their phone in conjunction with one another to launch the co-viewing experience.

The way it works is this: After finding something to watch, you’ll be able to press a button to share a link with a friend through a text message. The friend opens the link on their own phone, casts the show to their TV and Philo then links the two sessions together.

The team is finalizing how this all flows to make the process feel seamless and natural, with as few steps as possible, McCollum said. But the feature is ready to launch, and will arrive “soon.”

In addition to co-viewing, Philo is also working on a clever joint recommendations feature. With this, you and someone else — a roommate, a friend or a significant other, for example — could connect your Philo profiles together in order to browse a set of recommendations based on your shared tastes and interests.

This may launch after the co-viewing experience, but the two features will be tied together at some point.

Also in 2019, Philo says it will explore expanding its service through add-ons. These may encompass premium cable channels (like Showtime and Starz), premium digital content or even traditional broadcasts networks or sports channels.

“We want to balance creating more options with making sure people don’t feel like they’re being coerced into stuff they don’t care about,” said McCollum.

Philo’s coming updates could make the service more compelling at a time when there’s an overabundance of choice in terms of getting TV delivered over the internet. While on-demand video services like Netflix and Prime Video have amassed millions of subscribers, many consumers today are still deciding if they want to cut the cord with cable TV — only to replace it with something that looks very much like cable TV. Philo could encourage them to make the switch by offering something differentiated.

(Image credits: Philo; images do not show the yet-to-launch features)