In India, startups are quietly building the tools and platforms to enable a different kind of gig economy: one that allows “micro-entrepreneurs” to tap growing access to the internet to sell goods and services online.

One such firm helping this burgeoning economy is Instamojo, a seven-year-old Bengaluru-based startup, which has pulled in a $7 million Series B as it aims to grow its reach to more than one million SMEs and micro-SMEs in India.

Founded in 2012 as a side project, Instamojo offers independent merchants the means to operate a mobile-optimized storefront, collect payment and even take micro-loans. In an interview with TechCrunch, CEO and co-founder Sampad Swain said the company has some 650,000 merchants, and it is adding a further 1,200 daily. Most of them, he said, tend to earn less than $30,000 in annual sales; with around half selling physical products, such as e-commerce items, and the remainder using Instamojo to invoice for physical services or sell digital items such as courses.

The idea is to tap into those just testing the water of online commerce and give them the tools to ramp up their fledgling enterprise as India’s internet “population” rises past 400 million people.

“A lot of micro-merchants in India are adopting [India’s payment service] UPI [through services like Paytm and PhonePe] but once they become a little more serious, at around 10-20 sales per month, we ask: ‘Can we give you lending, logistics, online store?'” explained Swain, who started the business with co-founders Akash Gehani and Aditya Sengupta.

It’s a market that few banks or financial institutions care about because small loans and sales require enormous scale to be relevant to them. But Swain is bullish, and he believes the company will pass one million retailers this year.

The new funding is led by existing investor AnyPay — the Japanese fintech startup — with other returning backers Kalaari Capital and Beenext, and angel investor Rashmi Kwatra joining. Gunosy Capital, the VC arm of Japanese news app Gunosy, joined as a new investor. The deal takes Instamojo to around $9 million from investors to date.

Instamojo collects revenue through a two percent cut on sales, a fee on successful deliveries and commission on its micro-loan product, which essentially gives merchants advanced credit (same-day or next-day) on their sales. The loans — which Swain describes as “sachet” lending — are from Instamojo’s recently established Mojo Capital unit, which includes partnerships with 12 financial organizations. In just four months, Instamojo has dished out around $4 million in credit — through 50,000-odd dispersions — and Swain predicts it will scale to a $30 million run rate before the end of this year.

“Even I am surprised!” he said of the rapid uptake. 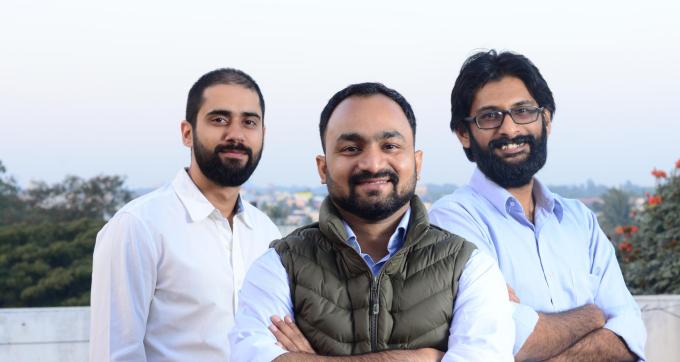 Unlike Meesho, a YC-backed micro-entrepreneurship service in India that recently raised $50 million, Instamojo isn’t dominated by e-commerce to friends, family and neighbors. Swain said typical Instamojo sellers look to access audiences outside of people they know, with platforms like YouTube, Facebook, WhatsApp and others commonly used to reach audiences. Instamojo’s big selling point is ease of sale; that’s through a unique link that sellers share with customers for the check-out, therein bypassing some of the challenges of online payment in India, which include somewhat cumbersome steps for card transactions.

“Sellers just create a link and share it with the customer,” Swain explained. “Essentially they click and check out with debit or credit card or other means. Over the years we realized that’s the best beginning for our business.”

That was Instamojo’s first launch, and since then it has built out online store options to manage inventory and product as well as the recent credit launch. Beyond growing its scale, Swain said the next big focus is on developing a community for merchants, where they can share tips, collaborate and more. He is also aiming to increase the tech team and raise Instamojo’s headcount from 120 right now to around 250 by 2020.

For now, Swain said the company isn’t seeking overseas opportunities, although he did admit that the business could expand to regions like Africa or Southeast Asia. But more immediately, he sees a huge opportunity in India, where he believes there are 65 million SMEs, of which 25 million are “micro-merchants,” to tackle initially. The company is planning a Series C round for later this year to finance a deeper push.