Global app downloads topped 194 billion in 2018, up 35 percent from 2016, according to App Annie’s annual “State of Mobile 2019” report released today. Consumer spending across app stores was up 75 percent to reach $101 billion. The report, which analyzes trends across iOS, Android and the third-party Android stores in China combined, follows the company’s earlier report released at year-end, which looked at downloads and spending across just iOS and Google Play.

It also shows how significant China’s role has become in terms of the global app market.

Based on data from the beginning of the year through December 15, 2018, App Annie’s earlier year-end report estimated that global app downloads in 2018 would surpass 113 billion, across iOS and Google Play, and consumer spending would surpass $76 billion.

While the addition of the third-party Android app stores boosted these numbers in the new report, China’s contribution to the app market goes far beyond just the bump those stores provided. 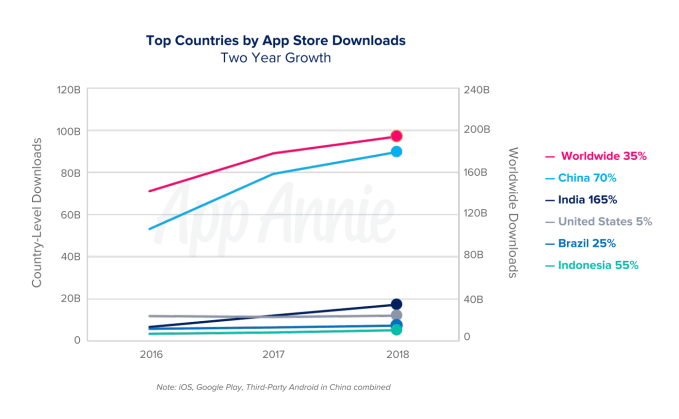 Emerging markets played a role in fueling downloads, as well, accounting for three out of the top five markets for downloads (India, Brazil and Indonesia). Download growth in the U.S., meanwhile, has slowed.

Developing markets played little role in consumer spend, however. Instead, the countries contributing the most on that front were (in order): China, the U.S., Japan, South Korea and the U.K. 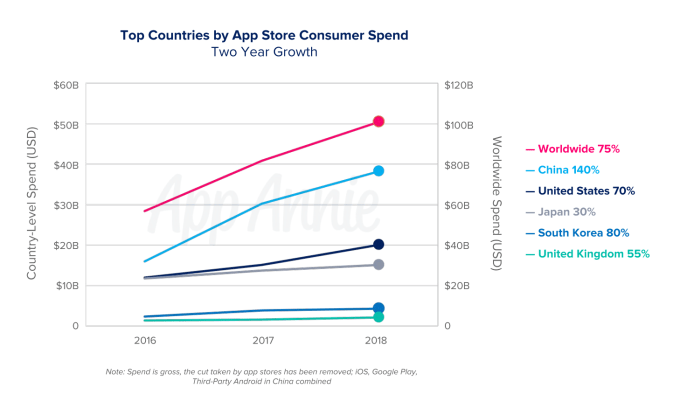 However, despite China’s outsized contributions to both downloads and spending, Chinese users don’t have the most apps installed on their phone compared with other countries. Because of the prevalence of low-cost Android devices with limited storage, users in China have just over 50 apps installed, on average. But those in the U.S., South Korea, Japan and Australia, have more than 100. 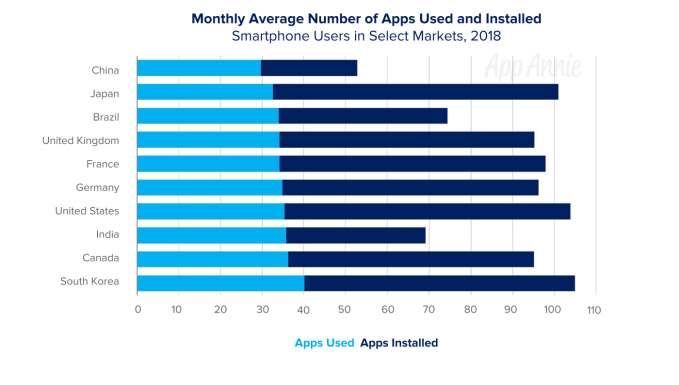 China’s influence on the market can also be seen in the 2018 year-end report released by Sensor Tower today.

It found that Chinese mobile gaming giant Tencent was the global leader for overall revenue across iOS and Android, not counting the third-party Android app stores. It was also the leader in game revenue. 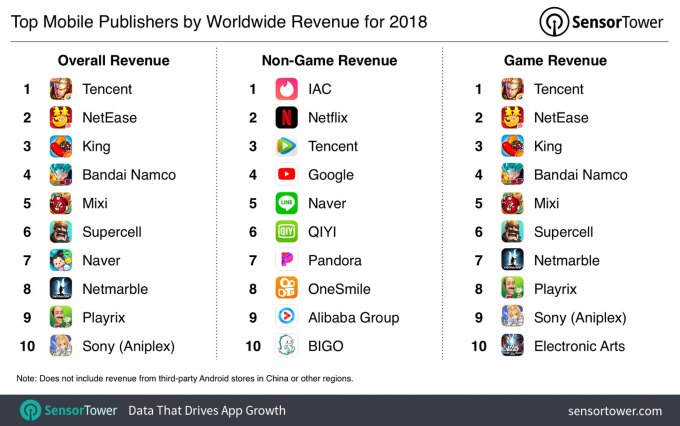 Tencent topped the non-game app chart for 2018, too, with its Tencent Video app clocking in at No. 3.

TikTok is still growing rapidly, too, having had its best quarter ever in Q4 2018, where it was the No. 3 app by downloads across both iOS and Google Play, and the most-downloaded app on iOS. 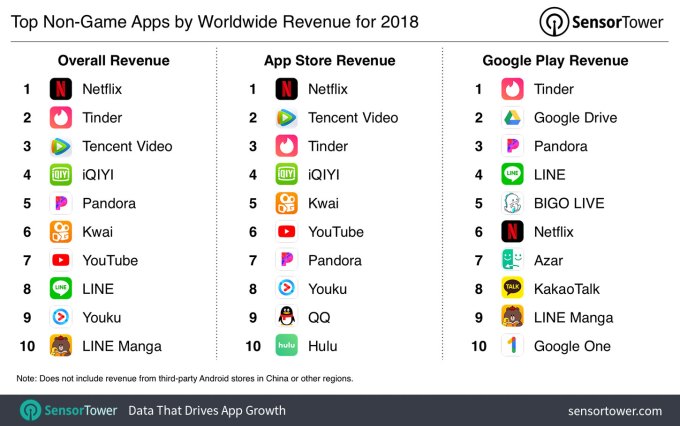 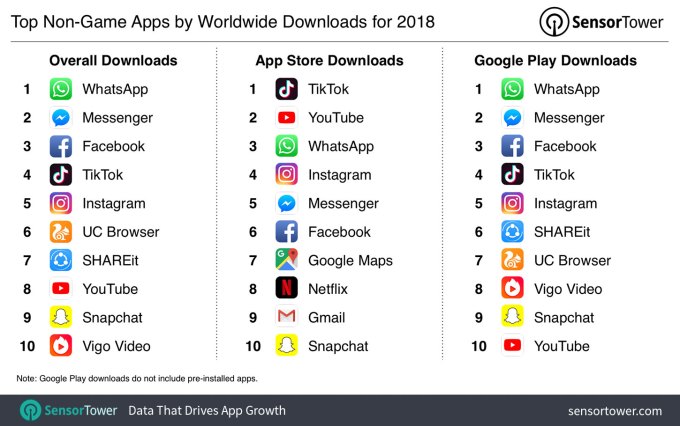