Madrona Venture Group has long been one of the premier early-stage venture firms in the Pacific Northwest, and, in recent years, it has done a good job of recruiting former industry executives. In recent years, those included the former Microsoft developer tools chief S. Somasegar, now a managing director, and former Windows and Xbox exec Terry Myerson, currently a venture partner. In 2017, the firm also announced that former King Digital and Clearwire CFO Hope Cochran had joined its venture partner ranks. Today, Madrona announced that Cochran is now joining its team of managing directors.

During her time as a venture partner at Madrona, Cochran led the firm’s investment in the female-forward co-working startup The Riveter. She is also the first woman managing director at Madrona. 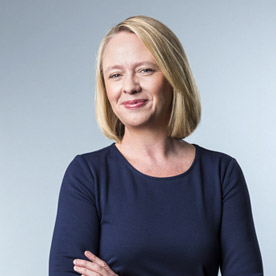 “I have to say that I’ve often been the only female at every executive table I’ve been at,” she told me. “It’s a pretty normal situation for me. I’m happy to be that person. I think with that role comes great responsibility, so I have worked hard throughout my whole career to help mentor women in the organization. I try and really pay particular attention to all levels of the organization and where there is a drop-off.”

Like many executives who join venture firms, Cochran didn’t arrive with a lot of preconceived notions about VC. Indeed, she told me that she only started developing her investment philosophy once she joined the firm. “I don’t know that I came in with some concrete themes. I came in with the desire to be helpful, meaning to help the existing portfolio and if I found things that were interesting, to be able to have the opportunity to work with them.”

In her new role, Cochran will be responsible for investing out of Madrona’s latest $300 million fund. Given her background, it’s no surprise that she expects to gravitate toward B2B and fintech companies, though. She also noted that while King Digital was obviously a gaming company, internally the team often looked at it more as a data company. “You’re data is everything,” she explained and noted that she loves working with companies that make it easier to use all the data that companies now generate.

It’s worth noting that Cochran also sits on the board of three public companies (MongoDB, NewRelic and Hasbro) and has also worked with Madrona portfolio companies like Smartsheet, Rover, Gawkbox and Matcherino as they plan their way forward.

“I have now done the CFO role at various large and small companies about five different times and it just felt like I was ready for a new perspective on companies in a different role,” she said when I asked her why she was interested in working with a venture firm.

“As investors, we seek to attract the best entrepreneurs and the best company-building team that are eager to roll up their sleeves to help companies when they need us,” the Madrona team wrote in today’s announcement. “Having an investment team that is diverse in terms of experience, expertise, company background, gender, age, culture, and points of view enables us to build better companies faster. We are excited to have Hope on board and look forward to years of investing and working with companies from day one for the long run including all the key decision moments along the journey.”