Amazon is giving its Fire TV Stick an upgrade. The company announced today it will now ship the Fire TV Stick with the new version of the Alexa Voice Remote launched last fall. The remote allows users to control other devices besides their Fire TV, thanks to its support for both Bluetooth and multi-directional infrared. However, the upgraded remote won’t impact the Fire TV Stick’s price, which remains $39.99.

The new Alexa remote arrived alongside the $49.99 Fire TV Stick 4K in October. It’s capable of controlling the TV, soundbar and other AV equipment, and can do things like switch inputs or tune to a channel on your cable box. As a standalone purchase for older Amazon Fire TV devices, the remote was retailing yesterday for $29.99. But today, Amazon is slashing the price by 50 percent, it says.

The voice remote also includes the ability to speak to Alexa with the press of a button, which can help you find shows and movies, control smart home devices, get the news and weather, stream music and more.

Amazon notes the inclusion of the next-gen remote makes the Fire TV Stick the only streaming media player under $40 that includes a remote capable of controlling other AV equipment besides the TV. This could be a selling point for Fire TV Stick versus Roku, whose high-end voice remotes are focused on controlling power and volume on TVs, or its own Roku wireless speakers. 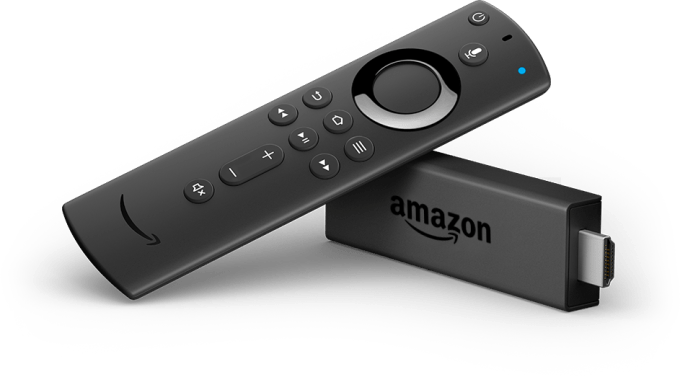 At CES this year, Amazon said its Fire TV platform as a whole had now topped 30 million active users, which seemed to put it just ahead of Roku’s 27 million. By swapping in a better remote with the flagship Fire TV Stick device, Amazon is looking to solidify its lead gained by steep discounts on its devices over Black Friday and the larger 2018 holiday shopping season.

The updated Fire TV Stick will also be the first to ship with Amazon’s just-launched, free streaming service IMDb Freedive included. Announced at CES, the service offers a range of free, ad-supported movies and TV shows — a challenge to its rival’s service, The Roku Channel. It will come to other Fire TV devices by way of a software update.