Today at the North American International Auto Show held in Detroit, Mich., Infiniti revealed its latest electric concept vehicle. Called the QX Inspiration Concept, this crossover is a preview of what’s to come from Infiniti.

The concept is built on Infiniti’s upcoming EV platform that will reportedly be used in all of Infiniti’s initial electric vehicles.

This concept is about the size of the BMW X3, Mercedes-Benz GLC and Infiniti’s QX50. And for good reason. That size is a proven winner with buyers. It’s the same reason Audi and Jaguar’s first EVs are around the size. Right now, consumers are looking for the height of small SUVs with the ride of a mid-size sedan. This platform is set to deliver both in an electric flavor. 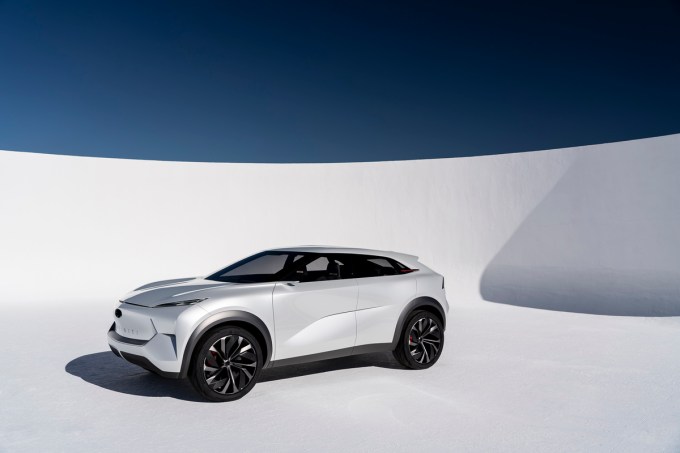 The platform is said to sport electric motors on each axle, providing direct power and all-wheel drive. This arrangement can be tuned in several fashions and does not necessarily speak to the potential performance of the vehicle. If coded as such, the dual motors could deliver blistering torque and 0-60 numbers or tuned in such a way to maximize range by preventing ludicrous speeds.

Infiniti didn’t release expected range of the upcoming platform or power numbers, as the automaker is still a few years away from releasing its EVs to dealers. Pricing will likely be in line with competitors, making the sticker price around $75,000 – $85,000.