OneLogin is not a young startup by any means. The identity access management company was founded in 2009 and has watched while companies like Ping Identity, Duo Security and Okta had tidy exits. But as CEOs are fond of pointing out, the total addressable market is large and where investors see a chance, they take it. Today, the company announced a $100 million investment.

The latest round was led by new investors Greenspring Associates and Silver Lake Waterman, the late-stage investing arm of Silver Lake. Existing investors CRV and Scale Venture Partners also contributed to the round. Today’s investment brings the total raised since inception to more than $170 million, according to the company.

It is referring to this as a “growth round,” but indicated that actually means Series D plus “flexible capital.” Whatever you call it, it would appear to give OneLogin some runway to grow large enough to find a way to exit.

CEO Brad Brooks says his company is well-positioned to compete with the likes of Okta and Microsoft in this market by offering a multi-faceted authentication solution that works both on-prem and in the cloud. He swept aside questions of revenue, valuation or IPO plans, only indicating that the company was growing and they had big expansion plans. 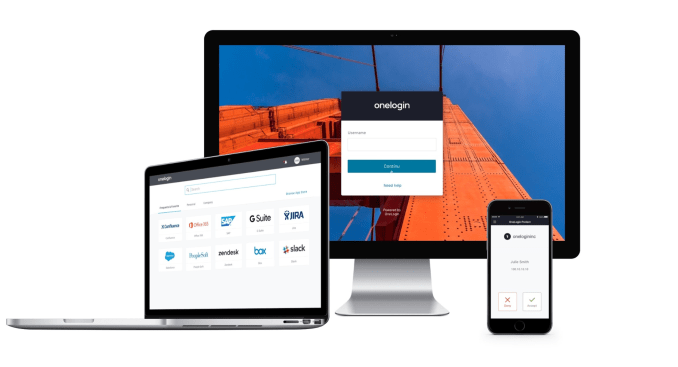 Photo: OneLoginThat would include building on its success in Europe, while expanding to Asia and creating more specific solutions in the U.S., such as focusing on FedRamp federal government compliance. The company currently has more than 260 employees, and with the new money, Brooks wants to put the pedal to the metal.

He plans to double that number in the next 18 months, as he fuels that expansion plan, bringing in new engineers along with sales, marketing and support. He wouldn’t rule out acquisitions to expand the company’s capabilities, but said his preference is building in-house over buying. He believes that building provides an internal goal of innovation and offers the kind of challenges that attract engineering talent.

Brooks came on board in 2017, replacing co-founder Thomas Pedersen, who moved into the role of chairman of the board and chief technology Officer. Its most recent round prior to today was a $22.5 million Series C last June.