The company formerly known as WeWork has rebranded as the We Company — although a better name for its network of on-demand office spaces for the newly incorporated and nominally employed, co-living spaces for the same easyJet-set and educational and coding services could be “House of Cards.”

News of the rebranding (first reported via Fast Company) comes on the heels of reports that the company would no longer be receiving a planned $16 billion  investment from longtime backer Masayoshi Son’s SoftBank and his SoftBank Vision Fund.

For SoftBank, no majority stake in WeWork as it scales down talks from a new $16 billion investment to $2 billion

WeWork, which lost $1.2 billion over the first three quarters of 2018 according to an FT report, is rebranding to shift attention from its real estate play to a broader blend of living and educational services that now comprise the three pillars of its business (to be clear, the largest pillar is its real estate properties).

The knock against the company has always been that it was a real estate investment masquerading as a tech company (a case which FT made magisterially last year).

For the We Company to succeed, a few things need to happen. Revenue needs to rebalance to the WeLive and WeGrow businesses quickly and it needs to grow its services even more aggressively. And the result of each needs to be actual profitability.

There aren’t a lot of really hard metrics to gauge the company’s current performance. But the good people at Bloomberg did uncover actual financial data on the company’s debt, which is underperforming compared to industry benchmarks. 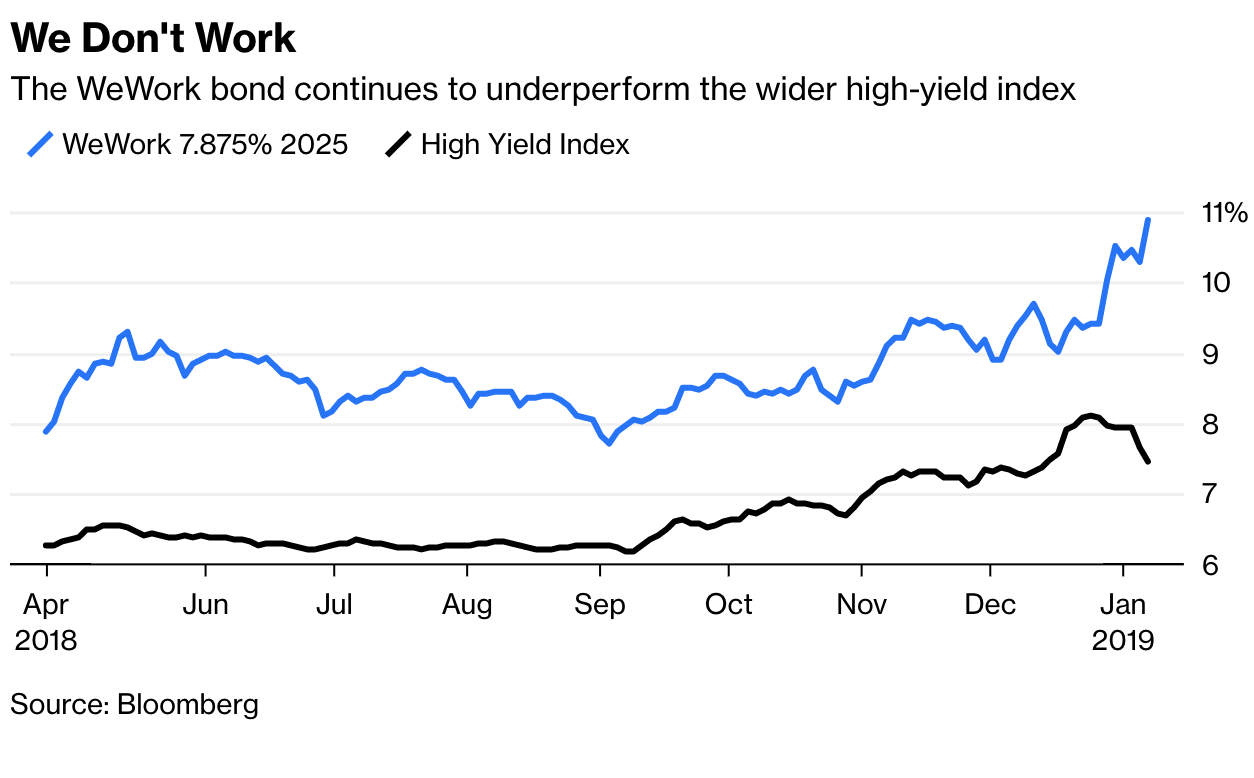 Neumann said the original vision of the company was an all-encompassing network of offerings that would help customers bank, shop, live and play. That’s a mighty goal worthy of a Vision Fund, but its vision may turn out to be a fever dream if the indicators are right and the worldwide slide into recession finally happens.