Matrix Partners India, one of India’s highest-profile tech VCs, is loading up for new deals after it announced a new $300 million fund for early-stage investments.

This is the third fund for the Indian firm, which is associated with U.S.-based Matrix Partners. Matrix India has backed more than 60 startups to date, including Uber rival Ola, ambitious medical platform Practo, popular news aggregator DailyHunt and classifieds company Quikr. The plan is to continue on that road with the new fund, which was announced today but officially closed its commitments in December, according to an SEC filing in the U.S.

Matrix India has been fairly consistent with its capital. Its debut fund was an initial $150 million that was later increased $300 million, while the follow-up in 2011 came in at $300 million before being increased by $100 million following the departure of co-founding partner Rishi Navani.

No extensions are planned for round three, Avnish Bajaj — the firm’s founder and managing director in India — told TechCrunch in an interview.

Bajaj said he doesn’t have concrete plans for how the capital will be spent, but he envisages 12-14 deals per year “with more bias given to seed” over Series A and B deals.

“We will continue to do early-stage,” Tarun Davda, the second of Matrix India’s three MDs, explained. “We are traditional venture capital with more focus on consumer brands.”

But that’s a very founder-led approach for Matrix, which is entirely dependent on finding startups teams it can gel with and believe in.

“We get smart enough about a trend to find out who is smarter than us and pursue it,” Bajaj explained. But “if we find a market we like but are not excited by the founding team, we’ll pass.”

If on board, however, Matrix helps out on a range of areas, including hiring — it has a four-person recruitment team in house — as well as in marketing and finance, if required. Bajaj said it tries to connect portfolio founders were it sees benefits, but he freely admits that many in India’s startup ecosystem are already connected and know each other, so often don’t require assistance. 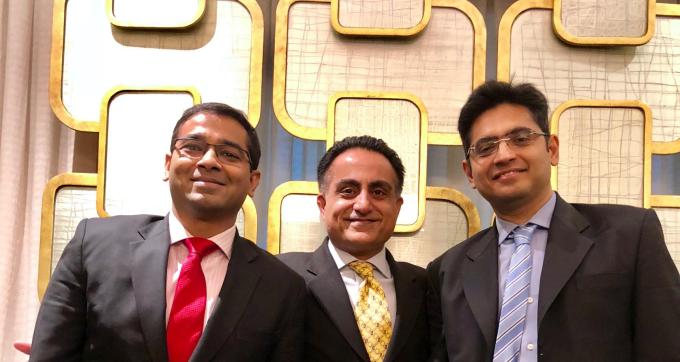 Looking at the market now, the firm’s three managing partners see cause for optimism following 2018, a year in which Indian startup founding rebounded and the country saw a range of exits, chiefly Walmart’s massive takeover of Flipkart.

Davda said that, in particular, the growth of 4G in India — which has been driven by the developer of “challenger telco” Reliance Jio — has been a “game changer” for a number of the firm’s portfolio that have seen the total addressable market for their services widen massively, while average user engagements have increased, too.

Matrix India sees the growth in internet access (and quality of access) and India’s growing middle class as key development drivers for internet companies and startups in the country, generally.

“The scale of companies is likely to be significantly larger,” Davda said, adding that the pace of growth is increasing, too.

All of these could mean that IPO exits may be on the horizon for Indian startups, potentially within the next two-three years, Bajaj said, but already exit opportunities are appearing and they don’t all need to involve a Walmart buying a Flipkart — the $16 billion, while generating huge returns, isn’t particularly repeatable for a market.

Bajaj points to acquisitive Indian category leaders — including the likes of Ola, Paytm and others — that have reached sufficient size and have looked to other Indian startups to build up their businesses or expand into verticals via deals.

“That’s the real story, you are starting to see liquidity into the exits markets [as domestic] companies are reaching a certain scale,” he said. “Three years from now, we’ll see 2018 as a point of time when things changed.”

A large part of that may also be the type of founders and the nature of startups in India in 2019.

“Today, we are seeing guys who have been part of the startup ecosystem for a while, who worked at big unicorns and got excited about problems they are seeing there, start new companies,” said Mumbai-based Vikram Vaidyanathan, the firm’s third MD. “They can hit the ground running at a much faster pace.”

Startups Weekly: VCs celebrate the new year the only way they know how