Comcast is putting AI to work to protect its customers’ home networks. At the Consumer Electronics Show in Las Vegas, the company announced Xfinity xFi Advanced Security, an AI-powered service designed to monitor, block and inform customers about online threats while providing protection for all connected devices in the home — including smart home and “Internet-of-things” devices that are often the target of online attacks due to their weaker security.

People’s homes no longer only have computers and phones connecting to the internet. Today, our houses are filled with connected devices, like voice-powered speakers, smart home appliances, security cameras, connected doorbells and thermostats and much more. Even some kids’ toys connect to the internet.

According to data from Cisco, there will be nearly 13 connected devices per person in North America. And the number of attacks across these connected devices is growing — by 600 percent between 2016 and 2017, Symantec reported. 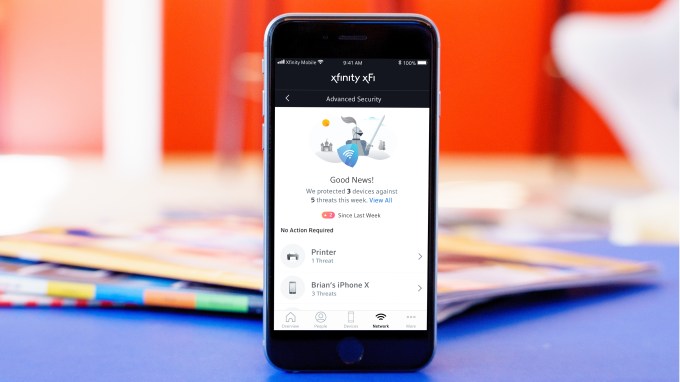 That’s where Comcast’s new subscription service comes in. xFi Advanced Security is available to turn on from within the existing xFi app, where it then begins to monitor and manage the network traffic.

The system analyzes the traffic using AI and machine learning technologies, then automatically blocks anything it deems “suspicious activity.”

“We can see traffic coming in that’s not normal — coming from weird IP addresses or known bots, and we can look at the heuristics of the traffic to basically stop it,” explains Fraser Stirling, senior vice president of Digital Home, Devices and AI at Comcast. “It’s basically like anomaly detection. We understand that device from all the devices that are connected by brand and model. We can understand what that traffic looks like…so if [the device] starts to do something that’s abnormal to the pattern for your house or for all the people that are using the same thing, we can track that as an anomaly.”

For example, if a device that normally goes to a certain IP address to get its firmware updates is all of a sudden going somewhere else, the service can block the traffic and alert you.

“The most important part of the product is that we tell you,” he says.

Customers will be alerted to these blocked threats in real time and offered instructions on how to further secure their devices, if need be. For example, if it blocked a suspicious website that was distributing malware, it will provide the URL and explanation. It will later provide the website you visited where that link may have been embedded — helpful in the case of malicious ads, among other things.

A second use case for the product is its proactive scans, which can alert you to other issues — like if a device has all its ports open, for example, which makes it vulnerable to attacks. xFi Advanced Security can close those ports, but it can block the malicious traffic and tell you what’s happening and why through its alerts.

All these alerts can be viewed from the xFi dashboard both online and in the xFi app.

The system is powered in part by the AI platform Cujo AI, incidentally a TechCrunch Disrupt NY 2016 Battlefield finalist. Comcast won’t detail the specifics of its arrangement with Cujo, which it refers to as “ingredient technology partner.” However, it hasn’t made a strategic investment, the way it had done with Plume, the maker of what are now called the xFi Pods. 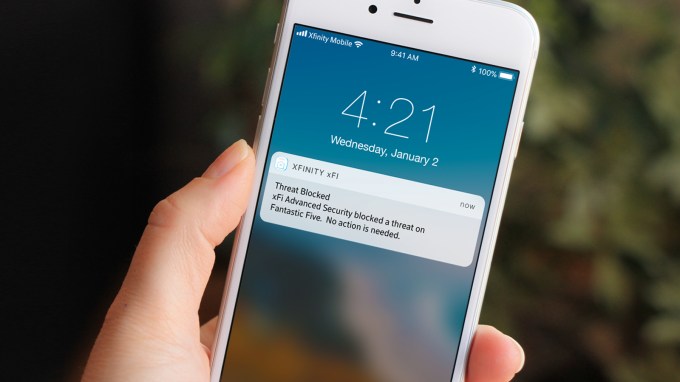 Beyond enabling the subscription, the new security service doesn’t require set up on the customer’s part. Customers just plug in their various connected devices and turn them on. Afterwards, xFi Advanced Security identifies the device and allows it to add them to a user profile — like mom, dad or child, or to the general “household” profile, which covers smart home devices or those used by all.

The service, once enabled, immediately begins to scan and protect the home network — including devices plugged in through Ethernet as well as those connected wirelessly.

In a later version, the company is considering offering more information about the threats it detects and blocks, as well as information about potential security issues — like if a device needs a firmware update, for instance.

While xFi Advanced Security sounds good in theory, security experts tend to be unimpressed until they’re able to put a product through its paces. So it’s too soon to give it a recommendation on that front.

After all, many of today’s smart home devices — especially the cheaper ones — weren’t built with a security-first mindset, and are riddled with flaws. A threat-scanning service can’t actually fix their issues — like their use of default passwords, UPnP left on by default, root passwords in the firmware or a telnet port left open, for example. xFi Advanced Security can alert you to those issues, however, in some cases.

But people could protect their network if they’d just close UPnP on the router itself, and change the default passwords on the smart devices they connect. And they could do so without a subscription. But most people don’t know how to do these things.

For Comcast, xFi Advanced Security presents an opportunity to generate revenue from xFi customers through services that expand the capabilities of its existing xFi platform. It’s the first subscription-based offering to live on top of xFi, in fact.

Launched in 2017, xFi lets customers control their home networks from a dashboard to do things like set parental controls, pause the Wi-Fi and receive alerts about home network activity, among other things. 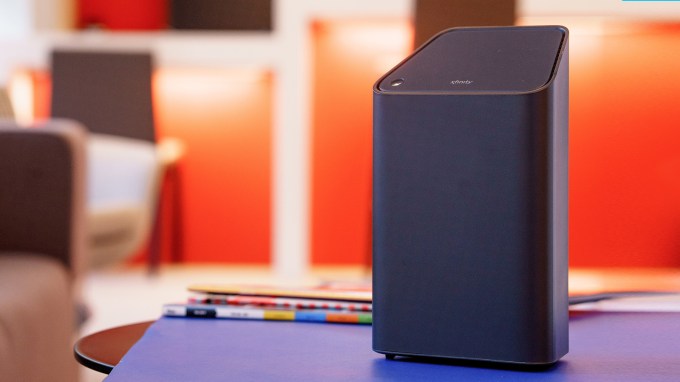 The new xFi Advanced Security integrates here, and customers can choose to sign up within the xFi app.

The service is $5.99 per month and is available to any customer who rents an xFi Gateway — meaning, some 15 million homes, notes Comcast. In some markets, it also will be sold as part of a package deal, the company says.

The cost of the Gateway ranges from $11 to $13 per month, as prices vary by market. The xFi app is free and available both on Android and iOS.