Uber is expected to raise $10 billion later this year in one of the largest U.S. initial public offerings in history. The float will value the ride-hailing giant somewhere between $76 billion — the valuation it garnered with its last private financing — and $120 billion — a sky-high figure assigned by Wall Street bankers that’s had even early Uber investors scratching their heads.

A new report from The Information pegs Uber’s initial market cap at $90 billion. To develop the estimate, the site analyzed undisclosed documents Uber provided creditors in 2017 “in which the company projected it would double net revenue to $14.2 billion by 2019,” ran revenue multiples and compared Uber to GrubHub, which investors say is the business’s closest comparison.

How we got here

Uber confidentially filed for its long-awaited IPO last month, marking the beginning of a race to the stock markets between it and U.S. competitor Lyft, which filed just hours before, according to a source with knowledge of the situation. Founded in 2009 by Travis Kalanick, Uber has brought in about $20 billion in a combination of debt and equity funding. It counts SoftBank as its largest shareholder in a cap table that also lists Toyota, T. Rowe Price, Fidelity, TPG Growth and many more. As for the skepticism surrounding Uber’s lofty $120 billion valuation, the eye-popping figure seems unachievable considering the company isn’t profitable and has and continues to burn through cash.

An IPO that large would certainly make its investors happy. First Round Capital, for example, seeded Uber with $1.6 million in the company’s first two funding rounds in 2010 and 2011, according to The Wall Street Journal. At a $120 billion valuation, First Round’s shares would be worth some $5 billion. The venture capital firm, however, sold some of its shares to SoftBank alongside Benchmark, which itself would otherwise own shares worth about $14 billion.

Bradley Tusk, an early Uber investor who signed on to help the company surmount political and regulatory barriers in 2011, own shares said to be worth $100 million, though he too gave up 42 percent of his equity in a secondary sale to SoftBank, he recently told TechCrunch.

“I’m quite happy with the 120 number,” Tusk said. “But … I am a little surprised by [it], it does seem to be a really aggressive number.”

“Any investment in Uber is obviously a long-term bet on the future, like someone who invested in Amazon in the early days,” Tusk added. “One thing [Uber chief executive officer Dara Khosrowshahi] is doing well is really expanding Uber into a mobility company as opposed to just a ride-hailing company.” 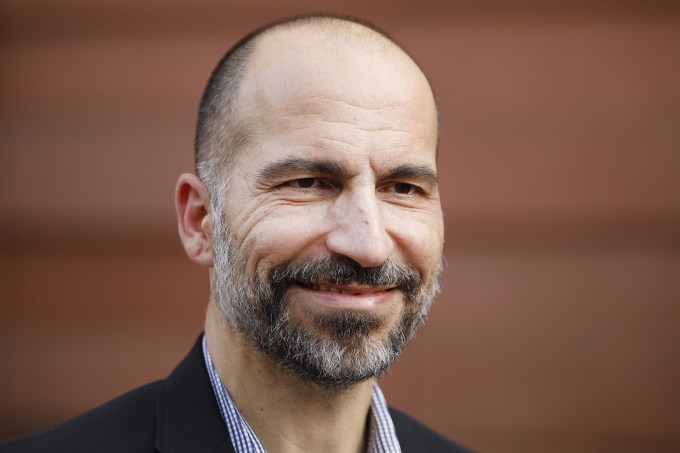 A long-term bet on the future

Uber has opted to go public in a year poised to see the most high-flying unicorn IPOs in history. As we’ve reported in great detail on this site, both Lyft and Uber are planning to float, as are Slack and Pinterest. Many of these companies, however, made the call to make their public markets debut before the stock market took a quick turn south. Poor performing stocks may discourage unicorns from emerging from their cozy VC-protected stalls.

Uber will garner increased scrutiny from Wall Street investors as they begin to parse out its true value. Fortunately the company, which like Amazon has long prioritized growth over profit, has “’clear levers’ it could pull in order to turn on the cash spigots if it wanted to, by reducing its marketing spending both in the U.S. and developing markets and by finding partners to help finance its self-driving car development,” according to The Information. “Pulling those levers would slow revenue growth by a third—from a 33% growth in net revenue to 22 percent growth in net revenue in 2019 [but] it would save Uber $2 billion annually.”

In its third quarter 2018 financial results, Uber posted a net loss of $939 million on a pro forma basis and an adjusted EBITDA loss of $527 million, up about 21 percent quarter-over-quarter. Revenue for Q3 was up five percent QoQ at $2.95 billion and up 38 percent year-over-year.

“We had another strong quarter for a business of our size and global scope,” Uber chief financial officer Nelson Chai said in a statement. “As we look ahead to an IPO and beyond, we are investing in future growth across our platform, including in food, freight, electric bikes and scooters, and high-potential markets in India and the Middle East where we continue to solidify our leadership position.”

We can speculate on Uber’s valuation for days but ultimately Wall Street will determine just how high Uber will go. For now, all we can do is sit and wait for the company to relinquish its S-1 to the masses.