Will LG’s over-the-top rollable TV ever be real? And at the end of the day does it really matter? The company offered another glimpse at the 65-inch LG Signature OLED TV R (model 65R9) during its CES press conference. It’s ever bit as big, brush and completely unnecessary as ever.

Ultimately these kinds of devices are a way to plant a flag in the sand — to show off the possibilities from all the money they’re pumping into R&D. More than likely, such a set isn’t coming home with you any time soon — and even if you could get your hands on it, would it ultimately be worth it?

For one thing there’s the price. LG won’t even ballpark a device like this, though a rep from the company did suggest that it will ultimately be more expensive than even its giant new 8K set. And for what, really?

The ability to stash away a TV when not in use? For all the novelty of such a thing, how practically is it, ultimately? Is that precious counter space? Perhaps you can eat meals on there when not watching TV.

Were I in a position to drop that much on a set, I would almost certainly invite people over, ask if they wanted to watch some TV, wait for them to ask where my set is and then, boom, there’s a TV slowly rising from a countertop, like some sort of one-percenter magic trick.

That said, the technology pretty neat. We got a demo before the event, and there was a sufficient amount of oohing and aahing among the tech press present. There are also some neat tricks on board. The base essentially works as a giant sound bar, projecting an approximation of a 4.2 surround system. 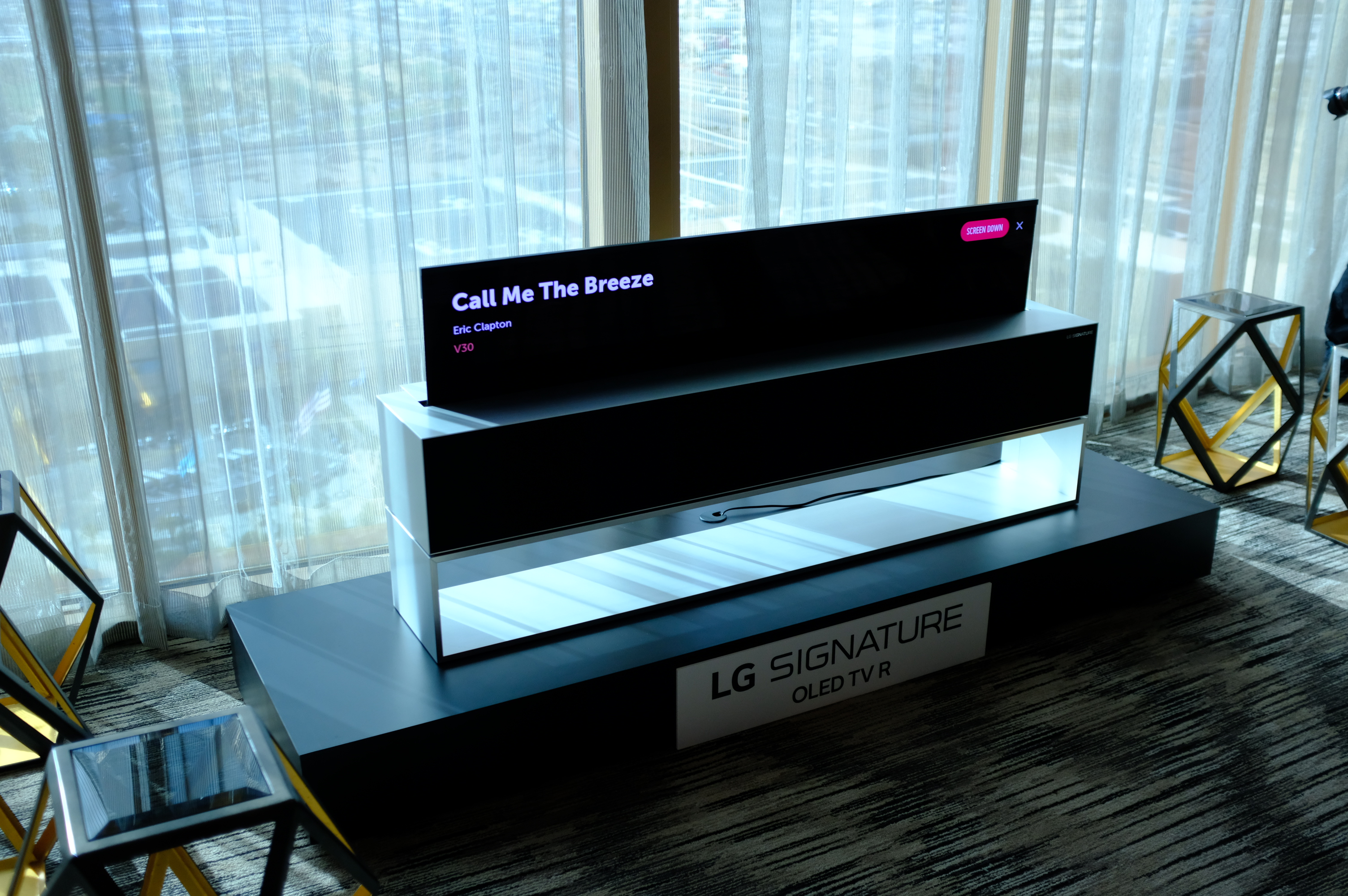 There’s also a mode where the drops down three-fourths the way and doubles as a kind of menu bar. From here you can listen to music, have it double as a large digital picture frame and even beam some white noise into the room.

There will also likely be Alexa and Assistant functionality on board when it hits the market, meaning the screen can double as the world’s biggest and most expensive Echo Show.

Pricing and available are, naturally, still very much up in the air.