Twas the last trading day before Christmas, and on the trading floor,
Most stocks were falling, and then falling some more,
Treasury Secretary Steven Mnuchin all the banks had called,
In hopes that full coffers were still in their vaults.

The analysts were shaken by news of the call,
which initially caused the stock market to fall,
Then President Trump took to Twitter, to blame the Federal Reserve,
Which was something the Fed chairman just didn’t deserve.

The only problem our economy has is the Fed. They don’t have a feel for the Market, they don’t understand necessary Trade Wars or Strong Dollars or even Democrat Shutdowns over Borders. The Fed is like a powerful golfer who can’t score because he has no touch – he can’t putt!

So banks and traders rushed to their phones with a clatter,
Causing stock market value further to shatter,
Markets don’t like decisions made in a flash,
And criticizing sound economic policy can exacerbate a crash.

This is amazing. It's as if Mnuchin was trying to create a panic over something nobody was worried about until this release 1/ https://t.co/YJsGnEyOQD

Mnuchin made his call with banks from a tropical isle,
and analysts criticized his decision’s lack of guile,
They were more concerned with policy stupidity,
Since there’s already enough administrative volatility.
Like threatening to oust the chairman of the Federal Reserve,
Someone whose position it would be better to preserve. 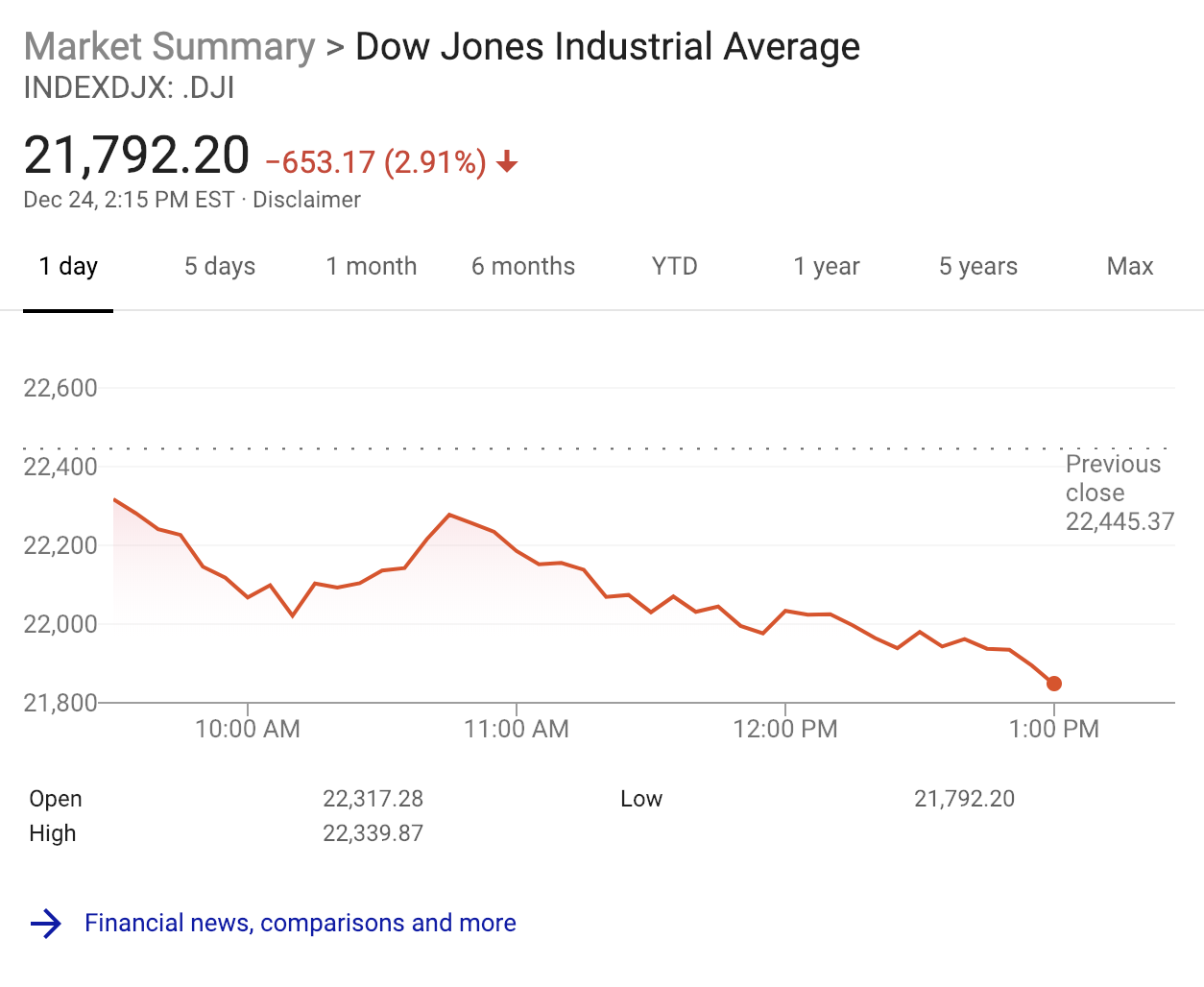 So now the Dow has fallen some 653 points,
And doctors may advise traders to light up their joints,
Because U.S. indices are on track for their worst December,
Since the 1930s, which almost no one alive remembers.