In this app-laden world, there is now a void. One so large, it will be difficult to fill. Perhaps, the Kardashians will reconsider.

The Kardashian sisters, specifically Kim Kardashian West, Khloé Kardashian and Kylie Jenner are shutting down their apps in 2019. Kendall Jenner stopped updating her app and website last year. The apps and accompanying websites were provided through Whalerock Industries.

“We’ve had an incredible experience connecting with all of you thorough our apps these past few years but have made the difficult decision to no longer continue updating in 2019. We truly hope you’ve enjoyed this journey as much as we have, and we look forward to what’s ahead,” the statement from Kim Kardashian West said. Kourtney Kardashian issued a similar statement, adding a note to subscribers to follow her on Instagram. 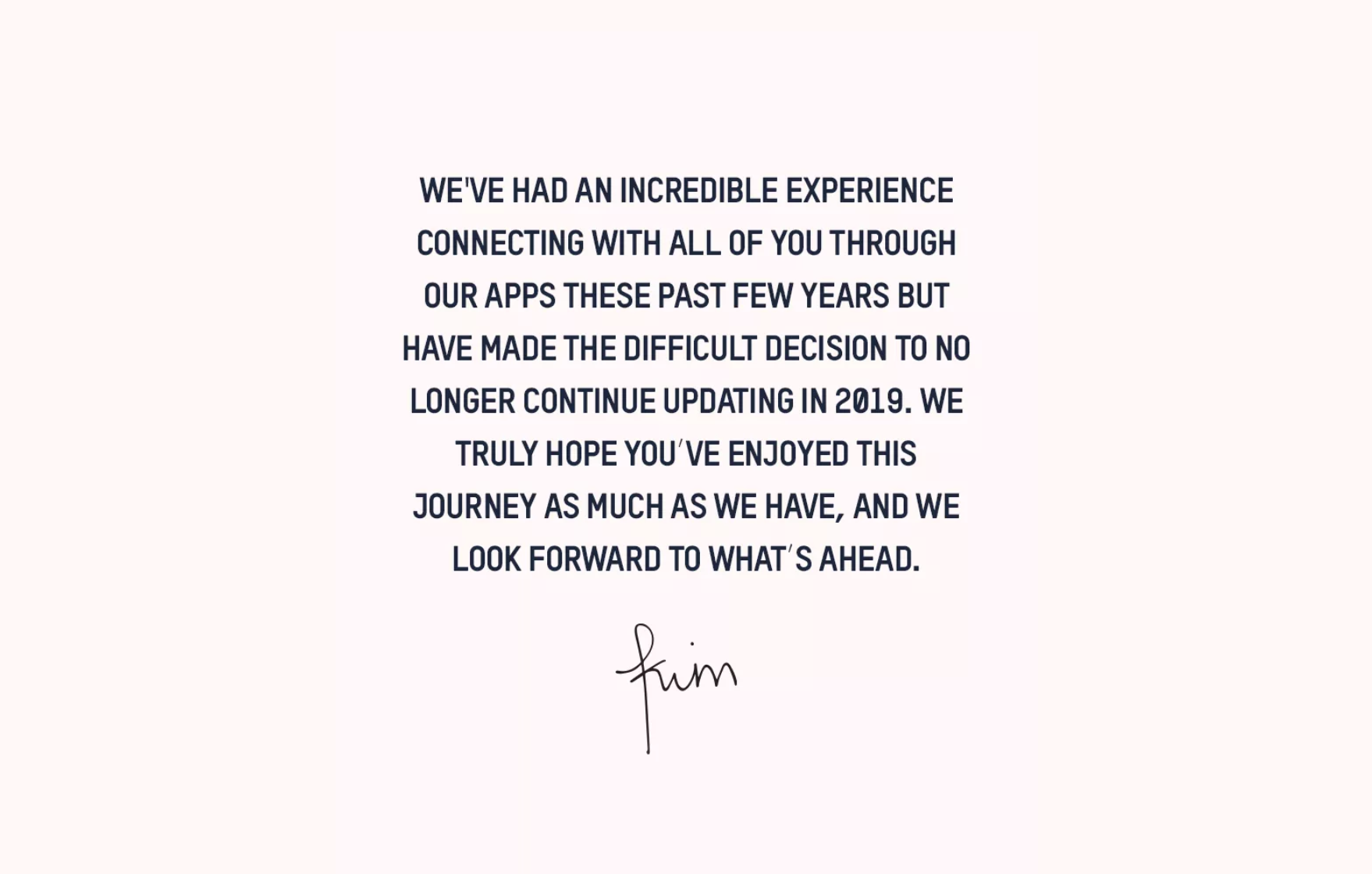 It was a wild run for the Kardashian apps, at least in the beginning.

Kim Kardashian West made her debut in the iTunes App Store with “Kim Kardashian: Hollywood” game, which may have grossed the star and development partner $200 million in annual revenue, according to some reports at the time.

In 2015, the whole family got involved. Kim Kardashian West, Khloé Kardashian, Kendall Jenner and Kylie Jenner launched their own subscription apps in September 2015 — all of which shot up into the App Store’s top charts.

The apps, which charge customers $2.99 per month for a peek inside their lives, seemed poised to generate millions in annual gross revenue if growth rates and retention numbers could be sustained.

It appears that by 2018, the apps started tanking, and badly. According to App Annie, the apps don’t even make the overall ranking, which means they’re somewhere lower than #1,500. 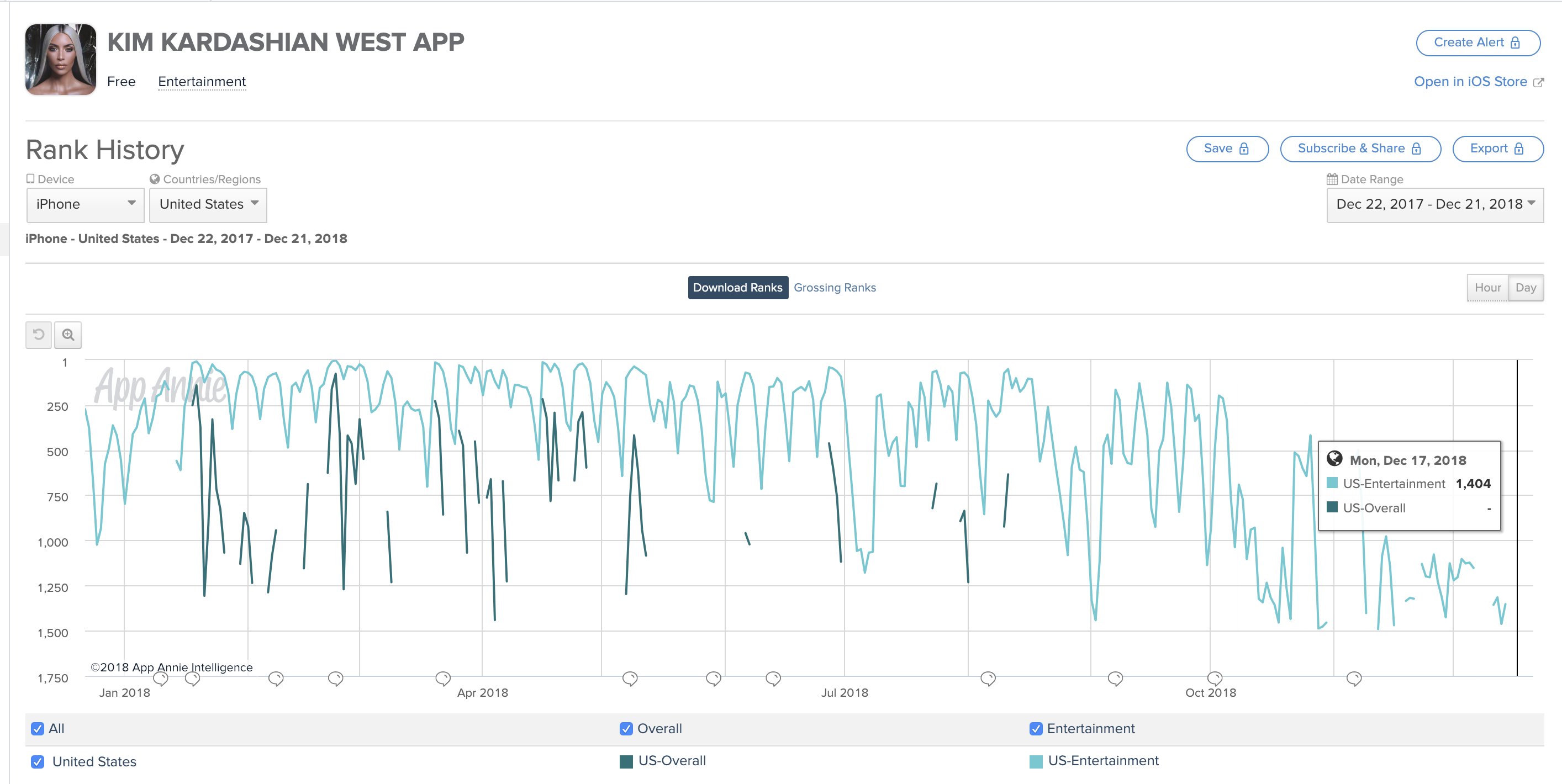 If only there was another way to a follow their lives.