WhatsApp is making group calls easier with a change to the way its mobile app works. Before, users would have to start a 1:1 video call, then add participants — there wasn’t an option to begin a group call at once, the company says. Now, the design has been updated so you can start group calls with just a couple of taps.

The company added a new way to make group calls from the Calls tab, as well.

With the update, you can tap the new Call icon on the top-right corner of the screen, pick the contacts you want to call and again pick either the voice or video icon. 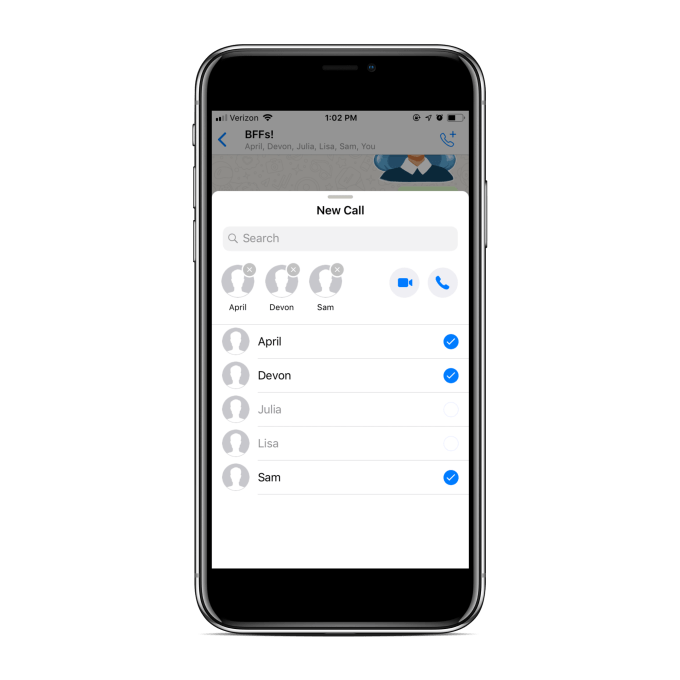 WhatsApp currently supports calling up to four people at one time.

That’s fewer than is supported on other top mobile messaging services — like Apple’s FaceTime, which was updated in October to support 32 people (up from only two people before); or Messenger, which can support up to 50 people in a call, for example. However, WhatsApp’s group call feature itself is still fairly new — it was officially rolled out at the end of July this year.

For a smaller group, it’s still a useful way to connect with friends and family without having to tap into your cellular plan’s voice minutes. Calls are also end-to-end encrypted, which makes it a good option for privacy seekers — that is, if you believe that any app owned by Facebook can fit that description.

WhatsApp warns that all members should have a good internet connection before using the group calling feature, as the quality of the call will depend on the contact with the weakest connection.

The update is available now to iPhone users and is rolling out “soon” on Android.