There’s worrying news from China’s online media world as ByteDance, the $75 billion company behind popular video app TikTok, is taking a news site to court for alleged defamation after it published a story about ByteDance’s fake news problem in India.

U.S. tech firms have come to rely on media to help uncover issues, but Chinese tech news site Huxiu has become the latest litigation target of ByteDance, which reportedly surpassed Uber’s valuation after raising $3 billion. The company has sued internet giants Tencent and Baidu in the past year for alleged anti-competitive behavior.

This time around, ByteDance — which is backed by SoftBank’s Vision Fund, KKR and General Atlantic among others — has taken issue with an op-ed published earlier this month that spotlights a fake news problem on its Indian language news app, Helo.

Launched in July as part of ByteDance’s push in India, Helo competes with local media startups such as Xiaomi-backed ShareChat and DailyHunt, as well as Facebook. ByteDance operates news app Jinri Toutiao with more than 250 million monthly active users in China, according to data services provider QuestMobile. TikTok, branded as Douyin in China, has a reach well beyond its home front and claims 500 million MAUs worldwide, with an additional 100 million users gleaned from its Musical.ly buyout.

“An insult and abuse”

On December 4, Huxiu published an opinion piece that condemned Helo and ShareChat for allowing misinformation to spread. One Helo post, for instance, falsely claimed that a Congress leader had suggested that India should help neighboring rival Pakistan clear its debt rather than invest in the State of Unity, a pricey local infrastructure project.

In response, ByteDance filed a lawsuit against Huxiu, saying that the Chinese news site made defamatory statements against it in translating an op-ed by contributor Elliott Zaagman. Tech blog TechNode — TechCrunch’s partner in China — ran an edited English version of the story but it is not part of the suit. 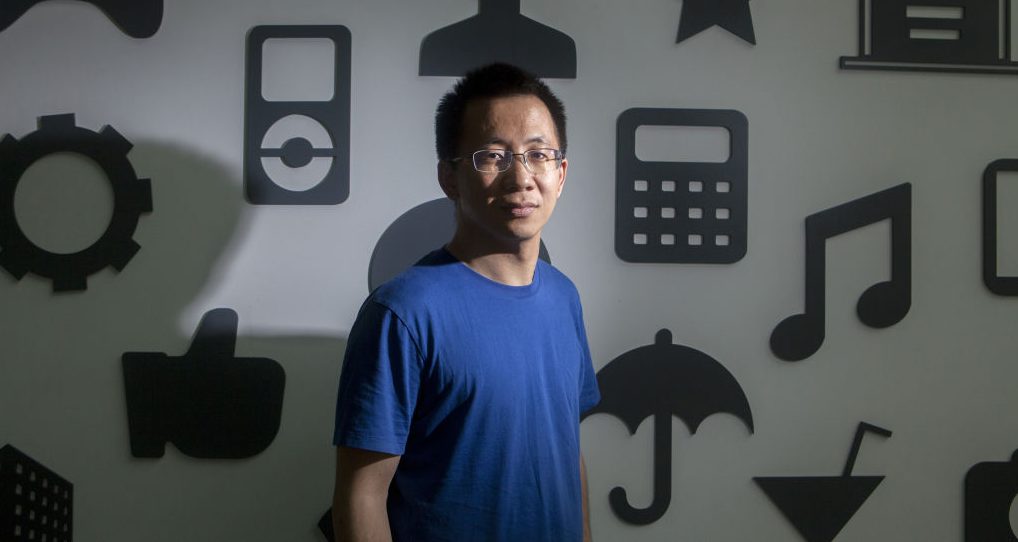 Zhang Yiming, founder of ByteDance, poses for a photograph at the company’s headquarters in Beijing, China. Photographer: Giulia Marchi/Bloomberg via Getty Images

“Technode edited the piece and removed some of my words. Huxiu was, and is with most of my articles, true to my original words,” Zaagman wrote on his WeChat timeline.

To adhere only to “facts” as part of its editorial process, TechNode removed “colorful” parts of Zaagman’s article, according to the blog’s editor-in-chief.

What goes missing on TechNode is what incensed ByteDance. Zaagman’s unfiltered statements on Huxiu “constitute an insult and abuse against ByteDance” by “claiming that Chinese companies have influence over the Indian election,” a ByteDance spokesperson told TechCrunch.

“The content on Huxiu is obviously a rumor and libel. It’s malicious slander. Whether it’s Chinese or foreign publications, Chinese or foreign authors, they must respect the truth, laws, and principles of journalism,” the spokesperson added.

The unedited English version is posted on Zaagman’s personal LinkedIn account here. Here is one paragraph that TechNode removed:

Maybe still Zhang is simply a victim of his own success. Few entrepreneurs start a company expecting it to be worth $75 billion. But what he has created may have far broader ramifications. As is demonstrated by Russia’s use of American social networking platforms to interfere in Western elections, misinformation campaigns can be a tool used by adversaries to disrupt a country’s internal politics. At this current moment when China faces greater international tensions, a pushback to their rising influence in Asia, and territorial disputes along their border with India, the last thing that Beijing needs is accusations from an opportunistic Indian politician sounding the alarm about how Beijing-based Chinese companies are spreading misinformation among the impressionable Indian electorate….

And this as well:

Although, on second thought, maybe it makes perfect sense that Zhang Yiming is peddling products that he himself would likely never use. After all, any good drug dealer knows not to get high on their own supply.

In a statement, Huxiu dismissed ByteDance’s accusation for being “wildly untrue” and bringing “major repercussions” for the online publication’s reputation. A spokesperson for Huxiu told TechCrunch that it hasn’t received any summons as the court is still processing the complaint.

In a peculiar twist to the incident, Huxiu actually pulled its Chinese version of Zaagman’s piece days leading to the ByteDance suit. The removal came as a result of “negotiations among multiple parties,” said the Huxiu representative, who declined to share more details on the decision. In China, an online article can be subject to censorship for containing material considered illegal or inappropriate by the media platform itself or the government.

The problem of AI 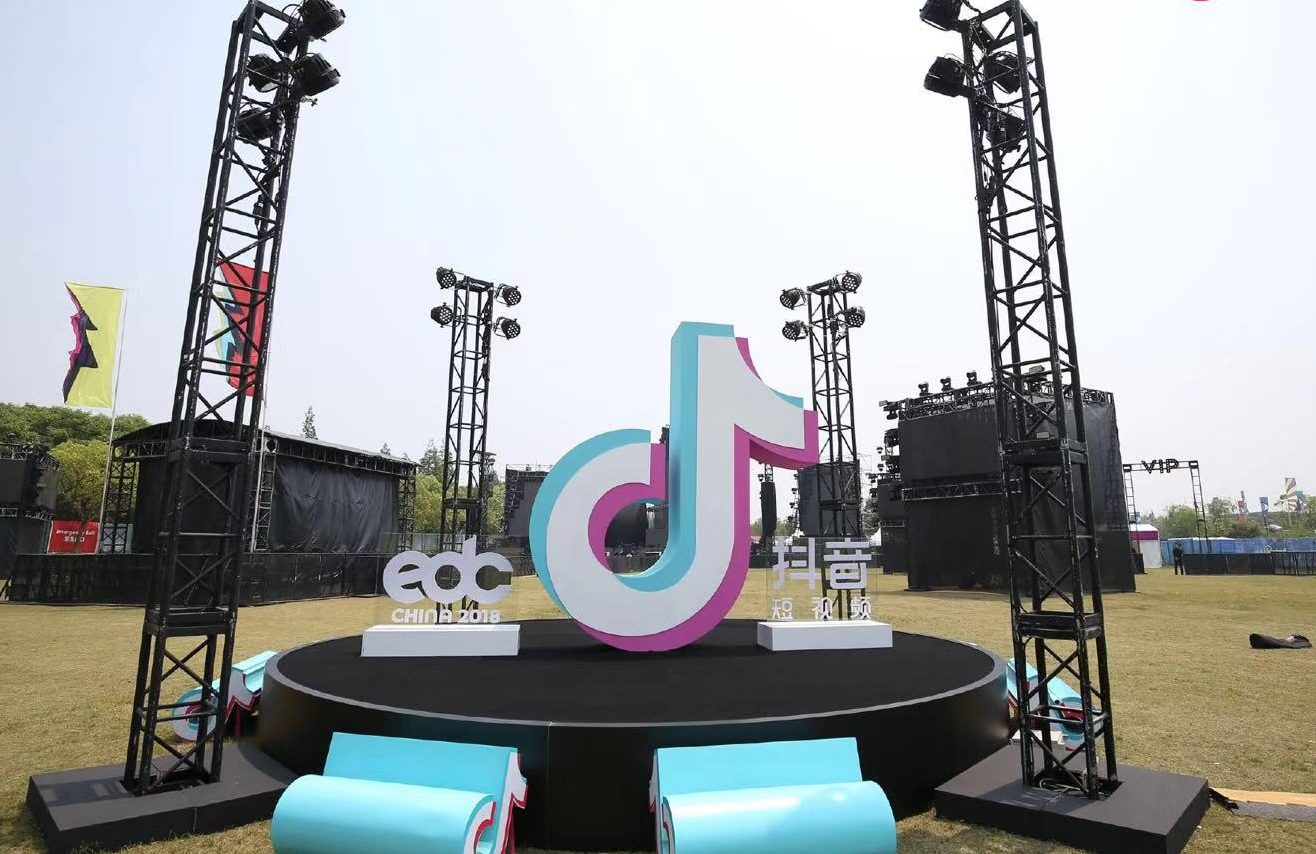 In the U.S., Facebook has responded proactively to issues raised by the media — for example by banning accounts that stoke racial tension in Myanmar — while Twitter CEO Jack Dorsey went so far as to suggest that journalists sniffing out issues on his service is “critical” to the company. Beijing-based ByteDance hasn’t commented on the fake news problem highlighted in Zaagman’s article, but staff from its Indian regional app previously acknowledged the presence of misinformation.

“We work very closely with our local content review and moderation team in harnessing our algorithms to review and take down inappropriate content,” a Helo spokesperson told local newspaper Hindustan Times.

[Update: Helo has recently partnered up with local fact-checking webiste Alt News as part of its effort to combat fake news on its app that’s available in 14 vernaculars.]

The concerns about Helo are the latest blow for ByteDance, which has marketed itself as an artificial intelligence company delivering what users want to see based on their online interaction in the past. As has been the case with Western platforms, such as Google-owned YouTube, which also uses an algorithm to feed users videos that they favor, the outcome can mean sensational and sometimes illegal content.

Along those lines, ByteDance’s focus on AI at the expense of significant “human-led” editorial oversight has come in for criticism.

In July, the Indonesian government banned TikTok because it contained “pornography, inappropriate content and blasphemy.” At home, Chinese media watchdogs have similarly slammed a number of the company’s other content platforms, and regulators in the country went so far as to shutter its humor app for serving “vulgar” content.

But ByteDance is hardly the only tech company entangled in China’s increased media scrutiny. Heavyweights, including Tencent, Baidu and ByteDance’s archrival Kuaishou, have also come under attack at various degrees for hosting content deemed problematic by the authorities over the past year.