As Uber continues to expand the footprint of JUMP bikes, it’s aiming to make the fleet of bikes smarter and easier to unlock, ride and charge. At Uber’s Pier 70 offices in San Francisco, JUMP Head of Product Nick Foley showed off the new bikes, which are aesthetically similar but should improve unit economics thanks to self-diagnostic capabilities and swappable batteries. These bikes, Foley said, have been years in the making.

The 4G-enabled bikes also ditch the clunky rear keypad for a sleek front screen, swap the U-lock for a retractable cable lock, and now have a phone mount for turn-by-turn navigation. JUMP is gearing up to widely deploy these bikes in January, but there are already some on the streets of San Francisco.

To the rider, the most obvious difference will be the interface on the front where you scan a QR code or tap your phone or RFID card to unlock the bike.

“We did a lot of research about how people were interacting with the bike and streamlined the whole interaction flow to be a lot simpler,” Foley said.

Riders will also notice the absence of a steel U-lock bar in exchange for the retractable cable. Riders may also notice the swappable batteries, which will help with vehicle availability, but this feature is especially useful to Uber and its unit economics for JUMP bikes. “That is a major improvement to system utilization, the operating system, fleet uptime and all of the most critical metrics about how businesses are performing with running a shared fleet,” Foley said. “Swappable batteries mean you don’t have to take vehicles back to wherever you charge a bike or scooter, and that’s good for the business.”

Also, this custom-engineered battery sends diagnostic information to the central unit, which lives near the bike’s handlebars, and then sends that to JUMP’s cloud. That central unit can also monitor the motor system, locking system and drive system, and then send that information to the cloud. From there, the bike can self-diagnose many issues and ultimately reduce the amount of time these bikes spend in warehouses awaiting repairs. 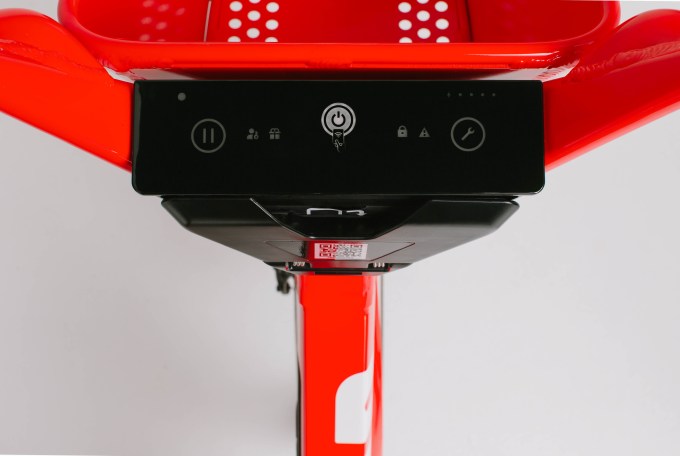 “It’s by building this whole platform to be highly intelligent that we’re able to more efficiently operate these vehicles,” Foley said. “And some things that previously our users might have had to report to us, we can now self-diagnose. And we can actually update the drive parameters — like how the bike responds to pedaling — in real time. It can also do things, like, if you a move a bike between geographies where the speed limit is 20 miles per hour to 15 miles per hour, it’ll automatically pull down new settings from the cloud and operate in a way that the city says it’s supposed to operate.”

Since JUMP first launched in San Francisco earlier this year, people have ridden millions of miles on the bikes, which have since expanded to dozens of cities. Version one of these bikes were relatively durable, but Foley said these new ones should last for several years — give or take a few component changes.

“We saw more aggressive abuse than expected in certain areas,” Foley said. “But one of the major things has been putting bikes in and out of vans. That’s been a really tough moment for bicycles because they’re getting thrown all over the place, so swappable batteries are really going to extend the lifespan.” 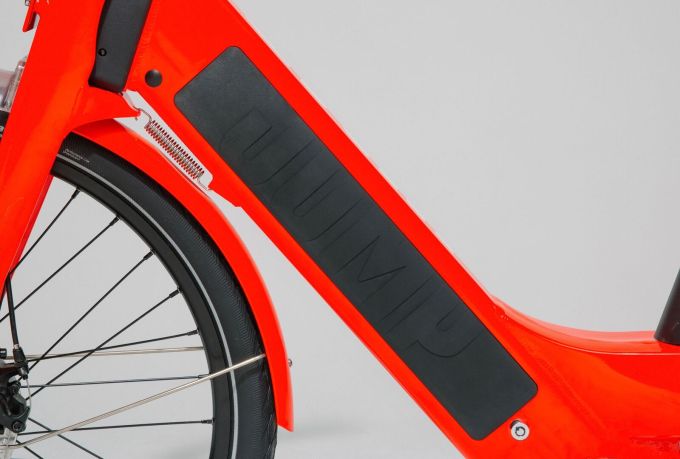 It’s worth noting that as JUMP deploys version two of its bikes, it’s not going to sunset the hardware from version one. Instead, JUMP plans to simply upgrade the hardware with the new lock module and new system intelligence.

Foley said there’s more to come next year, but said the motor system, tracking and user interface are universal pieces of technology that JUMP can bring to its scooters. And as Uber gets closer to its Q1 2019 initial public offering, improving its unit economics across all of its businesses is going to be key.