Sphero’s on-going deals are about more than just priming the pump for the holidays. The Colorado robotic toy startup is also in the process of cleaning out inventory of what are now marked “legacy” products on its site. All of the Disney-licensed products now carry a “THIS IS A LEGACY PRODUCT AND NO LONGER IN PRODUCTION” tag, and in many cases are no longer available through Sphero’s site.

The move is no surprise, of course. The company announced nearly a year ago amid layoffs that its licensed products would be a casualty of its shift toward education. Looks like that’s all finally run its course. Sphero CEO Paul Berberian confirmed the move with the Verge, noting shrinking returns. 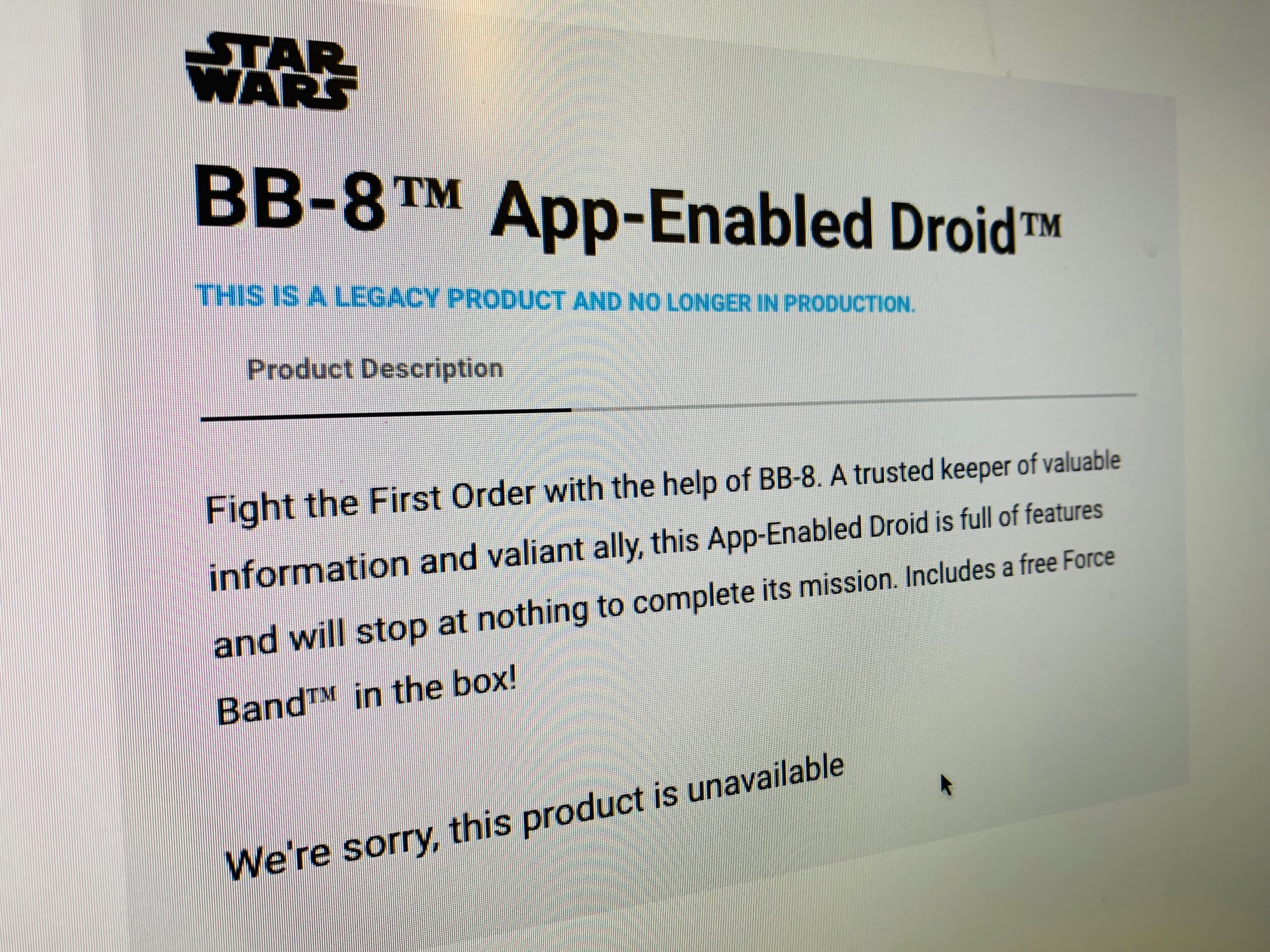 “When you launch a toy, your first year’s your biggest,” he told the site. “Your second year’s way smaller, and your third year gets really tiny.”

BB-8 was a notable hit for the company, selling millions of units and putting Sphero on the map for many. It eventually spread itself too thin, however, doubling, tripling and quadrupling down with robotic-toy takes on R2-D2, Lightning McQueen for cars and Spider-Man.

It was clearly too much, too fast, making its Disney partnership both a blessing and curse. Ultimately, the company saw STEM education as the clear path forward for its offerings.

For those who purchased one of the above, Sphero has promised to offer app support for “at least two years.” You might still be able to get a deal on one if you hurry.

At Sphero, our goal is to keep kids learning through the excitement of play. Through our Disney partnership, we were able to develop robots that allowed iconic personalities to come to life. As we develop a roadmap for the future, Sphero products will continue to build on our successes, expand interactive play and STEAM learning efforts, while keeping products accessible for all ages.

In today’s world, we know STEAM education is more important than ever. There’s a huge opportunity to inject our technology into this field to teach kids crucial real-world skills, through fun, interactive learning. Sphero robots are currently in 20,000+ schools and in many more homes; our vision is to bring coding into every classroom and living room.

In 2019, we will not be renewing our Disney licenses. We’re looking forward to a future of many new products that continue to encourage STEAM learning through play. Look for a new product to be announced at CES that inspires creativity and taps into the A of STEAM learning.