Our distinct skill sets and shortcomings mean people and robots will join forces for the next few decades. Robots are tireless, efficient and reliable, but in a millisecond through intuition and situational awareness, humans can make decisions machine can’t. Until workplace robots are truly autonomous and don’t require any human thinking, we’ll need software to supervise them at scale. Formant comes out of stealth today to “help people speak robot,” says co-founder and CEO Jeff Linnell. “What’s really going to move the needle in the innovation economy is using humans as an empowering element in automation.”

Linnell learned the grace of uniting flesh and steel while working on the movie Gravity. “We put cameras and Sandra Bullock on dollies,” he bluntly recalls. Artistic vision and robotic precision combined to create gorgeous zero-gravity scenes that made audiences feel weightless. Google bought his startup Bot & Dolly, and Linnell spent four years there as a director of robotics while forming his thesis. 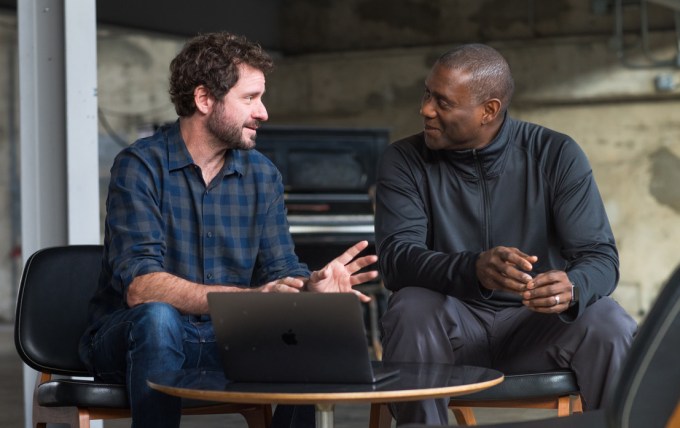 The company has raised a $6 million seed round from SignalFire, a data-driven VC fund with software for recruiting engineers. Formant is launching its closed beta that equips businesses with cloud infrastructure for collecting, making sense of and acting on data from fleets of robots. It allows a single human to oversee 10, 20 or 100 machines, stepping in to clear confusion when they aren’t sure what to do.

“The tooling is 10 years behind the web,” Linnell explains. “If you build a data company today, you’ll use AWS or Google Cloud, but that simply doesn’t exist for robotics. We’re building that layer.”

“This is going to sound completely bizarre,” Formant CTO Anthony Jules warns me. “I had a recurring dream [as a child] in which I was a ship captain and I had a little mechanical parrot on my should that would look at situations and help me decide what to do as we’d sail the seas trying to avoid this octopus. Since then I knew that building intelligent machines is what I would do in this world.”

So he went to MIT, left a robotics PhD program to build a startup called Sapient Corporation that he built into a 4,000-employee public company, and worked on the Tony Hawk video games. He too joined Google through an acquisition, meeting Linnell after Redwood Robotics, where he was COO, got acquired. “We came up with some similar beliefs. There are a few places where full autonomy will actually work, but it’s really about creating a beautiful marriage of what machines are good at and what humans are good at,” Jules tells me. 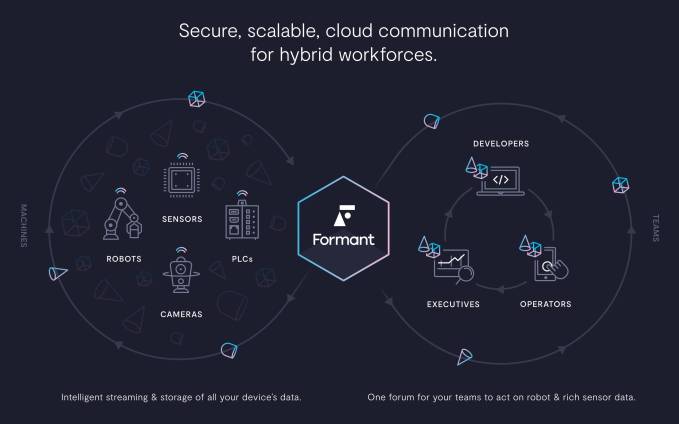 Formant now has SaaS pilots running with businesses in several verticals to make their “robot-shaped data” usable. They range from food manufacturing to heavy infrastructure inspection to construction, and even training animals. Linnell also foresees retail increasingly employing fleets of robots not just in the warehouse but on the showroom floor, and they’ll require precise coordination.

What’s different about Formant is it doesn’t build the bots. Instead, it builds the reins for people to deftly control them.

First, Formant connects to sensors to fill up a cloud with LiDAR, depth imagery, video, photos, log files, metrics, motor torques and scalar values. The software parses that data and when something goes wrong or the system isn’t sure how to move forward, Formant alerts the human “foreman” that they need to intervene. It can monitor the fleet, sniff out the source of errors, and suggest options for what to do next. 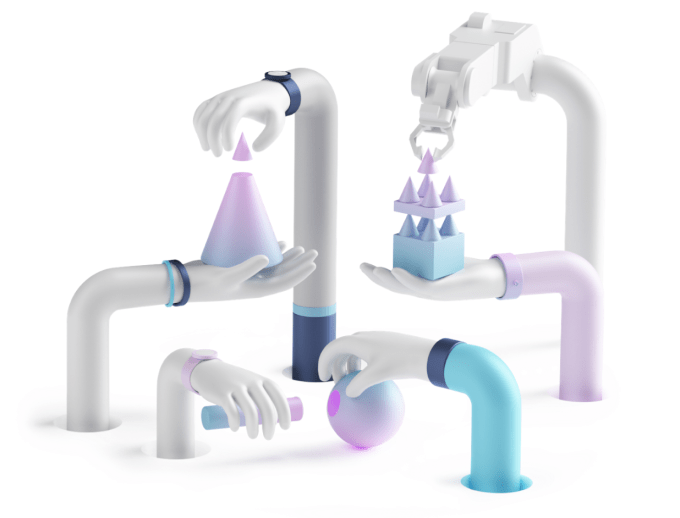 For example, “when an autonomous digger encounters an obstacle in the foundation of a construction site, an operator is necessary to evaluate whether it is safe for the robot to proceed or stop,” Linnell writes. “This decision is made in tandem: the rich data gathered by the robot is easily interpreted by a human but difficult or legally questionable for a machine. This choice still depends on the value judgment of the human, and will change depending on if the obstacle is a gas main, a boulder, or an electrical wire.”

Any single data stream alone can’t reveal the mysteries that arise, and people would struggle to juggle the different feeds in their minds. But not only can Formant align the data for humans to act on, it also can turn their choices into valuable training data for artificial intelligence. Formant learns, so next time the machine won’t need assistance.

With rock-star talent poached from Google and tides lifting all automated boats, Formant’s biggest threat is competition from tech giants. Old engineering companies like SAP could try to adapt to the new real-time data type, yet Formant hopes to out-code them. Google itself has built reliable cloud scaffolding and has robotics experience from Boston Dynamics, plus buying Linnell’s and Jules’ companies. But the enterprise customization necessary to connect with different clients isn’t typical for the search juggernaut. 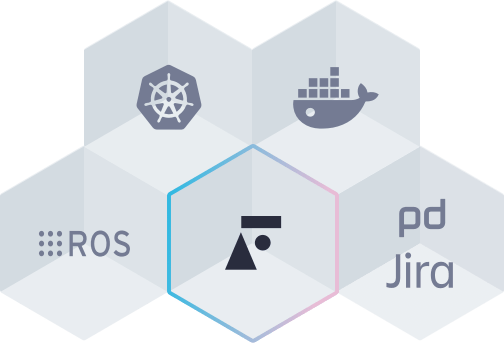 Linnell fears that companies that try to build their own robot management software could get hacked. “I worry about people who do homegrown solutions or don’t have the experience we have from being at a place like Google. Putting robots online in an insecure way is a pretty bad problem.” Formant is looking to squash any bugs before it opens its platform to customers in 2019.

With time, humans will become less and less necessary, and that will surface enormous societal challenges for employment and welfare. “It’s in some ways a continuation of the industrial revolution,” Jules opines. “We take some of this for granted but it’s been happening for 100 years. Photographer — that’s a profession that doesn’t exist without the machine that they use. We think that transformation will continue to happen across the workforce.”