Another round of followups on Nvidia, and then some short news analysis.

Following up on my analyses this week on Nvidia (Part 1, Part 2) , a reader asked in regards to Nvidia’s risk with China tariffs:

but the TSMC impact w.r.t. tariffs doesn’t make sense to me. TSMC is largely not impacted by tariffs and so the supply chain with NVIDIA is also not impacted w.r.t. to TSMC as a supplier. There are many alternate wafer suppliers in Taiwan.

This is a challenging question to definitively answer, since obviously Nvidia doesn’t publicly disclose its supply chain, or more granularly, which factories those supply chain partners utilize for its production. It does, however, list a number of companies in its 10-K form as manufacturing, testing, and packaging partners, including:

To understand how this all fits together, there are essentially three phases for bringing a semiconductor to market:

For the highest precision manufacturing required for chips like Nvidia’s, Taiwan, South Korea and the U.S. are the world leaders, with China trying to catch up through programs like Made in China 2025 (which, after caustic pushback from countries around the world, it looks like Beijing is potentially scrapping this week). China is still considered to be one-to-two generations behind in chip manufacturing, though it increasingly owns the low-end of the market.

Where the semiconductor supply chain traditionally gets more entwined with China is around testing and packaging, which are generally considered lower value (albeit critical) tasks that have been increasingly outsourced to the mainland over the years. Taiwan remains the dominant player here as well, with roughly 50% of the global market, but China has been rapidly expanding.

U.S. tariffs on Chinese goods do not apply to Taiwan, and so for the most part, Nvidia’s supply chain should be adept at avoiding most of the brunt of the trade conflict. And while assembly is heavily based in China, electronics assemblers are rapidly adapting their supply chains to mitigate the damage of tariffs by moving factories to Vietnam, India, and elsewhere.

Where it gets tricky is the Chinese market itself, which imports a huge number of semiconductor chips, and represents roughly 20% of Nvidia’s revenues. Even here, many analysts believe that the Chinese will have no choice but to buy Nvidia’s chips, since they are market-leading and substitutes are not easily available.

So the conclusion is that Nvidia likely has maneuvering room in the short-term to weather exogenous trade tariff shocks and mitigate their damage. Medium to long-term though, the company will have to strategically position itself very carefully, since China is quickly becoming a dominant player in exactly the verticals it wants to own (automotive, ML workflows, etc.). In other words, Nvidia needs the Chinese market for growth at the exact moment that door is slamming shut. How it navigates this challenge in the years ahead will determine much of its growth profile in the years ahead. 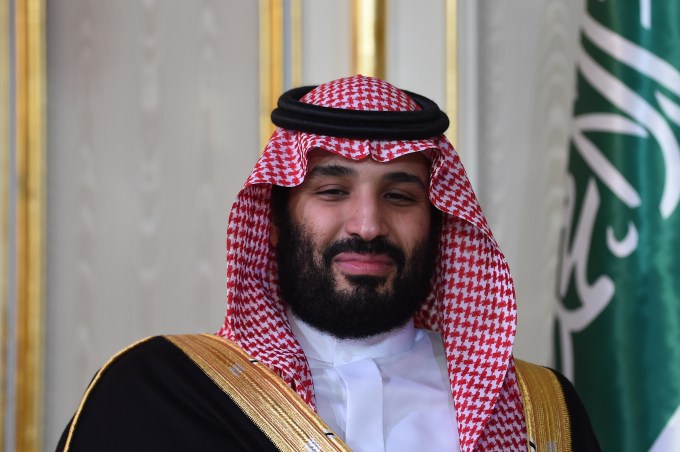 US intelligence community says quantum computing and AI pose an ’emerging threat’ to national security – Our very own Zack Whittaker talks about future challenges to U.S. national security. These technologies are “dual-use,” which means that they can be used for good purposes (autonomous driving, faster processing) and also for nefarious purposes (breaking encryption, autonomous warfare). Expect huge debates and challenges in the next decade about how to keep these technologies on the safe side.

Saudi Arabia Pumps Up Stock Market After Bad News, Including Khashoggi Murder – A WSJ trio of reporters investigates the Saudi government’s aggressive attempts to shore up the value of its stock exchange. Exchange manipulation is hardly novel, either in traditional markets or in blockchain markets. China has been aggressively doing this in its stock exchanges for years. But it is a reminder that in emerging and new exchanges, much of the price signaling is artificial.

A law firm in the trenches against media unions – Andrew McCormick writes in the Columbia Journalism Review how law firm Jones Day has taken a leading role in fighting against the unionization of newsrooms. The challenge of course is that the media business remains mired in cutbacks and weak earnings, and so trying to better divide a rapidly shrinking pie doesn’t make a lot of sense to me. The future — in my view — is entrepreneurial journalists backed up by platforms like Substack where they set their own voice, tone, publishing calendar, and benefits. Having a close relationship with readers is the only way forward for job security.

At least 15 central banks are serious about getting into digital currency – Mike Orcutt at MIT Technology Review notes that there are a bunch of central banks, including China and Canada. What’s interesting is that the trends backing this up including financial inclusion and “diminishing cash usage.” Even though blockchain is in a nuclear winter following the collapse of crypto prices this year, it is exactly these sorts of projects that could be the way forward for the industry.

More semiconductors probably. And Arman and I are side glancing at Yelp these days. Any thoughts? Email me at danny@techcrunch.com.