Yesterday’s analysis of Nvidia’s challneges triggered a surge of mail from readers. The company has lost about half of its value over the past two months, and has mostly blamed a “crypto hangover” for the problem. But as I pointed yesterday, it’s really the three Cs: “Crypto, customers, and China.” There are nuances here worth exploring though.

One major vein of reader feedback was around the remarkable short-termism of my analysis, which (mostly) looked at Nvidia over the past 60 days. As a reader named Stephen wrote to me:

By focusing on the peak price from this summer and its fall you ignore the fact that the stock price today is nearly the same as it was in June of 2017. Nvidia was on a huge run because of Bitcoin and the associated run on GPUs by miners. With the crypto currency market in decline so is the demand for advanced GPUs.

There is nothing Nvidia can do about that. They profited greatly from that blip and now they are returning to normal.

That’s entirely fair. After diving in the 2008 financial crisis along with the rest of the market, Nvidia’s market cap steadily gained value for nearly seven years, growing from around $3.6 billion in 2008 to around $15 billion at the end of 2015, far outpacing the S&P 500 or other standard benchmarks.

As the crypto craze took off in 2016 though, that fairly linear growth became exponential. The company hit a peak this past August, reaching $175 billion in value, only to slam back down to Earth with today’s $91.2 billion. So in about three full years — even with the last two month’s 50% drop — the company has managed to grow its market value roughly six times. That’s very strong growth for an established company, even in the technology sector.

The key question though is whether today’s market value is backed by the company’s positioning in the marketplace.

As much as Nvidia has blamed the collapse of crypto prices for its challenging position, that is hardly the whole story. New competition from startups and its own customers are challenging the company on its plan to dominate a series of new workload applications like machine learning and autonomous vehicles.

If Nvidia succeeds, its market cap makes a whole lot of sense. But if it fails to keep a market dominant position in these new applications, then it will have to revert back to its core gamer audience, and today’s market cap makes no sense given the limited size and growth of that market. 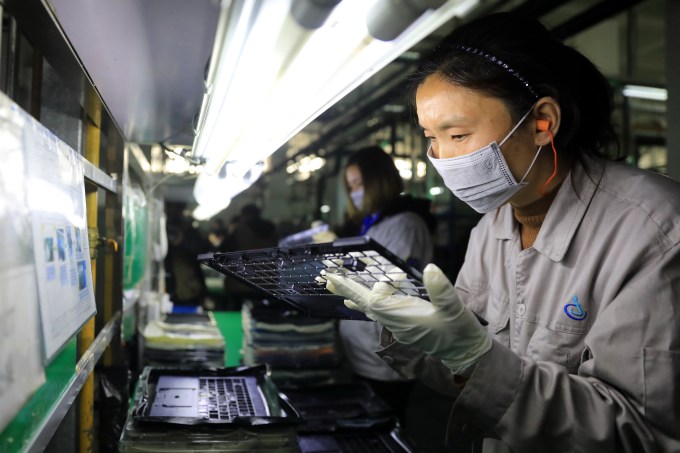 Another strain of readers asked for more analysis around China tariffs and their potential effect on Nvidia (you short sellers are a fascinating lot).

Let’s be clear on my position: I expect the trade conflict to get worse, not better. There is not a single issue for Trump that has better optics, political positioning, and broad support than improving the status quo around China trade. There is broad bipartisan agreement that the status quo is untenable, and while folks might disagree about specific approaches or tactics, no one thinks that China has played fair in trade for years. Trump can look like a fighter for the American worker while bringing (some) Democrats and most of his entire party on board. It’s a potent issue.

That places Nvidia in a real bind, because China is a critical end market for its products, and its manufacturing is heavily intertwined with Chinese supply chains. As just an example of this, just a few months ago, Nvidia chose TSMC over Samsung in a bidding competition to produce its large GPUs.

As Arman and I have talked with some supply chain folks about tariffs, the general consensus is that low tariffs won’t have much impact, but higher tariffs will force huge changes in the way supply chains are built to counteract those costs. That seems to be the conclusion of Debby Wu at Bloomberg as well within the iPhone supply chain world.

That said, as much as I think there should be caution on this front, Nvidia is in a relatively enviable position. Its contract manufacturers will have to deal with the tariffs directly, but Nvidia can move its manufacturing to wherever it needs to go — Korea, Vietnam, back to the U.S. or wherever. There is of course some time lag, but I would be much more worried about TSMC’s position long-term than Nvidia’s.

Short summaries and analysis of important news stories, outside our main analysis

SBI Says It Made An Error Allocating Shares in SoftBank IPO – one of the underwriters for SoftBank’s IPO accidentally sent lower share numbers to some buyers, leading to speculation that the company was dealing with a mass selloff. Things seem to be righted, and blockchain enthusiasts will once again get to scream “BLOCKCHAIN” at another financial markets screwup.

The North Face – Cory Arcangel does a great job of decomposing the modern EDM “product” and placing it into today’s context — with some nice connections to our discussion above about Nvidia. “EDM is the perfect reflection of 2018. It is intense, adrenaline-fueled, all-night music made by hyper efficient, work-a-holic, laptop bureaucrats.” Talking about Steve Angello and his rapid series of engagements on the EDM circuit: “Instead, he—his literal, physical self—was being shipped around, with minutes to spare, as part of an intricate just-in-time supply chain. Like Apple’s, this supply chain is also exceedingly light—Angello is the only asset required.” Hat tip to Robert Cottrell at The Browser for this one.

Semiconductor equipment sales forecast: $62B in 2018 a new record – More uplift for 2018, if some challenges in 2019 forecasted. “In 2018, South Korea will remain the largest equipment market for the second year in a row. China will rise in the rankings to claim the second spot for the first time, dislodging Taiwan, which will fall to the third position.” It will be interesting to see how tariffs affect these numbers next year.

More semiconductors probably. And Arman and I are side glancing at Yelp these days. Any thoughts? Email me at danny@techcrunch.com.