Nvidia is a company that has reached the highest highs and the lowest lows, all in the span of a couple of weeks.

It takes a lot for a company to lose nearly half its value in such a short period of time, but Nvidia is proving that an otherwise strong technology business can disappear in the blink of an eye. The company faces an almost perfect barrage of headwinds to its core products that is stalling its plans for long-term chip domination.

To step back a bit first though, Nvidia has traditionally made graphical processing units (GPUs) that are excellent at the kinds of parallel computation required for gaming and applications like computer-aided design (CAD). It’s a durable and repeatable business, and one that Nvidia has a commanding market share in.

Yet, these markets are also fairly narrow, and so Nvidia has endeavored over the past few years to expand its product offerings to encompass new applications like artificial intelligence / machine learning, autonomous automotive and crypto hashing. These applications all need strong parallelized processing, which Nvidia specializes in.

At least part of that story has worked well. Nvidia’s chips were extremely popular in the crypto run-up over the past few years, causing widespread shortages of the chips (and annoying its core gaming fans in the process).

This was huge for Nvidia. The company had revenues of $1.05 billion for the quarter ending October 31, 2013, and $1.31 billion two years later in 2015 — a fairly slow rate of growth as would be expected for a dominant player in a mature market. As the company expanded its horizons though, Nvidia engorged on growth in new applications like crypto, growing to $3.2 billion in revenue in its last reported quarter. As can be expected, the stock soared.

Now, Nvidia’s growth story is being hammered on multiple fronts. First and foremost, the huge sales of its chips into the crypto space have dried up as crypto prices have crashed in recent months. This is a pattern we are seeing with other companies, namely Bitmain, which has made specialized crypto chips a major part of its business but has lost an enormous amount of its momentum in the crypto bust. It announced it was shuttering its Israel office this week.

That bust is obvious in Nvidia’s revenues this year: they are essentially flat for three quarters now, hovering between $3.1 and $3.2 billion. Some have called this Nvidia’s “crypto hangover.” But crypto is just one facet of the challenges that Nvidia faces.

When it comes to owning next-generation application workflows, Nvidia is facing robust competition from startups and established players who want access to this potentially gigantic market. Even its potential customers are competing with it. Facebook is reportedly designing its own chips, Apple has been doing so for years, Google has been in the game a while and Amazon is getting into the game fast. Nvidia has the know-how to compete, but these companies also understand the nuances of their applications really, really well. It’s a tough market position to be in.

If the challenges around applications weren’t enough, geopolitical tensions are also causing Nvidia serious harm. As Dan Strumpf and Wenxin Fan wrote in The Wall Street Journal two weeks ago in a deep dive, the company is emblematic of the challenge Silicon Valley firms face in the U.S. / China trade stand-off:

Nvidia executives are watching the trade fight with growing unease over whether it will curb its access to Chinese customers, according to a person familiar with the matter. Almost 20% of Nvidia’s $9.7 billion in revenue last year came from China. Many of its chips are used there for assembly into other products, and it has invested heavily to tap China’s burgeoning AI industries.

The company also is concerned that deteriorating relations between the world’s two biggest economies are causing Beijing to double down on efforts to reduce reliance on U.S. suppliers of key hardware such as chips by nurturing homegrown competitors, eating into Nvidia’s long-term business.

Crypto, customers and China. That’s how you lose half your company’s value in two months. 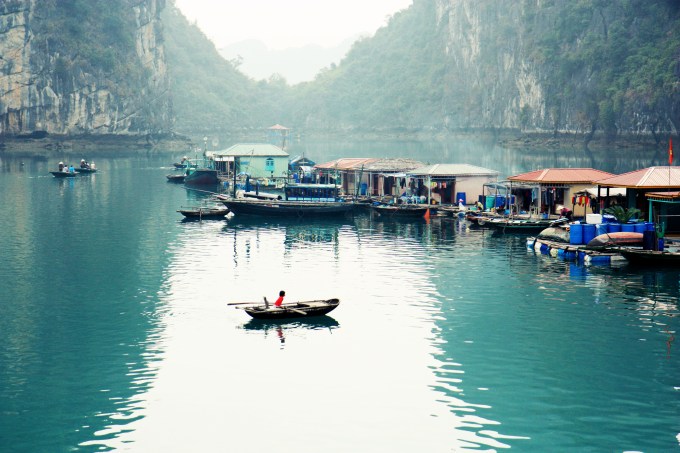 Google “studying steps” to open headquarters in Vietnam in accordance with cybersecurity laws. Following the testimony yesterday from Sundar Pichai on Capitol Hill, it’s interesting to see Google reportedly attempting to open this office in Vietnam, where it faces many of the same challenges as its expansion into China. Vietnam, like many other nations around the world, has recently passed a data sovereignty law that requires that local data be stored locally, forcing Google’s hand. China may be the bogeyman du jour, but the market access challenges posed by China are hardly unique.

Japan’s top 3 telcos to exclude Huawei, ZTE network equipment, according to Japanese news reports – Huawei’s bad news continues, this time with Japanese telcos supposedly vowing not to use the company’s equipment. This is something of a major development if it pans out — so far, the blocks on Huawei equipment have originated from the group of five nations known as the Five Eyes, who share intelligence information. Japan is not a member of that network, and could set the tone for other nations in Asia.

Baidu among 80 plus companies found faking corporate information. Baidu was censured for erroneous information in its Chinese corporate filings. That’s bad news for Baidu, which has hit rock bottom in its share price in the past few days, declining from a 52-week high of $284.22 to today’s opening of $180.50.

Arman and I are still investigating the next-generation silicon space. Some good conversations the past few days with investors and supply-chain folks to learn more about this space. Nvidia’s analysis above is the tip of the iceberg. Have thoughts? Give me a ring: danny@techcrunch.com.