Thibault Schrepel Contributor
Thibault Schrepel is an Assistant Professor in the Department of Public Economic Law at Utrecht University and a reviewer at the Stanford Journal of Blockchain Law & Policy.

While statements and position papers from most central banks were generally skeptical of cryptocurrencies, the times may be changing.

Earlier this year, the Federal Reserve of Saint Louis published a study that relates the positive effects of cryptocurrencies for privacy protection.

Even with the precipitous decline in value of Bitcoin, Ethereum and other currencies, the Federal Reserve author emphasized the new competitive offering these currencies created exactly because of the way they function, and accordingly, why they are here to stay.

And antitrust authorities should welcome cryptocurrencies and blockchain technologies for the same reason.

In the July article from Federal Reserve research fellow Charles M. Kahn, cryptocurrencies were held up as an exemplar of a degree of privacy protection that not even the central banks can provide to customers.

Kahn further stressed that “privacy in payments is desired not just for illegal transactions, but also for protection from malfeasance or negligence by counterparties or by the payments system provider itself.”

The act of payment engages the liability of the person who makes it. As a consequence, parties insert numerous contractual clauses to limit their liability. This creates a real issue due to the fact that some “parties to the transaction are no longer able to support the lawyers’ fees necessary to uphold the arrangement.” Smart contracts may address this issue by automating conflict resolution, but for anyone who doesn’t have access to them, crypto-currencies solve the problem differently. They make it possible to make a transaction without revealing your identity.

Above all, crypto-currencies are a reaction to fears of privacy invasion, whether by governments or big companies, according to Kahn. And indeed, following Cambridge Analytica and fake news revelations, we are hearing more and more opinions expressing concerns. The General Data Protection Regulation is set to protect private citizens, but in practice, “more and more individuals will turn to payments technologies for privacy protection in specific transactions.” In this regard, cryptocurrencies provide an alternative solution that competes directly with what the market currently offers.

Consequence: blockchain is good for competition and consumers

Indeed, cryptocurrencies may be the least among many blockchain applications. The diffusion of data among a decentralized network that is independently verified by some or all of the network’s participating stakeholders is precisely the aspect of the technology that provides privacy protection and competes with applications outside the blockchain by offering a different kind of service.

The Fed of St. Louis’ study underlines that “because privacy needs are different in type and degree, we should expect a variety of platforms to emerge for specific purposes, and we should expect continued competition between traditional and start-up providers.”

And how not to love variety? In an era where antitrust authorities are increasingly interested in consumers’ privacy, cryptocurrencies (and more generally blockchains) offer a much more effective protection than antitrust law and/or the GDPR combined.

These agencies should be happy about that, but they don’t say a word about it. That silence could lead to flawed judgements, because ignoring the speed of blockchain development — and its increasingly varied use — leads to misjudge the real nature of the competitive field.

And in fact, because they ignore the existence of blockchain (applications), they tend to engage in more and more procedures where privacy is seen as an antitrust concern (see what’s happening in Germany). But blockchain is actually providing an answer to this issue; it can’t be said accordingly that the market is failing. And without a market failure, antitrust agencies’ intervention is not legitimate. 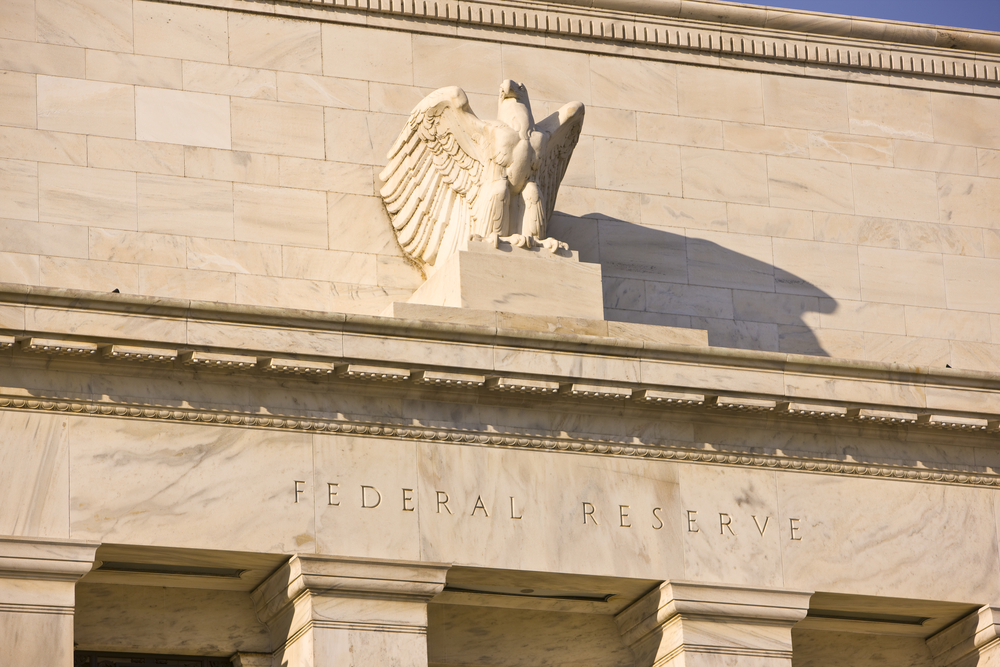 The roles of the fed and antitrust agencies could change

This new privacy offering from blockchain technologies should also lead to changes in the role of agencies. As the Fed study stressed:

The future of central banks and payments authorities is no longer in privacy provision but in privacy regulation, in holding the ring as different payments platforms offer solutions appropriate to different niches with different mixes of expenses and safety, and with attention to different parts of the public’s demand for privacy.

Some constituencies may criticize the expanding role of central banks in enforcing and ensuring privacy online, but those banks would be even harder pressed if they handled the task themselves instead of trying to relinquish it to the network.

The same applies to antitrust authorities. It is not for them to judge what the business model of digital companies should be and what degree of privacy protection they should offer. Their role is to ensure that alternatives exist, here, that blockchain can be deployed without misinformed regulation to slow it down.

Perhaps antitrust agencies should be more vocal about the benefits of cryptocurrencies and blockchain and advise governments not to prevent them.

After all, if even a Fed is now pro-cryptocurrencies, antitrust regulators should jump on the wagon without fear. After all, blockchain creates a new alternative by offering real privacy protections, which ultimately put more power in the hands of consumers. If antitrust agencies can’t recognize that, we will soon ask ourselves: who are they really protecting?