Thought VR was too expensive and too bulky? Well, VRgineers is here with a giant $5,800 headset to prove that you lack perspective.

The Prague-based startup just showed off its latest piece of high-end VR hardware, which it will be launching at this year’s CES expo. The headset sports a 180-degree field-of-view, dual 2560 x 1440 OLED displays and a form factor that’s massive. The big focus of the revamped XTAL headset seems to be in the lenses, which have a brand new design meant to expand what users can see at full resolution inside the headset while also minimizing distortion elsewhere. 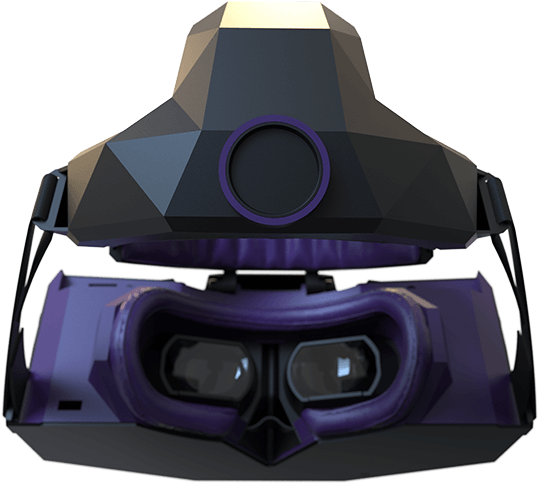 The headset has integrated Leap Motion hand-tracking, is compatible with a variety of tracking systems and leans heavily on voice controls.

What VRgineers has built is quite obviously professional-focused. It’s pushing industry boundaries in field-of-view and resolution.

Their focus is clearly enterprise, given its $5,800 price tag. Specifically, the startup seems to be trying to capture the automotive market, where VR is actually being leaned on heavily in design and manufacturing.

The high-end VR headset market is in a bit of an interesting spot right now. Oculus has seemed to hurt the rest of the market by having driven hardware margins so low in the quest to make VR more approachable. It’s difficult to fault them for wanting to recoup some of their investment in Oculus VR, but the more niche hardware players have really been usurped by a competitor that’s just operating on longer timelines.

Things are looking up for more high-end-focused VR startups, though; Oculus seems to be moving in a different direction for its next PC VR hardware release. We reported last month that Oculus was looking to keep a lot of stuff the same with its next headset, possibly called the “Rift S.” This leaves some positive room for high-end VR startups to charge exorbitant amounts for their products but also deliver more niche feature sets for customers at the same time.