The question of how self-driving cars will interact and communicate with humans is one that has come up before, but the answer is still up in the air. Google has been looking into this at least since 2012, and earlier this year, Uber filed a patent for using flashing lights and sounds to talk to pedestrians. Now, the United States Patent Office has granted Lyft with a patent for what it describes as an autonomous vehicle notification system.

Lyft’s solution entails developing a predetermined message to display on the most visible car window. In one example, each window includes a projector, a see-through screen or another display device to communicate the message. 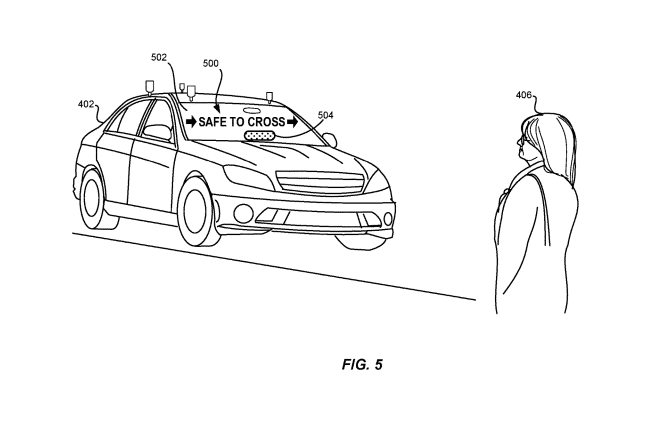 “[…] integrating these autonomously-provided services into a mixed autonomous and human-operated environment has many challenges,” the patent filing states. “Drivers and pedestrians are accustomed to interacting in particular ways, removing a driver from some vehicles can lead to uncertainty and miscommunication.”

Below, you can see how Lyft envisions communicating with other cars, bikers, as well as passengers waiting for their car to arrive.

As noted, Lyft is not the only company looking at ways for their autonomous vehicles to interact with the outside world. Startup Drive.ai, for example, uses LED signs that use text and pictures to communicate. 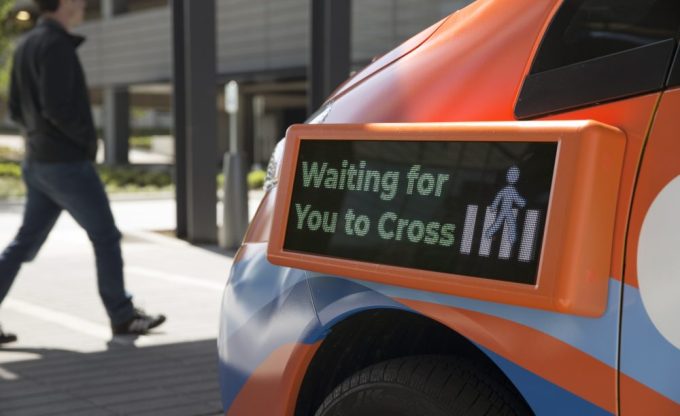 “We want everyone to trust self-driving vehicles — no matter if they are riders in these vehicles themselves or pedestrians, cyclists, scooter users or other drivers sharing the road,” Ford Human Factors Technical Specialist for Self-Driving Vehicles John Shutko wrote on Medium in October. “Having one, universal communication interface people across geographies and age groups can understand is critical for the successful deployment of self-driving technology.”

Lyft first launched its self-driving car division in July 2017. Since then, Lyft has partnered with Drive.ai as well as with tier-one automotive industry supplier Magna on autonomous vehicle technology. Magna also invested $200 million in Lyft in exchange for an equity stake.

To be clear, patents don’t always lead to product implementation. I’ve reached out to Lyft and will update this story if I hear back.