We were promised jetpacks, but let’s be honest, they’re just plain unsafe. So a nice drone ride is probably all we should reasonably expect. Lift Aircraft is the latest to make a play for the passenger multirotor market, theoretical as it is, and its craft is a sleek little thing with some interesting design choices to make it suitable for laypeople to “pilot.”

The Austin-based company just took the wraps off the Hexa, the 18-rotor craft it intends to make available for short recreational flights. It just flew for the first time last month, and could be taking passengers aloft as early as next year. 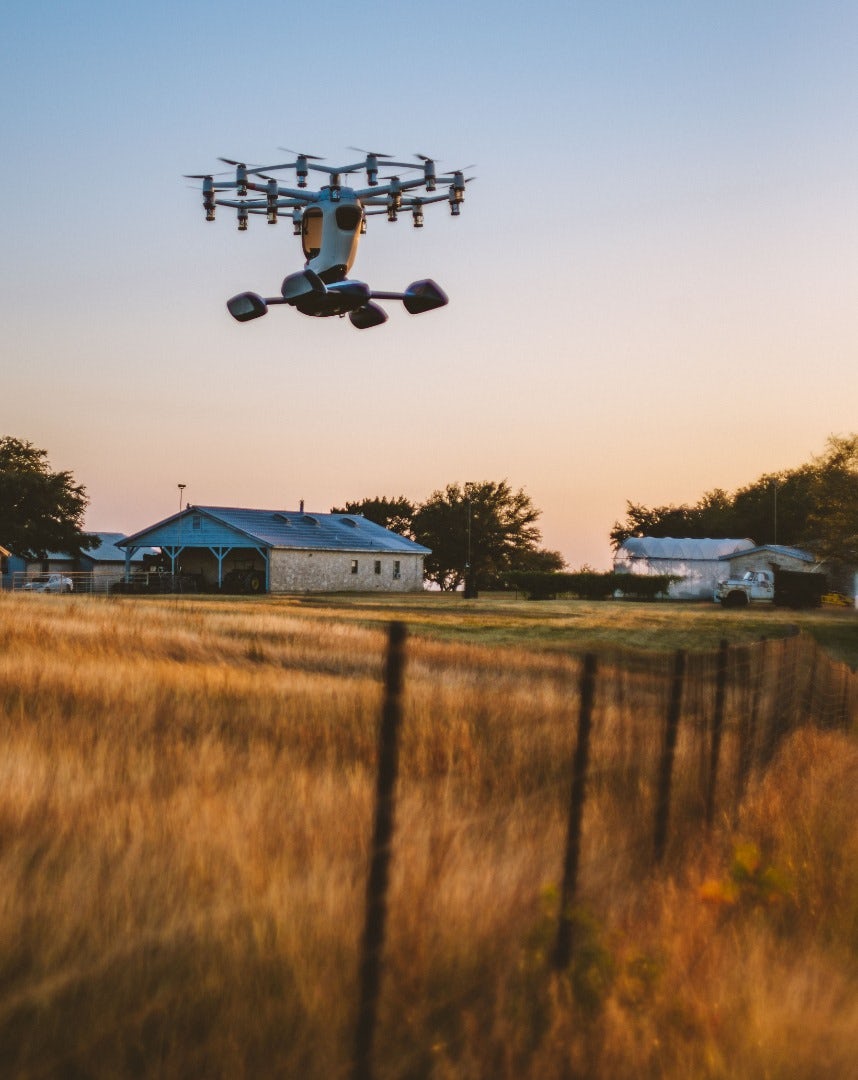 The Hexa is considerably more lightweight than the aircraft that seemed to be getting announced every month or two earlier this year. Lift’s focus isn’t on transport, which is a phenomenally complicated problem both in terms of regulation and engineering. Instead, it wants to simply make the experience of flying in a giant drone available for thrill-seekers with a bit of pocket money.

This reduced scope means the craft can get away with being just 432 pounds and capable of 10-15 minutes of sustained flight with a single passenger. Compared with Lilium’s VTOL engines or Volocopter’s 36-foot wingspan, this thing looks like a toy. And that’s essentially what it is, for now. But there’s something to be said for proving your design in a comparatively easily accessed market and moving up, rather than trying to invent an air taxi business from scratch.

“Multi-seat eVTOL air taxis, especially those that are designed to transition to wing-borne flight, are probably 10 years away and will require new regulations and significant advances in battery technology to be practical and safe. We didn’t want to wait for major technology or regulatory breakthroughs to start flying,” said CEO Matt Chasen in a news release. “We’ll be flying years before anyone else.”

The Hexa is flown with a single joystick and an iPad; direct movements and attitude control are done with the former, while destination-based movement, take-off and landing take place on the latter. This way people can go from walking in the front door to flying one of these things — or rather riding in one and suggesting some directions to go — in an hour or so.

It’s small enough that it doesn’t even count as a “real” aircraft; it’s a “powered ultralight,” which is a plus and a minus: no pilot’s license necessary, but you can’t go past a few hundred feet of altitude or fly over populated areas. No doubt there’s still a good deal of fun you can have flying around a sort of drone theme park, though. The whole area will have been 3D mapped prior to flight, of course.

Lifting the Hexa are 18 rotors, each of which is powered by its own battery, which spreads the risk out considerably and makes it simple to swap them out. As far as safety is concerned, it can run with up to six engines down, and has pontoons in case of a water landing and an emergency parachute should the unthinkable happen.

The team is looking to roll out its drone-riding experience soon, but it has yet to select its first city. Finding a good location, checking with the community, getting the proper permits — not simple. Chasen told New Atlas the craft is “not very loud, but they’re also not whisper-quiet, either.” I’m thinking “not very loud” is in comparison to jets — every drone I’ve ever come across, from palm-sized to cargo-bearing, has made an incredible racket, and if someone wanted to start a drone preserve next door I’d fight it tooth and nail. (Apparently Seattle is high on the list, too, so this may come to pass.)

In a sense, engineering a working autonomous multirotor aircraft was the easy part of building this business. Chasen told GeekWire that the company has raised a “typical-size seed round,” and is preparing for a Series A — probably once it has a launch city in its sights.

We’ll likely hear more at SXSW in March, where the Hexa will likely fly its first passengers.