Ah, holiday board gaming. A roaring fire. A glass of nog. And a raging debate over whether the blue guy was next to the red square or vice versa.

Buying a gift for a board game fan? Just need something new to bring along to the get together? In this roundup we highlight some of what we’ve been playing lately — from the easy to the immensely complex — and give you and your family fodder for your next bout of holiday fun. Some new, some old, all great. 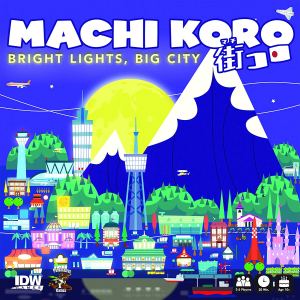 This super-cute card game involves building a city using special buildings and attractions. Will your city have a power station, a noodle bar and a playground? Or will you focus on a TV station, a bakery and city hall? Think of it as a whimsical Sim City in physical form. 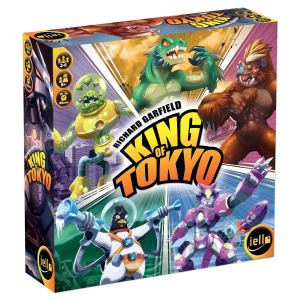 Who do you want to be today? A giant lizard? A mech? An alien invader? With King of Tokyo you can take over a Japanese metropolis with your giant monster and, with the right moves, take out other players with your spiky tail or teeth. A great game for middle-schoolers, it offers some of the fun of card gaming with board game play. 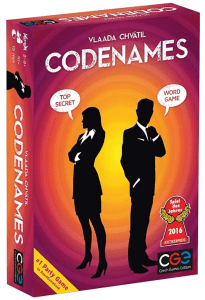 Codenames is a wildly different experience with each new group of players. You lay out a grid of cards, each with a single word on it. You pair off two-versus-two, with one player being the clue giver, the other being the guesser. The clue giver is trying to get their guesser to pick as many of their team’s cards as they can each turn, but there’s a catch: the clue giver can only say one word per turn… and there are sudden-death cards on the board. You’re looking for single words that can connect multiple cards without misleading the guesser into tapping any of the other team’s cards or, worse yet, the sudden-death killer card. Lead the guesser astray, and your team’s done for. There are all sorts of variations of Codenames at this point — including a picture-heavy Disney remix for when the littles want to join in. 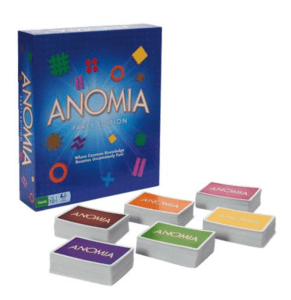 You pull a card. It has a seemingly random symbol on it, along with a category — like “Shoe brand,” or “Occupation,” or “Pop Star.” Look at the top cards of the other players at the table; does your symbol match anyone else’s symbol? If so, the race is on. The first one who can name something, anything that fits the category wins that round. It sounds simple, but it’ll leave your brain exhausted and your body sore from laughter. 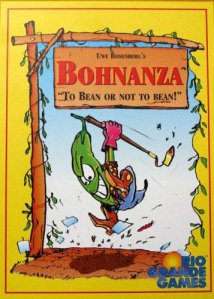 In this German card game, you’re dealt a hand of assorted types of beans (some more rare than others) that you must play in the order they’re dealt. You have a limited number of fields in which to plant your beans, which you can then harvest for money. The trick of the game is that as new cards/beans are introduced, they must be planted or harvested by someone at the table for play to resume, so a big part of the game is negotiating bean trades with other players to make the most of your own hand. The player with the most money at the end of the game wins. If you enjoy haggling and negotiating (and goofy cartoon beans) this game is for you. 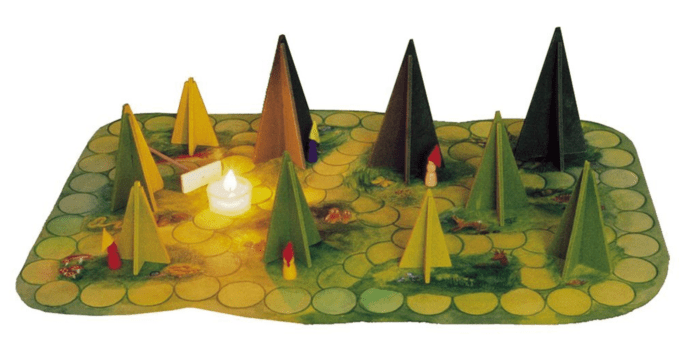 I’ve talked about this game before on TC, but this version, in the original German, is one of the coolest versions. The gameplay is simple: you turn off the lights in the room and hide little elves behind tall trees. Then one player moves her candle through the forest, trying to catch the elves at play. Once all the elves are caught — or all the elves hide in one spot — you win. The best part? Fire! 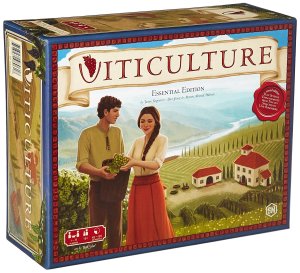 Given that most games are played while drinking a bottle or two of wine, Viticulture is the drinking person’s board game. You and your family run a small winery in Tuscany and you have to grow your business by picking grapes, making wine and getting visitors. Another building game with a great premise. 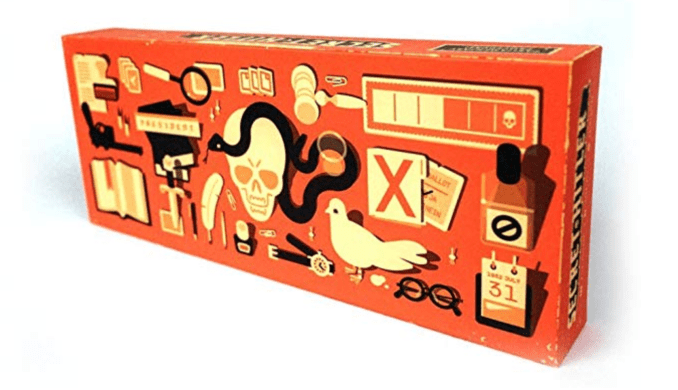 Secret Hitler is a game about the rise of fascism. While it’s not a light-hearted game, it does teach us about the fragility of political systems and what it takes to go from a peaceable state to a fascist one overnight. Influenced by Werewolf/Mafia style games, one player is Secret Hitler and another player is a secret Nazi. Together, without telling the other players, they must work together to convert the government to fascism. It’s well worth a look if you like thinking games. 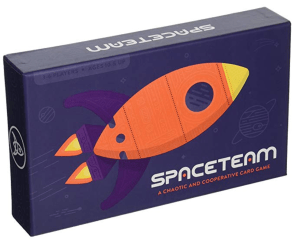 Spaceteam is a cooperative game — you win, or lose, together. But just because it’s cooperative doesn’t mean it’s a calm, friendly hang. Oh, there will be yelling.

Spaceteam has you working together to repair your failing spacecraft. Everyone at the table has a set of goals they need to accomplish… but everyone else at the table has their own goals, too. And everyone seemingly has the wrong tools. Gather all the tools you need from other players, and that goal is complete… but everyone else needs their tools too, and with the timer counting down, you’re going to have to all go simultaneously if you’re going to survive. It’s frantic and ridiculous and OH MY GOD SOMEONE PASS ME THE CENTRIFUGAL DISPOSAL, I’VE ASKED 15 TIMES! Oh, nevermind, I have it right here. 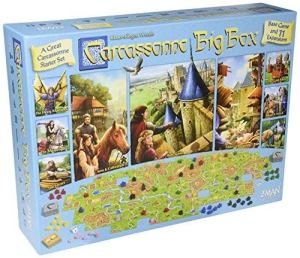 Carcassonne is one of my absolute favorite games. This city-building game lets little ones take part in the fun and, because it is so visually arresting, it can engross you for hours. This massive box includes almost all the expansions. I cannot recommend this game more highly. 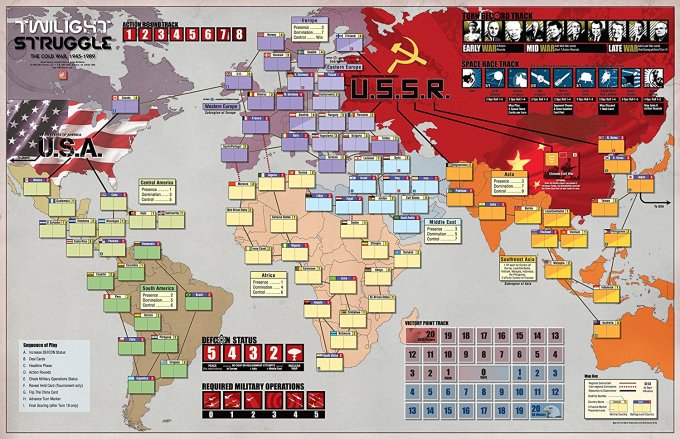 This massive game lets you play the USSR vs. the USA in a struggle for world domination. Designed to simulate the Cold War — I know, exciting! — it’s actually a truly engrossing title and well worth a look. 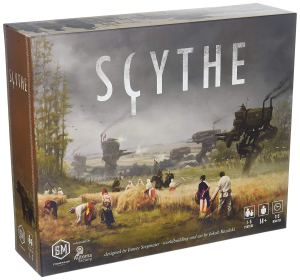 Scythe is a sprawling game that uses cards and miniatures to describe a world of alternate reality. As a farmer in this broken world you must rebuild your armies, reclaim lost lands and start up the great gears of progress. It’s a long game — about 115 minutes — but it has gotten rave reviews. 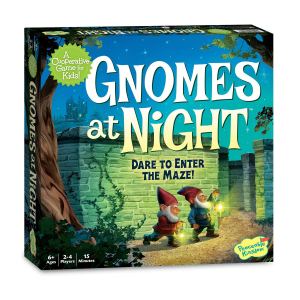 Gnomes at Night is a cooperative kids game with a twist. One player sees a maze while other player cannot. The players work together to move through the maze to the treasure, encouraging communications and interaction that online games lack. 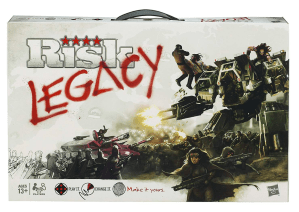 Risk Legacy offers all the complexity of Risk with even more complexity! In each game the board and pieces themselves change, allowing you to create long stretches of gameplay that promise repeat bouts. While old-fashioned Risk is a still a classic, this amazing game is a great expansion to that military world. 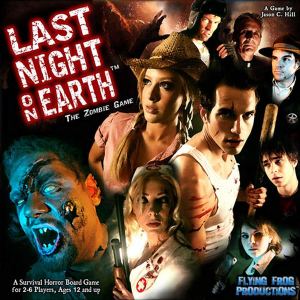 Last Night on Earth is a board game with multiple playthrough scenarios. Players get to choose if they play as humans or zombies. If you’re on the human team, you get to pick a hero card before the game starts. You then move around the board to solve the scenario — for instance, you can be defending a manor, escaping a location and more. Zombies will get in the way and you’ll have to find the best weapon to get rid of them. 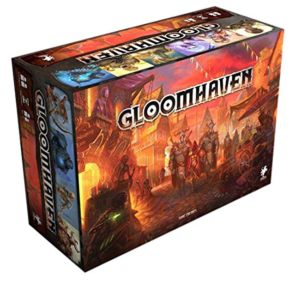 If your friends and family take board gaming serious, consider Gloomhaven. It’s a good bit more intense (and, at $140+, more expensive) than anything listed above, but it’s one of the most popular games of the year for a reason. A ready-to-play dungeon crawler in a box, it’s got thousands of cards, dozens of playable classes and nearly 100 playable scenarios. You’ll want to lock in a group of friends who can meet up regularly to play this one before diving in — but if you can do that, you’re in for something special. 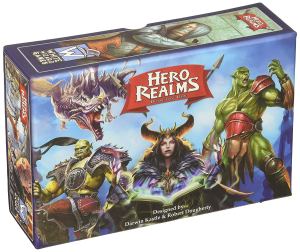 Hero Realms is like a trading card game (think Magic: The Gathering) but also quite different. If you hate buying card packs to build the best deck ever, Hero Realms is for you — everything is already in the box. Each player starts with just a handful of cards and slowly builds a deck by acquiring cards from the central pile. After that, it’s a matter of combining the effects of multiple cards to attack your opponent and destroy their heroes.