The humble business card is a target for disruption in Southeast Asia after Japanese contacts management startup Sansan raised JPY 3 billion ($26.5 million) to expand its business into the region.

Founded way back in 2007, Sansan helps bring business intelligence to companies through a system that helps build connections between users and both internal employees and external contacts using, among other things, business cards.

“Our purpose is to use tech to enhance the utility and value of business cards,” Sansan co-founder and director Kei Tomioka told TechCrunch in an interview. “They are customary for business in most parts of the world, especially Japan, but there’s no easy way to digitize them.”

This new round will bring that focus to Southeast Asia, where Sansan already has an office in Singapore. The capital — which is a Series E round — was provided by Japan Post Capital, T. Rowe Price, SBI Investment and DCM Ventures, and it takes Sansan to around $100 million raised to date.

Sansan claims that 7,000 corporations use its core product — also called Sansan — which helps build and organize networks. At its core, users scan another person’s business card, which is then digitized, uploaded to the cloud and made part of their database. The Sansan system then allows interactions, such as meetings, calls, notes and more to be added to the entry to help track interactions. The resources are held within companies, rather than employees themselves, which means strategies around sales, marketing and more can be kept organized and centralized.

In addition, Sansan operates a LinkedIn-like service called Eight which is available for free and is linked to the core product, allowing users to update their job, company, etc. without having to provide a new business card. Eight has some two million users today, according to Sansan.

Unlike LinkedIn, however, which is commonly used for finding jobs, Tomioka suggested that Eight and Sansan help maintain networks and increase communication and engagement. 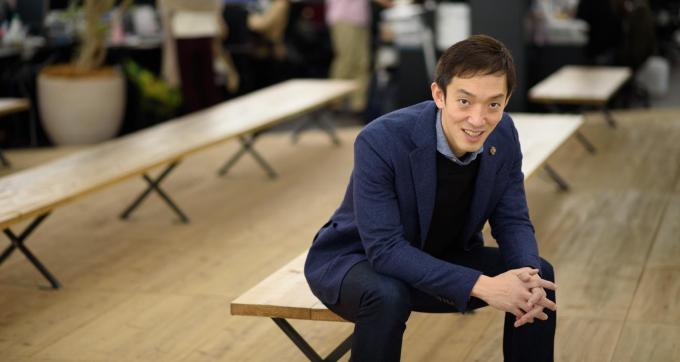 Tomioka — who previously worked for Oracle in Thailand — said that he sees much potential for the services in Southeast Asia, where the region’s digital economy is expected to triple by 2025, albeit with a greater focus on SMEs rather than Japan-style mega corporations.

Already, Sansan has picked up some 100 or so clients in the region — mostly by targeting Japanese corporations in Singapore — while Eight has reached 100,000 registered users across Southeast Asia since a soft launch in October 2017.

“We want to expand globally and Singapore is our first step,” said Tomioka, indicating that there are future plans to look at business in India, Europe and potentially the U.S. further down the line. Elsewhere, the firm is hiring data scientists as it aims to bring additional smarts to its services.

The proposition is interesting — personally speaking I have multiple stacks of business cards sitting idle — but it remains to be seen how open businesses in Southeast Asia will be to paying for the service, even with clear benefits. SaaS as a model is still establishing its roots among SMEs, while there are already popular options. LinkedIn is, of course, the de facto professional social network, while Facebook, which has been ramping up its efforts in that space lately, is also a popular option.

Update: The original version of this article was updated to reflect that quoted comments were from Sansan co-founder Kei Tomioka not Chikahiro Terada.