Two and a half years after launch, Pokémon GO is at last getting player-versus-player battling.

If you’ve already had your fun with GO and moved on, that headline is probably all you need to know — it’s either enough to re-spark your interest, or not.

But if you’re still polishing up that Pokédex, hatchin’ eggs and raiding every weekend, you’re probably itching for a few more details. Good news! I got to run through a few battles late last week, and I noted damn near everything that was mentioned.

Here’s what I learned: 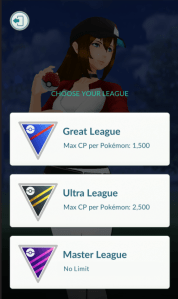 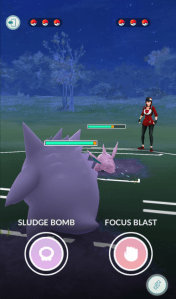 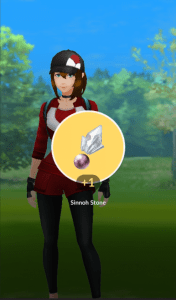 For anyone hoping that GO’s eventual battle system would be modeled after the battles of the main series, this… isn’t that. Rather than a turn-by-turn back and forth, battling in GO feels closer to what players might’ve grown accustomed to when taking down a gym or participating in a raid. New mechanics, like the aforementioned protect shields, help to make it feel a bit more strategic and less like blindly tapping the screen until something happens — but after 20-something years of Pokémon games, any changes are bound to be a point of heated debate.

With that said (and with the disclaimer that I’ve only had a few battles so far) I’d say I’m… intrigued. It certainly won’t replace the main series battling system in anyone’s heart, but it’s a solid take on a system that works for casual players while still giving them reason to better learn which Pokémon are strong/weak against each other, which move sets are most effective, etc. It’s an intentionally casual battle system for what is an intentionally casual game. Don’t like it enough to take the time to battle a friend? Battle an AI trainer instead, get your rewards, and be done with it. Want to swing the other way and get super into it and become notorious in your neighborhood for being tough to beat? You can do that too, and the gameplay impact is about the same.

I appreciate that they’re allowing friends to battle remotely (once they’ve reached the ultra/best friend tiers). It’s a bit of a departure for this game, which generally requires you to be on-location and face-to-face for nearly everything else. But with many Pokémon GO players being new to the series, remote battling lets them get in more battling practice against an actual human than an exclusively in-person system might.

As usual, Niantic is being a bit ambiguous about when this’ll roll out, saying only that it’ll roll out “later this month” — which, generally, means as soon as they’re able to flip all the switches, squash the last-minute bugs and get the necessary updates through the App Store. From what I’m hearing, and like many of the recent GO feature releases, I’d expect it to go live for higher-level players first.