Facebook will now freely allow developers to build competitors to its features upon its own platform. Today Facebook announced it will drop Platform Policy section 4.1, which stipulates “Add something unique to the community. Don’t replicate core functionality that Facebook already provides.”

That policy felt pretty disingenuous given how aggressively Facebook has replicated everyone else’s core functionality, from Snapchat to Twitter and beyond. Facebook had previously enforced the policy selectively to hurt competitors that had used its Find Friends or viral distribution features. Apps like Vine, Voxer, MessageMe, Phhhoto and more had been cut off from Facebook’s platform for too closely replicating its video, messaging or GIF creation tools. Find Friends is a vital API that lets users find their Facebook friends within other apps.

The move will significantly reduce the risk of building on the Facebook platform. It could also cast it in a better light in the eyes of regulators. Anyone seeking ways Facebook abuses its dominance will lose a talking point. And by creating a more fair and open platform where developers can build without fear of straying too close to Facebook’s history or road map, it could reinvigorate its developer ecosystem.

[Update 12/5/2018 1pm pacific: It’s now clear that Facebook changed this policy in hopes of getting ahead of damaging PR caused by the UK Parliament releasing internal emails about Facebook’s plans to cut off competitors in the past. In one email, when asked by a Facebook engineer if they should cut off Vine’s access to Facebook data, Zuckerberg replies “Yup, go for it.” Facebook has now formally announced the policy change allowing competing apps to be built in its platform.] 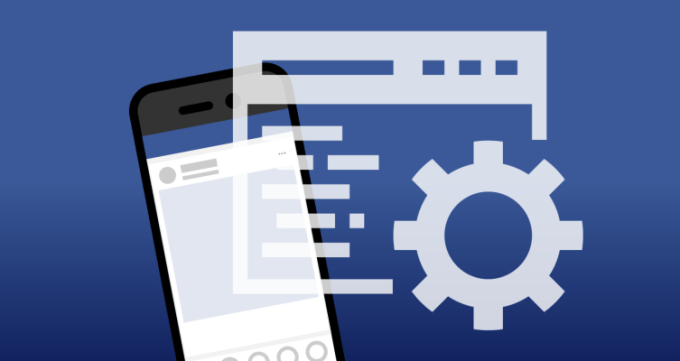 We built our developer platform years ago to pave the way for innovation in social apps and services. At that time we made the decision to restrict apps built on top of our platform that replicated our core functionality. These kind of restrictions are common across the tech industry with different platforms having their own variant including YouTube, Twitter, Snap and Apple. We regularly review our policies to ensure they are both protecting people’s data and enabling useful services to be built on our platform for the benefit of the Facebook community. As part of our ongoing review we have decided that we will remove this out of date policy so that our platform remains as open as possible. We think this is the right thing to do as platforms and technology develop and grow.

The change comes after Facebook locked down parts of its platform in April for privacy and security reasons in the wake of the Cambridge Analytica scandal. Diplomatically, Facebook said it didn’t expect the change to impact its standing with regulators but it’s open to answering their questions.

Earlier in April, I wrote a report on how Facebook used Policy 4.1 to attack competitors it saw gaining traction. The article, “Facebook shouldn’t block you from finding friends on competitors,” advocated for Facebook to make its social graph more portable and interoperable so users could decamp to competitors if they felt they weren’t treated right in order to coerce Facebook to act better.

The policy change will apply retroactively. Old apps that lost Find Friends or other functionality will be able to submit their app for review and, once approved, will regain access.

Friend lists still can’t be exported in a truly interoperable way. But at least now Facebook has enacted the spirit of that call to action. Developers won’t be in danger of losing access to that Find Friends Facebook API for treading in its path.

Below is an excerpt from our previous reporting on how Facebook has previously enforced Platform Policy 4.1 that before today’s change was used to hamper competitors: