BIOS, a neural engineering startup originally based out of Cambridge, U.K. and now with an additional newly opened R&D office in Montreal, Canada, has raised $4.5 million in seed funding. The company is developing a “neural interface” that combines advances in hardware, big data and machine learning/AI, which it’s hoped can be used to develop new cutting-edge treatments on organs and nerve systems throughout the body.

The startup and Y Combinator alumnus is also disclosing additional non-dilutive funding in the form of grants and awards from Cisco, MassChallenge UK and Innovate UK. Michael Baum’s Founder.org was also an early backer.

Formerly known as Cambridge Bio-Augmentation Systems (CBAS), BIOS’ first product is described as akin to a “USB connector for the body” and has been used to develop a Prosthetic Interface Device (PID) that allows amputees to connect a range of prostheses directly to the nervous system. The PID is about to enter clinical trials and enables neural signals sent by a person’s nervous system to be interpreted and in turn control a connected artificial body part. 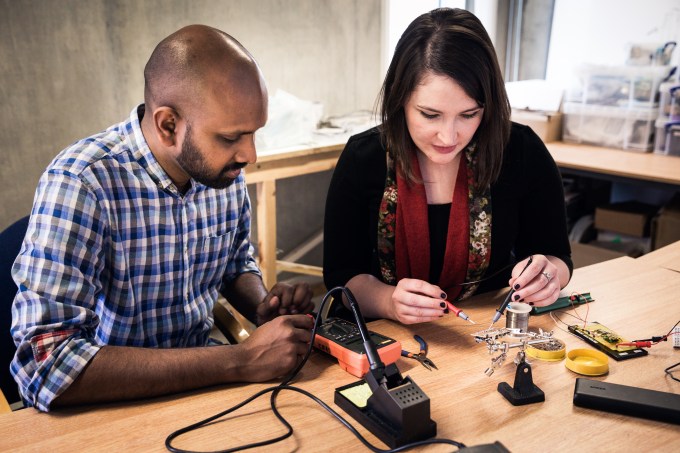 BIOS is co-founded by computational neuroscientist Emil Hewage and bioengineer Oliver Armitage, and in a brief call the pair explained that the R&D involved to develop the PID saw the young company not only make significant breakthroughs in the hardware required, including developing safe and accurate hardware, but also enabled the company to amass a very large neural data set and further develop its algorithms for future use cases.

More broadly, the challenge in this field is how to collect and process large amounts of neural data and then accurately interpret the neural signals, which Hewage and Armitage say are incredibly noisy, continuously changing and travel throughout the body at incredible speed. In other words, a job best suited to machines underpinned by machine learning/AI.

Further into the future, BIOS wants to directly connect to the nervous system via its neural interface and then use AI to “read and write” onto the nervous system to deal with the root cause of various chronic conditions. The detection and potential to “correct” neural signals could mean, for example, the development of an alternative way of treating high blood pressure that doesn’t rely on conventional medicine or can treat drug-resistant hypertension.

The plan is for BIOS to develop some products and treatments of its own, but also to partner with various companies and organisations. The premise is that the company can focus on the core interface and related AI, while the eventual applications can be as wide and vertical as advancements and interest allows. Related to this, BIOS is advocating and helping to push industry standards and formats for neural data.

On that note, BIOS says it will use the funding to double its technical team, and further develop its core neural interface technologies. In addition it plans to expand access for commercial and academic partners through a variety of tools, data sets, and algorithms for “discovering and leveraging biomarkers in neural data.”