Brett Moskowitz Contributor
Brett Moskowitz writes about cocktails and spirits for a variety of publications, including Food & Wine, Esquire, Saveur, Tasting Table, Liquor.com, Neatpour, and others. He lives in New York City.

When Alexis Ohanian, co-founder of Reddit and Initalized Capital, approached the members-only spirits subscription club Flaviar about bringing an Armenian brandy to market, he saw it as a unique opportunity to honor his paternal heritage.

“My father’s side all fled during the genocide,” Ohanian told me in an interview. “He grew up pretty Americanized, but the food and drink were the big parts of the culture that were passed down.”

Ohanian spent some time in Armenia as an adult and became acquainted with the tradition of taking shots of the local brandy, called “konyak,” out of sliced apricots. And he wanted to expose Americans to the highest-quality aged Armenian brandy. 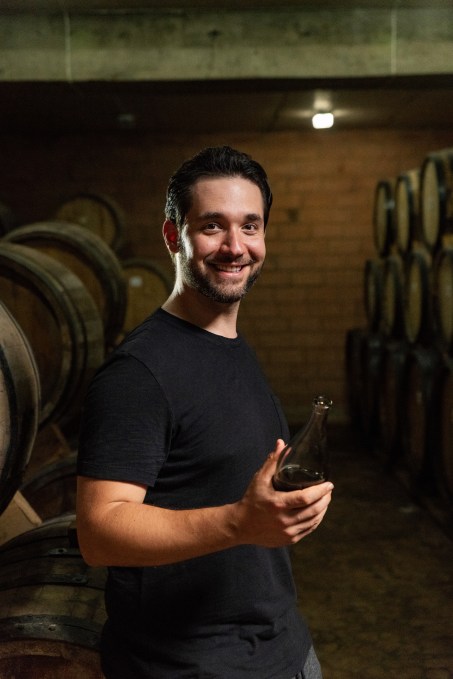 So when he received the investor update about Son of a Peat, a whiskey that Flaviar made for its members, he saw that the company was capable of bringing its own spirits to market. It was a new direction for Flaviar, and he thought it opened the door for him to have his own product. Ohanian decided to pitch his idea to the team.

“For most Americans, this is their first exposure. If we can make it a thing in America, I’d love to pull that off,” Ohanian said. “It’s not often that I do this with one of the companies I invest with; I chatted to  Jugoslav Petkovic and Grisa [Soba], the founders of Flaviar, about creating my own spirit. I proposed the idea of Armenian brandy. They were like, ‘this is weird, but we’ll look into it.’

He says that there are not many Armenian exports that people are aware of and has a hunch that more than just Armenians will like the brandy. “I hope I can be a good ambassador for it.”

Flaviar agreed to make the brandy for Ohanian who decided to call it Shakmat — “chess” in Armenian. “Chess is a huge part of the Armenian identity. So is Armenian konyak.”

The launch of Shakmat is an expansion of the relationship between Ohanian and Flaviar, which recently began developing its own spirit brands after initial success building a consumer base with subscription deliveries of spirit-tasting boxes. Since beginning operations in 2012, Flaviar has grown to include thousands of annual subscribers in the U.S. and Europe. In addition, the $210 yearly fee gets members access to live tastings and discounts on exclusive bottlings and private labels.

After initial funding from a local angel investor, and later one of the first investments from Speedinvest’s first fund, says Petkovic, Flaviar went through Y Combinator in the summer of 2014.

It was there where Petkovic and his co-founder Grisa Soba met Ohanian. “He, among several other YC partners, ended up investing personally, as well. We raised a few undisclosed rounds of funding since then.”

Ohanian says that what drew him to Flaviar was its unique approach to connecting with consumers in the spirits marketplace. “This was before ‘direct to consumer’ was a thing,” Ohanian says. “The state laws around liqueur sales were starting to change, because of e-commerce. And what [Flaviar] realized was that you could build a relationship with customers around liquor. We can focus on curating really great juice. And we have enough credibility now that we can make our own.”

The privately held company purchased competitor Caskers.com earlier this year and has an ambitious vision based on the idea that spirits remain inaccessible to most consumers who are interested in educating themselves about what’s out there.

“We always envisioned Flaviar as a lifestyle club to which members would belong for years,” says Petkovic. “We believe new products are best discovered through curated selection, education and engagement with a community of people who share your passion.”

Shakmat launched in the U.S. on November 12. Ohanian says he was thrilled at the opportunity to provide a platform for a deep cultural tradition and to donate 10 percent of profits to the community by supporting Armenian reforestation efforts.  (Armenian forests were severely depleted during the Soviet occupation because of the need to use wood as an energy source.)

The first run of Shakmat includes 2,400 bottles of the 80 proof (40% ABV) 23-year-old brandy, but don’t be surprised if another run hits the market soon. Bottles can be purchased by Flaviar members for $95 and non-members for $110.