Augmented reality has been a buzzword for years, but for the most part, it has remained a novelty. WiARframe, which is competing in our Startup Battlefield competition today at Disrupt Berlin, believes that we are still very early on in the AR game and that part of what is holding the market back is that the tools need to become easier to use and that designers need to find better ways to find inspiration for their AR experiences.

WiARframe tackles these issues by providing budding AR designers with an easy-to-use web-based interface for building AR experiences and a community feature that allows them to share these experiences with anybody who downloads the company’s iOS and Android apps.

The actual scene editor, the company’s founder Jeremiah Alexander told me, is modeled after other 3D modeling tools. In it, you can lay out the scene, but then also make it interactive. Typically, developers would do this in a complex and multi-faceted tool like Unity, but Alexander argues that the barrier of entry there is still too high for many non-developers, while wiARframe removes a lot of that complexity by offering a specialized tool that’s only for building AR experiences.”Unity is not for designers,” he told me.

In addition to being able to import 3D models, the tool also allows designers to add menus to a scene that can be used for settings or other in-app experiences.

As Alexander stressed, though, the community aspect of the service may be just as important. The idea here is to allow other designers to take existing scenes and remix them. That’s not unlike what Microsoft is doing with Paint 3D and Remix 3D, though Alexander likened it more to GitHub. 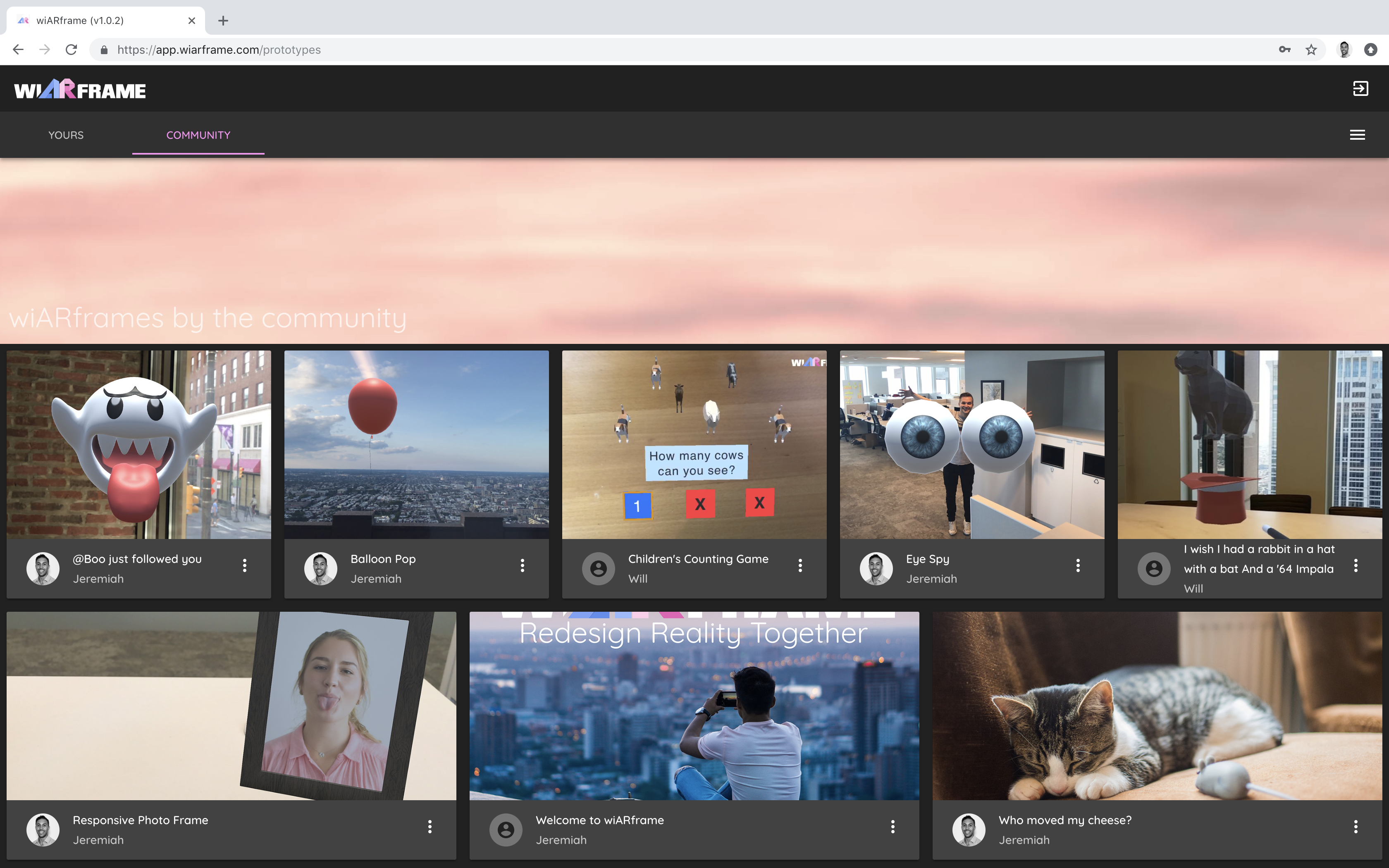 GitHub is also the inspiration for what will likely become wiARframe’s business model in the long run. Like on GitHub, wiARframe users will be able to use the service for free, but their creations will be public. To make them private, users will have to pay. In the long run, the company may also offer an enterprise plan with additional features.

While wiARframe started out with Alexander as a solo founder, the company now has three full-time employees. The team went through the Comcast NBCUniversal Techstars program earlier this year, and Alexander has an extensive background in designing games and other digital products. Indeed, early on in his career, he built tools for developers at Atari.

Alexander compared the state of AR to the early days of the web, where you had to be pretty technical to get started. The idea behind wiARframe is to democratize the ability to create AR content. What remains to be seen is whether that consumer demand for AR will ever crystallize. If it does, tools like wiARframe will surely make it easier for anybody to jump in and build new experiences.