Dan Genduso spent nearly a decade working in consulting before landing on the Disrupt Berlin stage to launch his first startup, Apoll01 — a small company with a big idea about how to solve America’s expanding education crisis.

First at Accenture and then at Slalom Consulting in San Francisco, Genduso focused on building out customer engagement platforms that captured the workflows, institutional knowledge and digital assets surrounding the development of customer profiles.

“I was building those out and personalizing products and advertisements to people,” Genduso recalled. “I got kind of tired of doing that and started to notice that there were other applications for this technology to enable people instead of enabling companies.”

That realization started Genduso on the path that would culminate with the launch of Apoll01 and its first product, a digital identity management tool, built on Hyperledger, that the Apoll01 founder hopes will be the first step in the transformation of the American educational system.

There’s no doubt that education in the U.S. is at a tipping point. Whether or not anyone ascribes to the belief of Harvard University Professor Clayton Christensen, the progenitor of the popular theory of disruptive innovation, who predicts that “50 percent of the 4,000 colleges and universities in the U.S. will be bankrupt in 10 to 15 years,” there’s no arguing against the fact that a wave of attrition is coming for higher education in the country.

That statistic is sobering, but debatable. However, even the Department of Education and Moody’s Investor Services predict that the number of college and university closures will triple in the coming years.

What’s worrying to Genduso is that this thinning of educational opportunity for students is occurring alongside what will be rising demand for new skill sets as automation transforms the workforce. 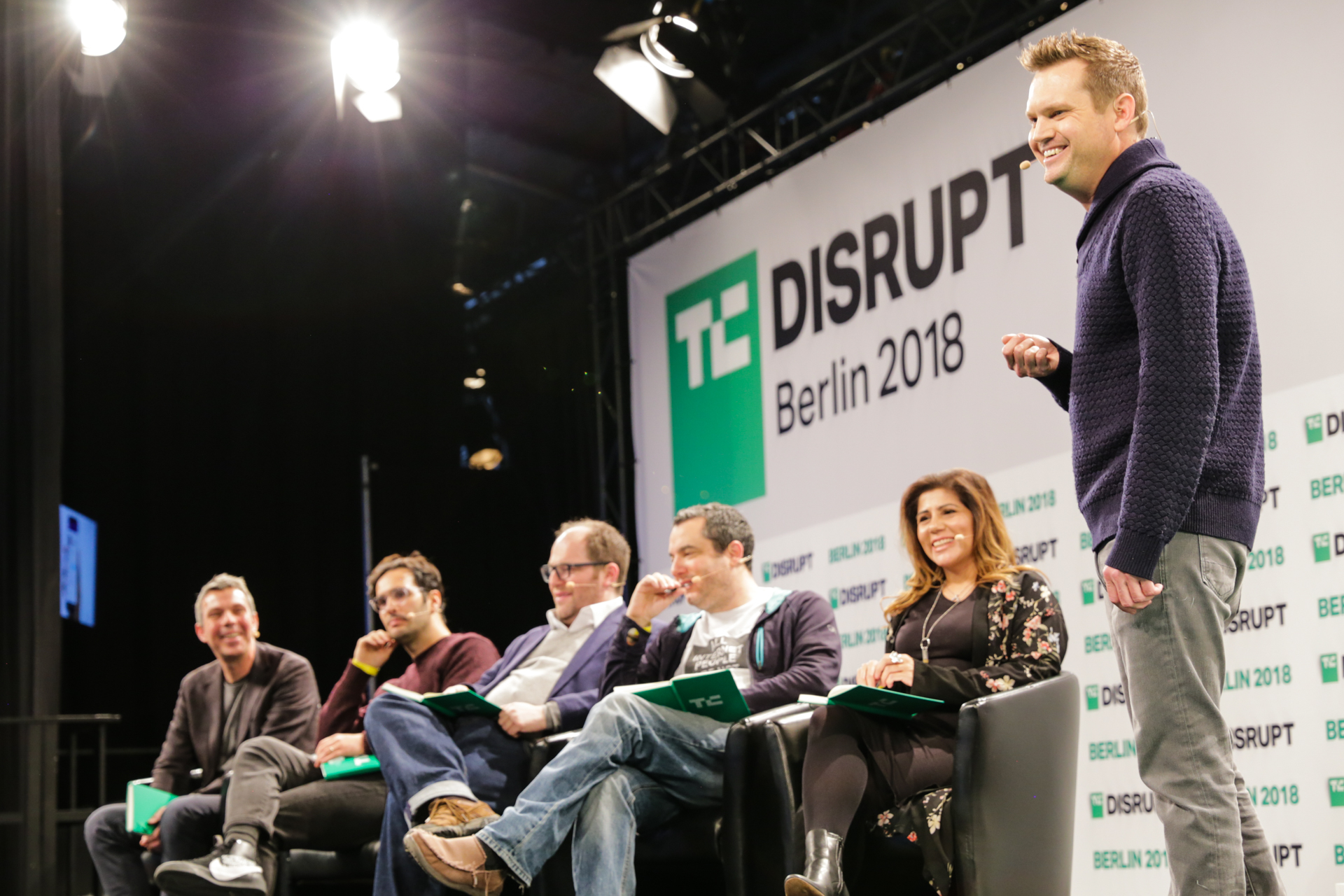 Longer term, Genduso sees Apoll01 as a new platform for managing labor in the age of automation. In a future where automation has erased traditional notions of work, Genduso sees people operating in a more flexible and attenuated gig economy where workers will be matched with short-term projects in the same way that Uber drivers are now matched with riders. He thinks that Apoll01 will be the ledger that has a full accounting of its users’ skillsets and is able to match them with the jobs that need to be filled.

“The same way I was automating operations of a company by making it so there’s no middle man, I realized I could match people to education and to work without the middleman as well,” Genduso says.

That’s the long-term vision, but the first step is getting an identity management system to store all of the different accreditations, certificates and skills that a person has amassed over their educational career in a single place. And that’s what Genduso is launching on the Disrupt stage.

“Right now, think about how there are online training platforms like Salesforce’s Trailhead,” said Genduso. “There are industry-specific schools like blockchain schools. You have specialized training schools and then you have Coursera and Udacity. There’s nothing that’s pulling those things together to put a school system together. No one is pulling that together to create an accreditation and acknowledge that what you’re learning counts.”

That vision was enough to earn Genduso a finalist slot in the U.S. Department of Education’s “Reimagining the Higher Education Ecosystem Challenge” and garner praise from the country’s controversial Secretary of Education, Betsy DeVos. Apoll01 was among a number of companies including Competency Catalyst, EdRec: Next Gen by Design, and FlexchainEdu, trying to create ways for skills learned outside of the traditional classroom to be acknowledged by employers and traditional universities.

Other companies, like Learning Machine, raised $3 million to pursue putting digital diplomas on the blockchain. In fact, traditional universities have already acknowledged the value of the tools and services that Genduso is hoping to develop. In September, Genduso was accepted into the University of Southern California’s Rossier EdVentures education technology incubator. 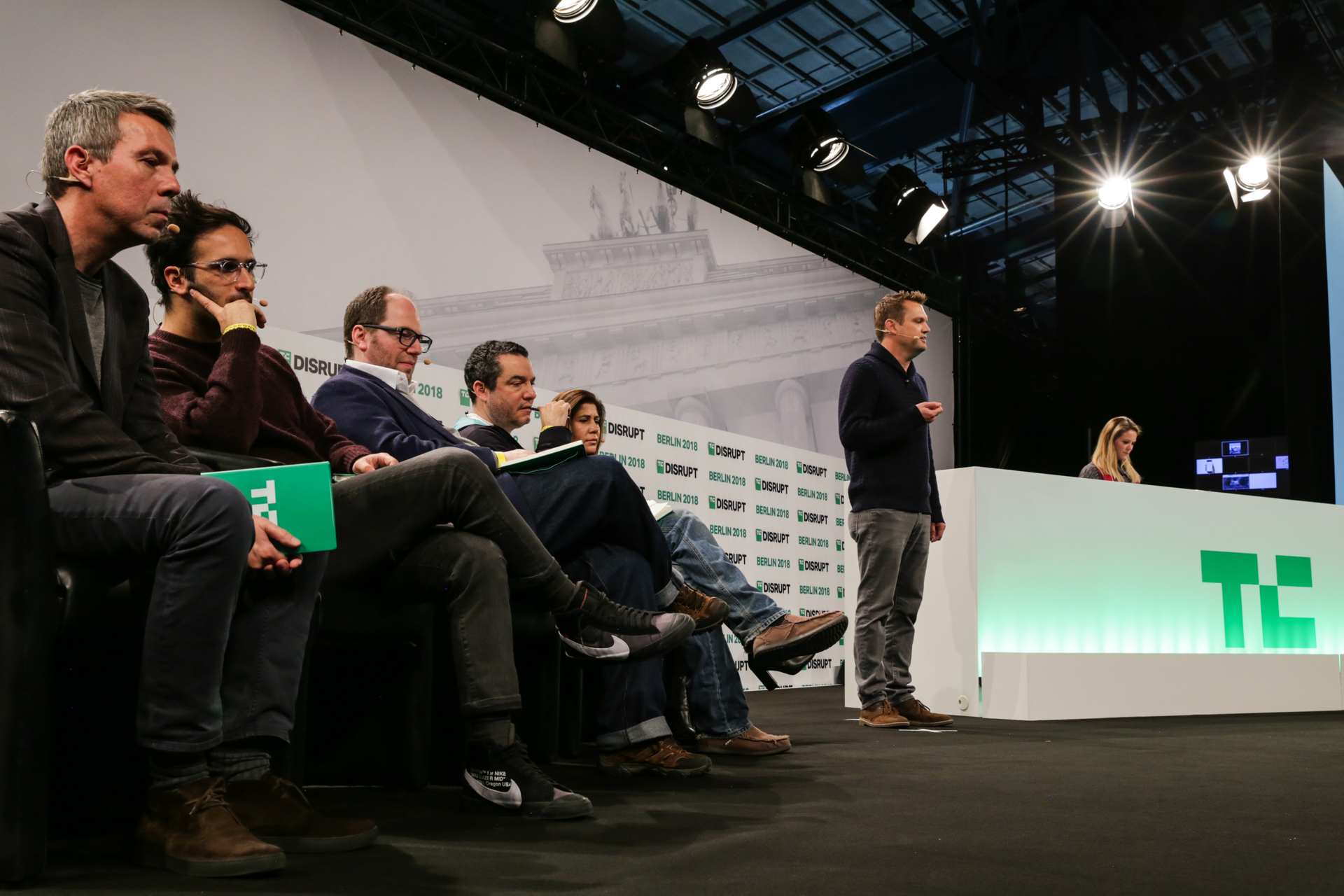 However, the entrepreneur soon realized that for Apoll01 to be successful, it would have to be independent from the university system.

“The only way there could be a profile that moves outside of the university and within the university was through an independent profile,” says Genduso. So he developed an identity management tool on top of the Hyperledger Fabric open source blockchain toolkit.

Some universities are already putting diplomas and certifications on the blockchain. Learning Machine is working with MIT to put their certifications and digital diplomas into a cryptographically secured ledger, while Southern New Hampshire University and Central New Mexico Community College, both issue blockchain diplomas.

Apoll01 already has its first customer, through a pilot with the blockchain based education company Teachur, but the company’s vision resonates with a number of different potential customers.

One of those could be edX, the online portal for massive open online courses (MOOCs) that were the darling of the education set only a few years ago. Writing in Quartz, edX chief executive, Anant Agarwal laid out a compelling rationale for Apoll01’s technology.

Education isn’t static. In this future, traditional degrees themselves may become antiquated, and employers will increasingly look for what multifarious skills learners know versus what degree they possess. Modular credentials will be ideal for working professionals who want to update their skillset to suit the shifting job market, better preparing students and adults alike for an excitingly unpredictable future.

Initially, Genduso sees his company getting traction by charging universities a small fee for access to the profiles that his users are generating. Eventually, Apoll01’s chief executive thinks there’s an opportunity to raise money through the tokenization of the platform, where advertisers, continuing education companies, and other vendors in the education space would pay for access to the profiles created on Apoll01’s platform. The key, for Genduso, is to make the system as accessible as possible for the students.

“In the next 10 to 15 years 50 percent of colleges and universities are going to be bankrupt and we’re also heading to a time when 10 percent to 15 percent of people are going to be out of work. When you look at that trajectory how do you as a person in the labor force properly prepare for that?” Genduso asked. “You can start building a profile where you’re building up a transcript that actually counts for something and you can get it from all of these different sources.”