Facebook Watch has failed to capture viewers with its content, so it’s hoping to differentiate through the company’s core strength: social. Today Facebook fully launches Watch Party, its co-viewing feature where users can see and comment on the same video at the same time, to all profiles and Pages around the world. 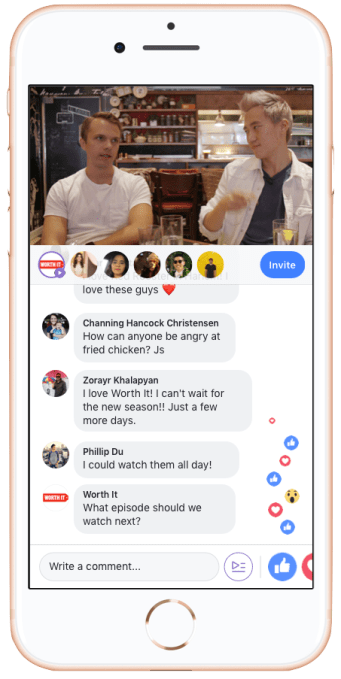 Watch Party had previously launched in Groups and been in testing with other types of accounts. But now any profile or business can post a Watch party invite to sync up with other users and simultaneously view videos they’ve discovered on Facebook.

Watch’s content lineup is still lackluster compared to YouTube, Netflix, or even Snapchat Discover. CNBC reports Facebook is giving up on younger teens that are already ditching its app, and pivoting the video hub toward an older audience. Facebook is hoping a shared experience with users commenting together on clips could make Watch more appealing, but it’s a genuinely new behavior that may prove difficult to instill.

Facebook is also testing a few other tricks to breathe life into Watch. Pages and Groups will be able to schedule a Watch Party to draw more viewers, maybe by setting up a nightly gathering. Watch Parties with lots of activity will have their comments threaded so it’s easier to follow discussions.

And most interestingly, Facebook will try allowing Watch Party hosts to go Live picture-in-picture so they can commentate in real time. This could be a hit with celebrities, as it will make users feel like they’re sitting beside them watching TV together. Basketball star Shaq will test out the Live Commentating feature through his Page tomorrow.

Watch Party’s statistics sound impressive, with 12 million started from Groups so far, 7X more daily Watch Parties in Groups per day since its launch in July and 8X more commenting than on non-Live/synced videos. Pages are using it to let fans binge-watch playlists of their old videos, replay their TV content for users in different time zones and let fans ask each other and the hosts questions about recipes as they cook.

But given Facebook’s 2.2 billion total monthly users, billion-plus Groups users and the fact that measuring growth in multiples is easy when you start with a low number, the feature clearly hasn’t reached the zeitgeist yet.

Perhaps the best hope for Watch and Watch Party is a feature TechCrunch broke the news on last week: Facebook is now internally testing a Watch Party-like co-viewing feature inside Messenger. Baking the option into chat might be a lot more natural, especially in group texts. 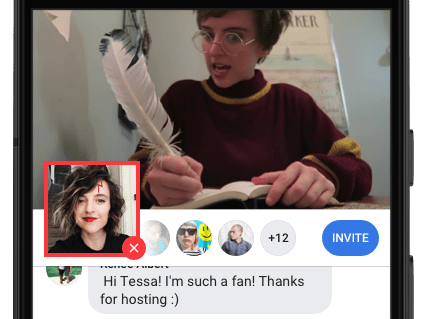 Facebook has been desperately trying to shift video consumption behavior from passive zombie viewing to interactive and social engagement with fellow viewers. But that only works if the content is compelling.

Beyond a reboot of MTV’s The Real World, nothing on Watch truly stands out. Facebook may need to open up its wallet and pay big for more tent pole shows to pull in users and hope they get lost commenting on clips with friends and like-minds.