Lifelong PlayStation fans have probably decided already if they’re interested in buying the PlayStation Classic — particularly since Sony has already released a list of the 20 games preloaded on the console.

But the company has also said it wants to attract players who are new to the platform — the kind who like the idea of finally checking out classic titles like “Final Fantasy VII,” “Metal Gear Solid” and “Grand Theft Auto” without actually having to track down 20-year-old hardware.

That’s me: a PlayStation neophyte who’s spent the past couple of weeks with a Classic, getting a crash course on the console’s best games. I’ll admit that I couldn’t quite match the dedication of my colleague Devin Coldewey, who reviewed all 30 games on the Nintendo Classic. Instead, I tried out 10 of the 20 preloaded games, and since I was usually playing with friends or family, I spent more time with the titles that supported two players.

Let’s just get this out of the way: If you’re thinking about getting a Classic, particularly if you’ve played and enjoyed these games in the past, you should go for it when it hits shelves on December 3. It’s hard to argue with the value of getting 20 games for a price of $99.99.

If you’re wondering about the hardware, the console feels almost comically small (Sony says it’s 45 percent smaller than the original PlayStation), but all the games loaded up and played smoothly.

My only real complaint is that the controller cords are too short, requiring me to either sit at the very edge of my sofa or move chairs closer to the TV. If you’ve got a normal living room setup, I suspect you’ll have similar issues, but this is something Nintendo Classic and Super Nintendo Classic owners have to deal with, as well.

The bigger question is: Do the games have anything to offer besides nostalgia? The answer varies from title to title.

“Cool Boarders 2,” for example, is very ’90s — I got a good laugh out of the extreme opening montage, followed by the process of styling my badass snowboarding avatar.

Meanwhile, if you’re familiar with the expansive world and fun storylines of the “Grand Theft Auto” franchise, then the original game will feel simplistic. It’s worth playing to see how the writing and technology have evolved, but after a few minutes you’ll probably be tempted to swap it out for one of the later games.

And time seems to have been particularly unkind to “Resident Evil,” where any scares are now fatally undermined by the combination of amateurishly acted cut scenes and blocky animated gameplay.

There’s no denying that my lukewarm response to some of the games reflects my age and gaming history — the PlayStation simply doesn’t have the same childhood associations for me as the Nintendo Classic. But there may also be something inherently awkward about where these games fall in the industry’s broader evolution: They don’t have the “classic” look or easy-to-learn gameplay of 8-bit or 16-bit Nintendo titles, while still feeling primitive by the standards of today’s consoles. So you don’t get the nostalgia hit of an older game, or the genuinely impressive visuals and depth of a new one.

That doesn’t make them bad games; it’s just harder to enjoy them in 2018. At the very least, there may be an adjustment process. (I took the PlayStation Classic with me when I was visiting family for Thanksgiving, and at one point my mom asked, “Why does everyone look so strange? Why can’t you see anything on their faces?”)

Even if we were still impressed by the graphics, not all of the games are winners, offering little now beyond historical curiosity. But the best titles hold up well: Thanks to games like “Tekken 3,” “Twisted Metal” and “Super Puzzle Fighter II,” I’ve spent a good portion of the past couple weeks frantically mashing my controller as everyone I know took a turn at humiliating me, whether that was whizzing past me on a race track, knocking my fighter out again or lining up the perfect set of “Puzzle Fighter” combos to leave me helpless to respond. 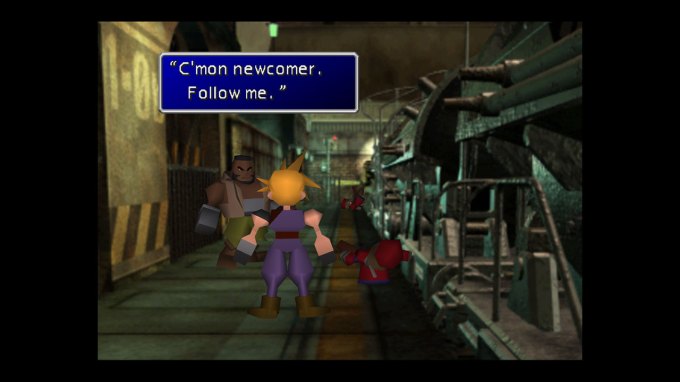 And you won’t be surprised to hear that “Metal Gear Solid” and “Final Fantasy VII” are still really, really good — as I played “Metal Gear,” I became less and less conscious of the graphics, and more and more immersed in the stealth gameplay and convoluted storyline. (I never stopped cringing at Solid Snake’s habit of constantly hitting on all his co-workers, though.) And with its stunning steampunk-y environments, “Final Fantasy VII” is probably the best-looking game in the collection, one that feels timeless rather than dated.

In a lot of ways, playing games on the PlayStation Classic was like watching a classic film. You may snicker at first at the primitive special effects (or graphics), and sometimes the old clothes, hairstyles and acting may be hard to take seriously. But that’s the easy response. If you’re willing to dig, you’ll find plenty of rewards under the surface.