Since planes were invented, they’ve flown using moving parts to push air around. Sure, there are gliders and dirigibles, which float more than fly, but powered flight is all about propellers (that’s why they call them that). Today that changes, with the first-ever “solid state” aircraft, flying with no moving parts at all by generating “ionic wind.”

If it sounds like science fiction… well, that’s about right. MIT’s Stephen Barrett explains that he took his inspiration directly from Star Trek.

“In the long-term future, planes shouldn’t have propellers and turbines,” Barrett said in an MIT news release. “They should be more like the shuttles in ‘Star Trek,’ that have just a blue glow and silently glide.”

“When I got an appointment at university,” he explained, “I thought, well, now I’ve got the opportunity to explore this, and started looking for physics that enabled that to happen.” 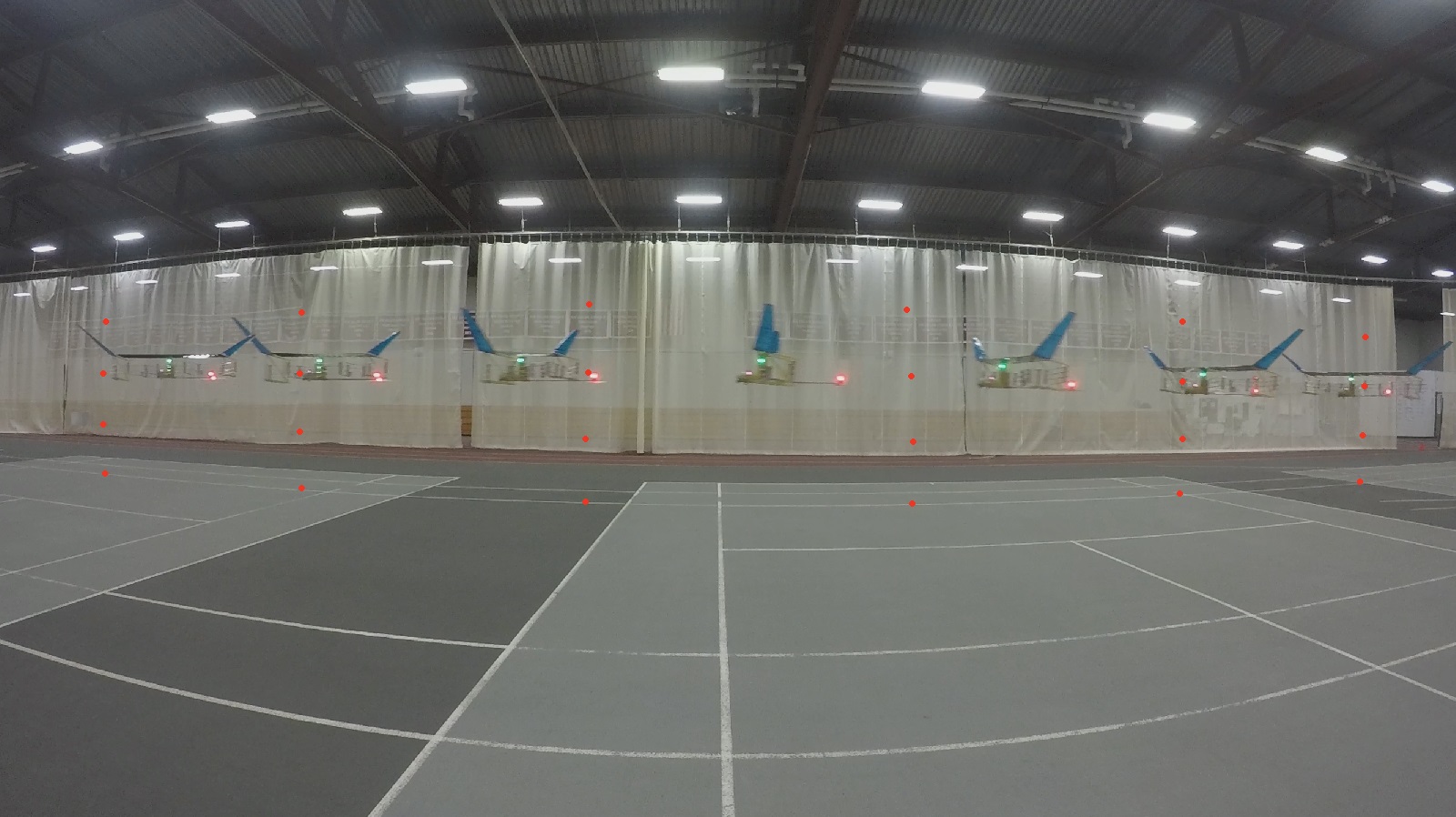 He didn’t discover the principle that ended up making his team’s craft fly — it’s been known about for nearly a century, but has never been able to be applied successfully to flight.

The basic idea is simply that when you have a powerful source of negatively charged electrons, they pass that charge on to the air around them, “ionizing” it, at which point it flows away from that source and toward — if you set it up right — a “collector” surface nearby. (Nature has a much more detailed explanation. The team’s paper was published in the journal today.)

Essentially what you’re doing is making negatively charged air flow in a direction you choose. This phenomenon was recognized in the ’20s, and in the ’60s they even attempted some thrust tests using it. But they were only able to get about 1 percent of the input electricity to work as thrust. That’s inefficient, to say the least.

To tell the truth, Barrett et al.’s system doesn’t do a lot better, only getting 2.6 percent of the input energy back as thrust, but they have the benefit of computer-aided design and super-lightweight materials. The team determined that at a certain weight and wingspan, and with the thrust that can be generated at that scale, flight should theoretically be possible. They’ve spent years pursuing it.

After many, many revisions (and as many crashes) they arrived at this 5-meter-wide, 2.5-kilogram, multi-decker craft, and after a few false starts it flew… for about 10 seconds. They were limited by the length of the room they tested in, and figure it could go farther, but the very fact that it was able to sustain flight significantly beyond the bounds of gliding is proof enough of the concept.

“This is the first-ever sustained flight of a plane with no moving parts in the propulsion system,” Barrett Said. “This has potentially opened new and unexplored possibilities for aircraft which are quieter, mechanically simpler, and do not emit combustion emissions.”

No one, least of all the crew, thinks this is going to replace propellers or jet engines any time soon. But there are lots of applications for a silent and mechanically simple form of propulsion — drones, for instance, could use it for small adjustments or to create soft landings.

There’s lots of work to do. But the goal was to invent a solid-state flying machine, and that’s what they did. The rest is just engineering.