WeWork has hired Prabhdeep Singh to serve as the first global head of operations for its startup program WeWork Labs.

It’s a program that relaunched earlier this year, providing early-stage startups with desk space, educational programs and mentorship. Since the relaunch, the company says it’s opened in more than 24 locations in 14 cities across nine countries, and it’s already working with more than 1,000 startups.

“When you think about WeWork assets, it’s this massive global footprint that’s really at the nexus of startups, big corporations, small corporations, innovators, etc.,” Singh said. “With WeWork Labs, you can think of it as an innovation platform that supports these early-stage startups.”

Singh was most recently at Uber, where he held a number of roles, including head of enterprise at Uber Eats. He’s also led the corporate innovation division at Gerson Lehrman Group and co-founded the FinTech Innovation Lab, an incubator for financial tech startups.

While you can think of WeWork Labs as the co-working giant‘s take on an accelerator or incubator, Singh noted that there are a few key differences. For one thing, WeWork isn’t taking any equity: “We give you a really fair deal on discounted space in a WeWork area with a dedicated Labs manager.” (Pricing differs depending on the location — in Seattle, it’s $390 per person per month, while in Manhattan it’s $550.)

For another, WeWork Labs is simply working with a lot more startups. 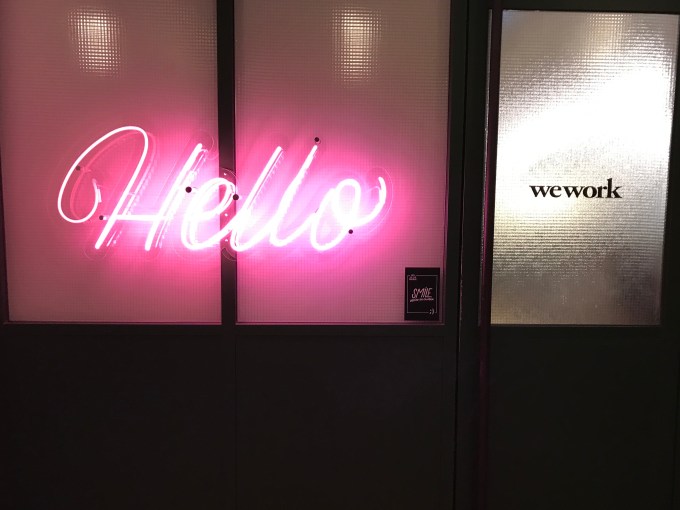 “We’re thinking about this fundamentally differently,” Singh said. “We’re not [Y Combinator with] a class of 100 startups where you get the TechCrunch writeup and that helps you scale … The idea isn’t necessarily that someone is going to say, ‘You should give me a million dollars in VC because I’m in WeWork Labs.’ We hope to give them the tools to pitch to that VC, the tools for sales and marketing.”

Singh will be working with WeWork Labs’ global head Roee Adler — the company explained that while Adler is focused on the program’s bigger picture, Singh will be handling operations and overseeing the individual Labs managers in each location.

Singh said his background in corporate innovation could help WeWork Labs build more relationships with larger organizations looking to get connected with the startup community. For example, the program collaborated with Mercer over the summer on a “technology sprint.”

In addition, one of his goals is to continue expanding the programs to new locations — not just in the obvious startup hubs, but also “where we can add the most value.”

“One of the benefits of being part of WeWork is, we have this massive footprint already,” Singh said. “If you go to New York or Silicon Valley, there’s already 100 incubators or accelerators. If you go to the middle of the country, or China, or go to a place like São Paulo where we have four spaces already, this is really filling a market need.”