The Amazon Go store requires hundreds of cameras to detect who’s picking up what items. Standard Cognition needs just 27 to go after the massive market of equipping regular shops with autonomous retail technology.

Walk into one of its partners’ stores and overhead cameras identify you by shape and movement, not facial recognition. Open up its iOS or Android app and a special light pattern flashes, allowing the cameras to tie you to your account and payment method. Grab whatever you want, and just walk out. Standard Cognition will bill you. It even works without an app. Shop like normal and then walk up to a kiosk screen, the cameras tell it what items you nabbed and you can pay with cash or credit card. That means Standard Cognition stores never exclude anyone, unlike Amazon Go.

“Our tagline has been ‘rehumanizing retail,'” co-founder Michael Suswal tells me. “We’re removing the machines that are between people: conveyor belts, cash registers, scanners…” 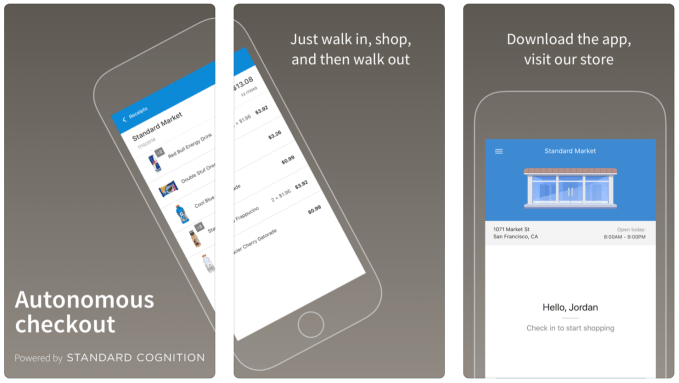 The potential to help worried merchants compete with Amazon has drawn a new $40 million Series A funding round to Standard Cognition, led by Alexis Ohanian and Garry Tan’s Initialized Capital. CRV, Y Combinator, and Draper Associates joined the round that builds on the startup’s $11 million in seed funding. Just a year old, Standard Cognition already has 40 employees, but plans to hire 70 to 80 more over the next six months so it can speed up deployment to more partners. Suswal wouldn’t reveal Standard Cognition’s valuation, but said the round was roughly in line with the traditional percentage startups sell in an A round; that’s usually about 20 to 25 percent, indicating the startup could be valued around $160 million to $200 million pre-money.

Instead of some lofty tech solution that requires a whole new store to be built around it, Standard Cognition gets retailers to pay for the capital expenditures to install its low number of ceiling cameras and a computer to run them. They can even alter their store layout without working with an engineer as they pay a monthly SAAS fee based on their store’s size, SKUs and product changes. 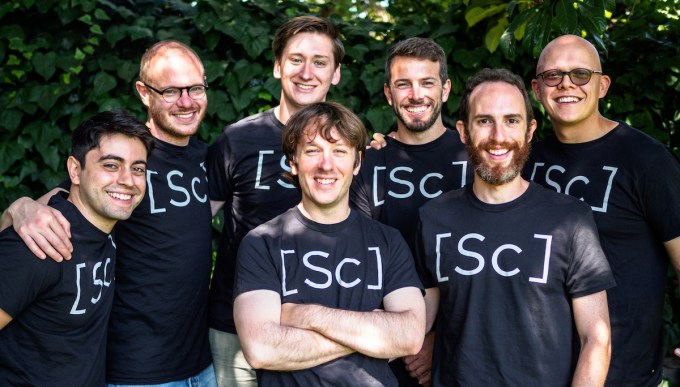 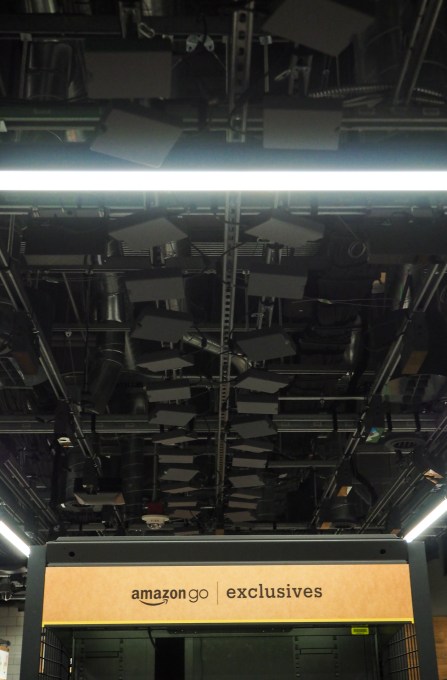 Having seven co-founders is pretty atypical for startups, but it’s helped Standard Cognition move quickly. The crew came together while all working at the SEC. They’d meet up as part of a technology research group, discussing the latest findings on computer vision and machine learning. Suswal recalls that “After about a year, we said ‘if we were going to productize this somehow, what would we do?'” They settled on retail, and narrowed it down to autonomous checkout. Then a bombshell dropped. Amazon Go, the first truly significant cashierless store, was announced.

“We initially thought ‘oh no, this is bad.’ And then we quickly came to our senses that this was the best thing that could happen,” Suswal explains. Retailers would be desperate for assistance to fight off Amazon. So the squad quit their jobs and started Standard Cognition.

In September, Standard Cognition opened a 1,900-sq-ft flagship test store on Market St. in San Francisco, besting Amazon to the punch. Customers can stuff items in their bags, reconsider and put some back, and stroll out of the store with no stop at the cashier. Standard Cognition claims its camera system is 99 percent accurate, and is trained to identify the suspicious movements and behavior of shoplifters.

The store is part of a sudden wave of autonomous retail startups, including Zippin, which opened the first one in SF; fellow Y Combinator startup Inokyo that launched a bare-bones pop-up in Mountain View; and Trigo Vision, which is partnering with an Israeli grocery chain for more than 200 stores.

Now with plenty of capital and eager customers, Standard Cognition is equipping stores for its first four partners — all public companies. Three refuse to be named, but include U.S. grocery, drug store and convenience store businesses. The fourth is Japan’s pharmacy chain Yakuodo. Standard Cognition is already working on its store mapping for its cameras and will begin camera installation next month, though it will be a little while until it opens.

Japan is the perfect market for Standard Cognition because their aging population has produced a labor shortage. “They literally can’t find people to work in their stores,” Suswal explains. Autonomous checkout could keep Japanese retailers growing. And because 70 percent of transactions in Japan are cash-based, it also forced the startup to learn how to handle payments outside of its app. That could make Standard Cognition appealing for retailers that want to embrace the future without abandoning the past.

Getting long-running retail businesses to invest in evolving may be the startup’s biggest challenge. Since they have to pay up front for the installation, they’re gambling that the system will reliably increase sales, or at least decrease labor costs. But if it makes their stores too confusing, they could see an exodus of customers instead of an influx. 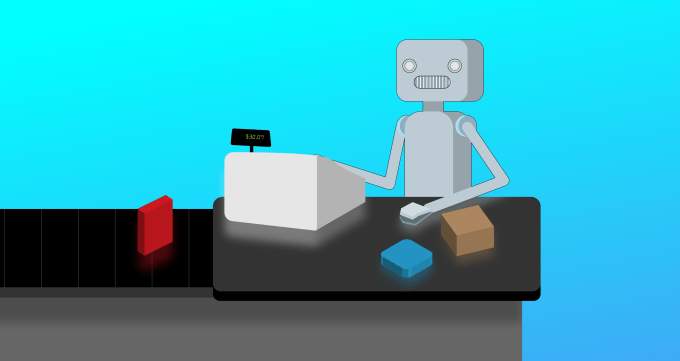 As for Standard Cognition’s impact on the labor class, Suswal admits that “the major chains will have some reduction . . . no one is going to get fired but fewer people will get hired.” He believes his tech could actually save some jobs too. “I was walking around NYC talking to (small chains and mom-and-pop) retailers about problems they face, and an alarming number of them told me ‘we’re closing in a year. We’re closing in six months.’ And it was all tied to the next minimum wage hike,” Suswal tells me.

Reducing labor costs could keep those shops viable. “These stores can stay open with a reduction of labor so people are keeping their jobs, not losing them,” he claims. Whether that proves true will take some time, but at least Standard Cognition’s tech could incentivize merchants to retrain their clerks for more fulfilling roles as concierges.