A new dispatch from our “QR Codes Are Very Much Alive In Asia” reporting program: Hong Kong’s subway system will soon allow its commuters to pay by scanning QR codes thanks to a deal with Alibaba that was announced this week.

The partnership — which is with Alibaba’s Ant Financial affiliate — will see scan-to-pay enabled at 91 MTR metro stations starting in mid-2020. Commuters will simply use Ant’s Alipay app to scan a code at the turnstile and then go on with their trip as usual. They’ll be able to top up their balance inside the app, as well as through traditional methods.

MTR also covers rail, buses and more, but it isn’t clear if and when this payment option will be extended beyond subways.

Hong Kong already offers convenient cash-free payments using its Octopus card system, which has branched out from covering rides and can be used for purchases offline among many things. Octopus says there are some 35 million active cards in circulation today — covering 99 percent of the seven million population — and the program is widely admired by other countries in Asia that are trying to replicate it. 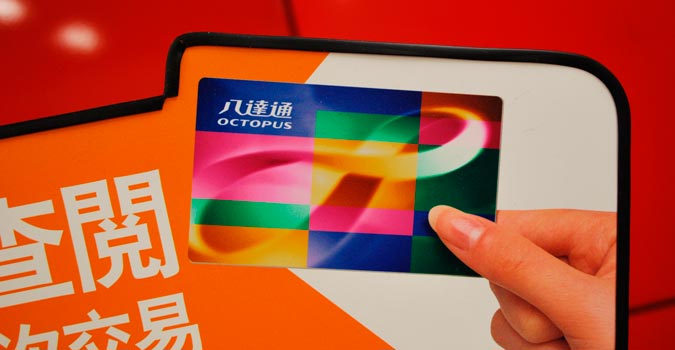 The Alipay solution also has its own merits, though. For one, QR code scans will work in places where internet connections are slow or inconsistent, plus the system could (should?) mean that visitors from Mainland China and other countries who already use Alipay can tap right into it.

For now, Alipay is best known in China — where it claims more than 500 million users — but Ant Financial is aggressively building out its presence across Southeast Asia, Korea and other markets. It seems likely it’ll be keen to link those systems with this Hong Kong program.

There’s also likely to be a lot more beyond subway rides.

Ant Financial operates a joint venture — APSHK — in Hong Kong with telecom giant Hutchison, which is aimed at bringing its tech and services to the city. It already covers offline payments and has support for taxis, but you can bet that, like Octopus, this MTR rollout will be a base to expand its services in Hong Kong to much broader areas, perhaps mirroring China where Alipay is a “Swiss Army knife” app that goes well beyond payments.

“Not only is this a recognition in AlipayHK’s technological stability, we feel confident QR Code transit technology will be successfully expanded into more aspects. Aside from gradually merging with Hong Kong’s public transports, we will also be exploring smart mobility in outbound travels by entering the most popular travel destinations of Hong Kong people, driving smart mobility across Hong Kong,” said Jennifer Tan, CEO of APSHK.

So while there are sophisticated solutions for cash-less transportation like Apple Pay, which works on Tokyo’s public transport system, don’t discount more basic-looking options like QR codes.