I love my colleague Jon Shieber, he’s a great guy. But his arguments against Amazon’s HQ2 process are just wrong, and are part of an increasingly poisonous atmosphere around employment growth and prosperity in America.

Our normally scheduled analysis of AI and semiconductors will (hopefully) restart tomorrow.

We are experimenting with new content forms at TechCrunch. This is a rough draft of something new — provide your feedback directly to the author at danny@techcrunch.com if you like or hate something here.

A tale of three arguments

Shieber’s pointed argument falls in line with the wider debate about gentrification and the steep inequality of today’s digital economy. “Amazon played everyone involved in the process: the governments that pandered to it and the media that covered it (including us),” he wrote. “Now it looks like the residents of these communities that will have to live with their new corporate neighbor are going to be left to pay for it.”

Let’s take a look at that analysis.

In the normal world of economic development, cities post potential projects as Requests for Proposals (RFPs) and then wait for applications to come in, read through them and select a winner. This is the process that New York City went through recently in selecting a group of firms to operate its new cybersecurity initiative. It’s reasonably transparent, and it is theoretically meritocratic, urban machine politics aside.

Increasingly though, companies have learned that cities will come far and wide to fight for jobs. In fact, rather than bidding for projects and having city governments or their economic development agencies select winners, companies can propose projects, have cities bid and then the CEO can make the call. I call this a “reverse RFP.”

Almost three decades ago, United ran a reverse RFP process for the creation of a $1 billion maintenance facility which ended up being a fight between Oklahoma City and Indianapolis. As The Oklahoman wrote at the time: “United Airlines on Wednesday chose Indianapolis as the site of its $1 billion aircraft maintenance center, making Oklahoma City a loser in the race for what some termed the biggest industrial development project of the decade.” Sound familiar?

Last year, Foxconn extracted up to $4.8 billion in subsidies from Wisconsin as part of a process to build a new display manufacturing plant. And of course, Amazon ran its very public process over the past months.

That Amazon felt comfortable enough to flip the script and instead have cities bid for the largesse of a corporation was galling enough. The fact that cities across America actually did the company’s bidding was proof of just how feckless, toothless, and seemingly powerless government at every level in this country has become.

Here’s the thing: Amazon is its own entity. It can make decisions for itself, in any way it chooses. Typically, corporate offices expand based on the personal decision of the CEO, maybe with some feedback from the board. When Square launched a customer operations office, it chose St. Louis, where its CEO Jack Dorsey is from. Such decisions get made every day with little input from cities.

Instead, Amazon opened that process up. It allowed cities to apply and provide information on why they might be the best location for its new headquarters. Maybe the company ignored all of the applications. Maybe it only ran the process to collect data. Maybe it just wanted the publicity. Maybe all of the above, and more. Regardless, it allowed input into a decision it has complete and exclusive control over.

Are cities “feckless” for applying? Should cities avoid competing tête-à-tête for jobs? Of course not. Cities compete every single day for individuals to move in, for small businesses to start, for federal tax funding. That competition is fundamentally a force for good, as it disciplines cities to make their residents — and future residents — happy. That’s one reason why Americans approve their local governments at 70 percent, and Congress remains mired in the single digits.

Amazon’s process hopefully woke up a number of slumbering city governments to the reality that their hometowns are not relatively as attractive as other cities. 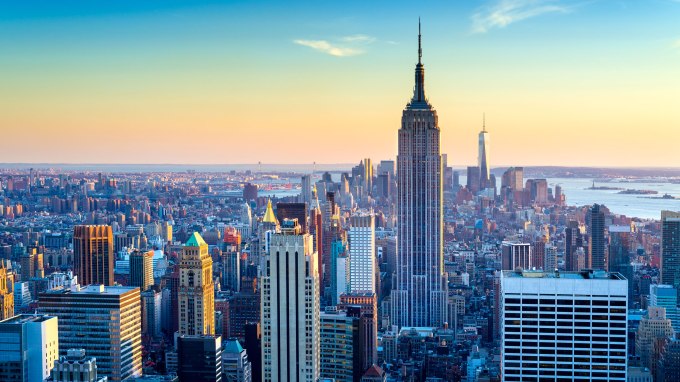 Much of the ire over the Amazon announcement yesterday originated from the company’s combined multi-billion-dollar incentive packages that it received from NYC and the DC metro area. Amazon is already one of the wealthiest companies in the world, so why then does it need further incentives that divert tax dollars from other worthy causes?

As housing prices climb in Queens for rentals, cooperatives and condominiums, the neighborhood’s existing residents will likely be unable to afford the higher property prices. They’ll be moved out and essentially Amazon will be paying for infrastructure upgrades likely to be enjoyed solely by the company’s employees — again, at the expense of the broader tax base.

The challenge to that line of reasoning, which was common in many of the arguments against the HQ2 process, is failing to look at economic development holistically as a system. Opponents spend too much time focused on the tax receipts from income from new Amazon employees versus incentives, and not nearly enough time on all the spillover effects that will take place in these two regions.

For a concrete example, Cornell Tech officially launched last year on NYC’s Roosevelt Island, which is located one subway stop from the proposed Amazon headquarters. What will the opening up of Amazon mean for the future of that new campus and its graduates? Does Cornell Tech have a better shot now at being a leading university in the computer sciences? Will more talent be drawn to Cornell Tech and ultimately into the NYC economy because of this co-location? It’s really hard to know or quantify, but the answer is almost certainly not zero.

Besides the lack of focus on spillovers, there is also this anti-gentrification line that always grates on me. If Amazon’s plans are realized, it will deliver thousands of six-figure jobs into the city. As Enrico Moretti notes in his own book, The New Geography of Jobs, it is exactly these sorts of jobs with high incomes that drive the economic vitality in cities. Killing the economy may be one way to lower housing prices, but it is a pretty foolish one.

Plus, I think there is a massive scale problem in people’s analysis of the incentives. Amazon’s incentive package for New York comes out to $1.5 billion or so. As a cost comparison, the East Side Access rail project, for instance, costs $3.5 billion a mile. New York’s incentive package is about 2,300 feet of rail, or roughly the distance between 2nd Ave. and 6th Ave.

Tech jobs are bringing new wealth to cities, and obviously there are huge challenges with housing prices and affordability. But what a luxurious problem to have.

The final point is about transparency and political decision-making. Shieber writes:

The question is less about whether Amazon’s decision to site its satellite offices in certain cities will be a boon to those cities. Instead, it’s whether the residents who already live there should be able to have a say in whether or not Amazon can come in and reshape their cities in radical ways.

But the residents in these cities did have a say — they elected mayors and governors to steer their cities and create widespread wealth. Hundreds of those elected leaders thought it prudent to apply for Amazon’s reverse RFP and sell their cities as great places for jobs.

If voters hate economic development incentives, then they can vote for politicians that will dismantle these programs. But the reality — which should be obvious — is that voters like jobs and income and employment. And they want their cities to compete and win the opportunity to bring large corporate offices to their cities, sometimes at a relatively high cost.

I frankly would love to see a more bottoms-up approach from cities around economic development, but there are frankly limits on how much the government can help small businesses. Plus, the math is often terrible — small businesses may create some local wealth, but they don’t create the kind of high-paying jobs that drive economies.

Ultimately, Amazon’s HQ2 process is a microcosm of larger forces, of technology, inequality and democracy. The arguments against the reverse RFP are often just arguments for much broader structural change. That’s fine, but ultimately counter-productive from the municipal viewpoint. Cities aren’t going to lead the charge around structural reform — that has to happen at the federal level, and possibly even at a global context to be effective. Just ask Seattle about its city headcount tax and why Amazon might be looking at a second headquarters in the first place.